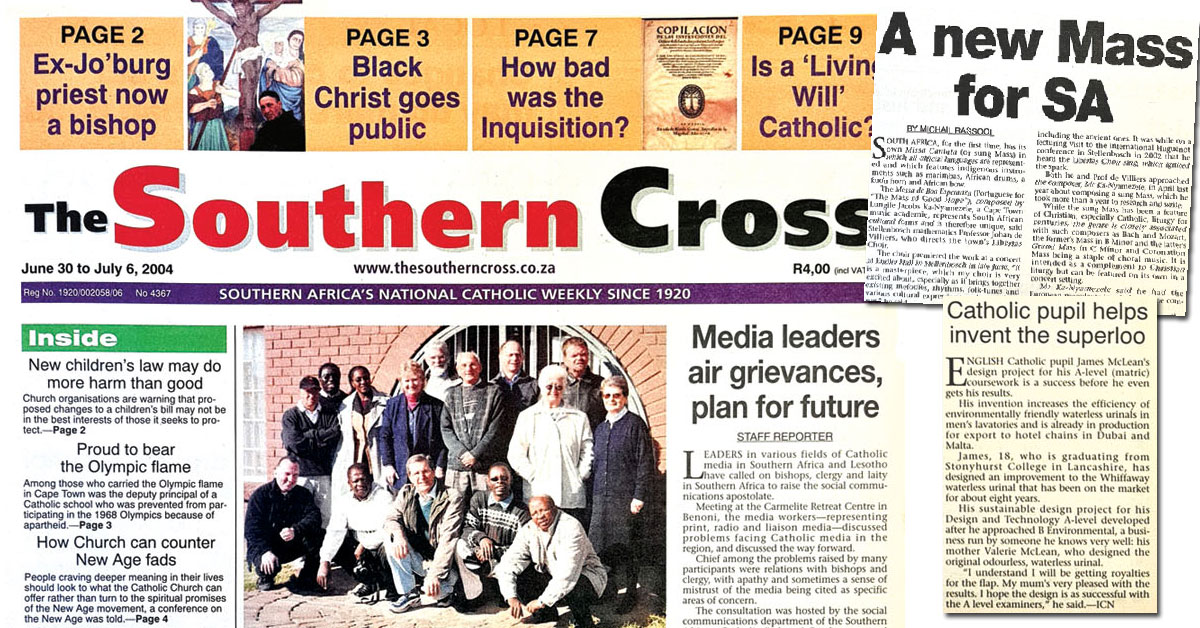 South Africa has for the first time its own Missa Cantata (or sung Mass) in which all official languages are represented. The Messa de Boa Esperanza (Portuguese for “The Mass of Good Hope”) was composed by music academic Lungile Jacobs KaNyamezele.

Fr Emmanuel “Senatla” Lafont, former parish priest of Moletsane in Soweto, has been appointed bishop of Cayenne in the South American country of French Guyana. Among several roles he played in South Africa, he was vice-rector of St Peter’s Seminary before he returned to his native France in 1997.

A community of 5 000 lay Catholics who kept the faith for more than 40 years without a priest or contact with the universal Church, has been located in a remote part of China’s Yunnan province.

In his editorial, Günther Simmermacher writes that Pope John Paul II’s repeated apologies for the excesses of the Inquisition acknowledged that in the past the Church has been responsible for what he calls “errors committed in the service of truth”. These words are significant, the editorial notes, even if the Inquisition was not equally brutal everywhere, nor always a Church matter.