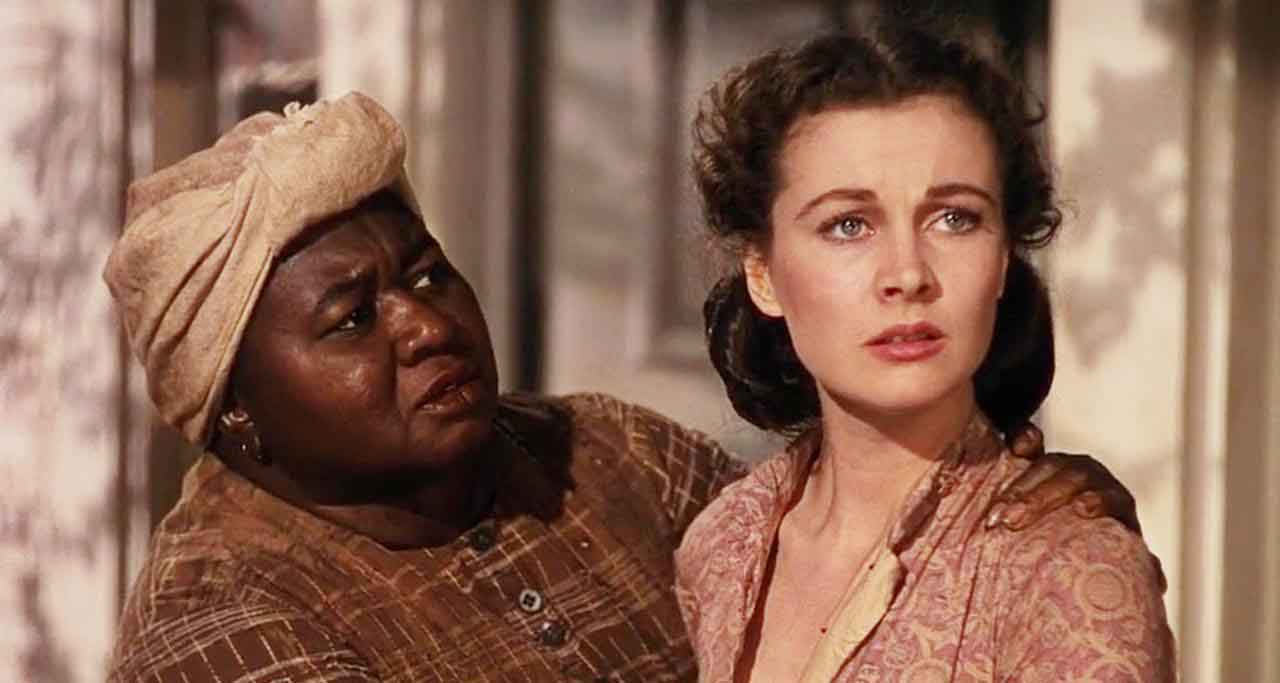 Gone with the wind

By Kurt Jensen – No motion picture drama has had the power to change minds the way the on-video death of George Floyd in the custody of police in Minneapolis recently did. No fictional feature ever will.

Death on a street, with a police officer’s knee on a man’s neck, is the brutal, unvarnished reality that has spurred thousands of protesters nationwide to march and forced legislators to ponder the role of police both as enforcers of the law and participants in a larger society.

With rare exceptions, the business model of the film industry is based on offering emotions, illusions, distraction and comfort for the largest possible audiences. Movies about racial injustice have been around since Hollywood’s beginnings. But while they add prestige and the illusion of an industry conscience, they’ve never been a foundational genre.

In the wake of the death of Floyd on May 25 – plus those of Breonna Taylor, the emergency room technician killed by police in Louisville, Kentucky, March 13, and Ahmaud Arbery, the jogger slain in Brunswick, Georgia, Feb. 23 – the film industry, like the rest of America, is coping with the latest violent evidence of the nation’s painful – and frustratingly enduring — racial divide.

An identical discussion is ongoing about reading matter, and which works of nonfiction and fiction can help. But that’s civilized and literate. The public conversation about movies – which have had their own ugly history with the lack of minority participation on both sides of the camera — is as noisy and sloppy as a family dispute.

That doesn’t indicate a lack of sincerity. It just means that film distributors, like the rest of us, are working out their confusion in real time and in full view of everyone else.

On June 9, the streaming service HBO Max announced that it was pulling “Gone With the Wind” from its rotation until “historical context” can be added to the presentation.

That came after John Ridley, the Academy Award-winning screenwriter of “12 Years A Slave” (2013), wrote about the 1939 Civil War drama in the Los Angeles Times. He described it as “a film that, when it is not ignoring the horrors of slavery, pauses only to perpetuate some of the most painful stereotypes of people of colour.”

Audiences’ search for a soothing way to cope with the Floyd murder brought one odd result. The top streaming film on Netflix over the June 5-7 weekend was 2011’s “The Help,” a drama about a white writer who interviews domestic workers in the South to bring their stories about abusive racist employers to the public.

There’s a satisfying retributive ending to the story, but the film is no one’s idea of an accurate commentary on race relations. It’s often criticized for its “white saviour” plot – and one of its stars, Viola Davis, has since disowned her participation.

Another of the film’s stars, Bryce Dallas Howard, found its sudden new popularity jarring. She posted on Facebook: “Stories are a gateway to radical empathy and the greatest ones are catalysts for action.” She also provided her own list of recommended movies on race, most of them documentaries.

Other developments were more sensible. Paramount and Warner Bros. have announced that two fact-based films dealing with race will be streaming free throughout June.

The first is 2014’s “Selma,” a biopic of the Rev. Martin Luther King Jr. starring David Oyelowo. The other, 2019’s “Just Mercy,” is a legal drama about inequities in the criminal justice system starring Michael B. Jordan and Jamie Foxx.

On July 3, Magnolia Pictures will release “John Lewis: Good Trouble,” a respectful documentary about the civil rights leader and Georgia congressman. Lewis observes of current events: “There are forces today trying to take us back to another time and another dark day.”

Lewis, a veteran of the 1963 March on Washington and a victim of racial violence in Selma, Alabama, in 1965, nonetheless remains an optimist: “I just keep on believing that we can change things. That we can make things better.”

Film dramas can inspire and educate quite well. 2018’s “Green Book,” for instance, which detailed a concert tour taken by a black pianist and his white driver, is especially good at showing examples of the nuanced ways deep-set racial prejudice worked in the 1960s.

What Howard calls “catalysts for action” may not produce a change in tenaciously held attitudes.

Yet dramas and documentaries can continue to be part of a path forward toward understanding.

In 2017, filmmaker Yance Ford, whose documentary “Strong Island” recounted his brother’s 1992 death at the hands of police, observed to The New York Times: “Only in America does it take movies to authenticate reality and not the other way around.”

Here are some recommendations:

This documentary by Ava DuVernay (who also directed “Selma”) explores the legacy of slavery, the disenfranchisement of African Americans during the Jim Crow era and the continued inequities in incarceration.

A lot of cursing, sleeveless flannel shirts, Ku Klux Klan rallies with men in hoods and a villain, Tom Griffin (Tom Wilkinson) so racist that when he’s in a Chinese restaurant, he asks whether they serve dog, make this South Carolina-set drama a little tough to take.

But writer-director Andrew Heckler tells a specifically Christian story, based on true experiences. The Rev. David Kennedy (Forest Whitaker) takes in Mike Burden (Garrett Hedlund) and his wife, Judy (Andrea Riseborough), when they become homeless after Mike relinquishes his KKK membership. Kennedy insists on praying for his enemies.

Set in rural Mississippi in the years just after World War II and based on the Hillary Jordan novel, director Dee Rees’ drama explores the interconnections between white and black farming families and the ugly realities of white supremacy and the practice of sharecropping that guaranteed income inequality.

This HBO documentary about a woman who committed suicide in 2015 in jail — she was dragged from her car during a routine traffic stop — is the rare story about police violence visited on black women rather than men.

Bland was in the habit of making Facebook videos, and in one, she told friends, “Sandy is gonna speak whenever I see something wrong.” Thanks to filmmakers Kate Davis and David Heilbroner, she’s able to continue to do so even in death.

Six years before the murder acquittal of O.J. Simpson became the national Rorschach test for racial perspective, the ending of this Spike Lee drama, set in Brooklyn, New York, achieved the same distinction.

When Mookie (played by Lee) tosses a trash can through the window of Sal’s Pizzeria, which sets off its destruction, whites and blacks inevitably see the scene differently, even though it’s well established by that point that Sal (Danny Aiello) is, to put it kindly, racially challenged.