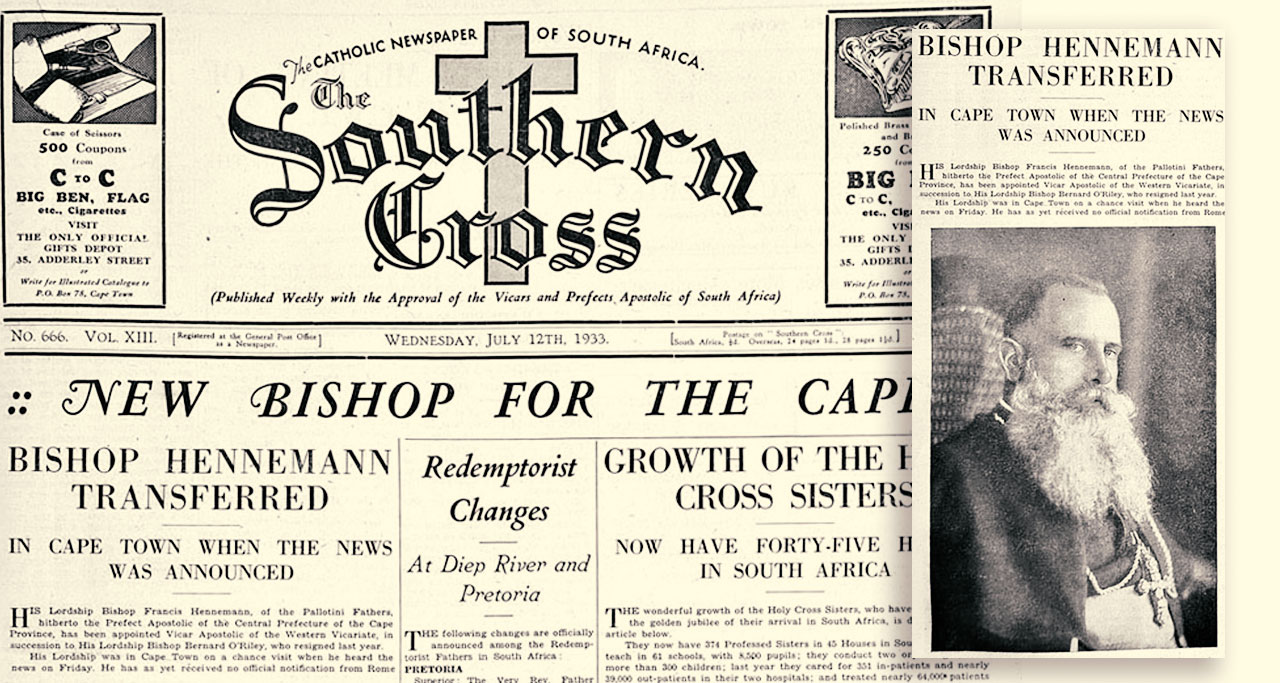 Bishop Francis Hennemann has been appointed vicar apostolic of the Western Vicariate to succeed Bishop Bernard O’Reilly, who resigned last year. By chance, German-born Bishop Hennemann—a charismatic figure with a long flowing beard—was in Cape Town when the appointment was announced. Born in 1882 and ordained in 1907, he was made a bishop in the Cameroons in 1914. He came to South Africa in 1922, taking over the Central Prefecture (Karoo and the southern Cape).

The Holy Cross Sisters are celebrating 50 years in South Africa, having arrived from Switzerland in 1883 at the request of Abbot Franz Pfanner. In 1933, there are 374 Sisters in 45 houses, running 61 schools.

The ‘loudspeaker of the Church’

Pope Pius XI told Catholic journalists that the Catholic press is “the loudspeaker of the Church”.

Editorial: The decline of humanity

In his editorial, Fr John Colgan writes that there is no “warrant in the assumption that the human race began its career in a state of barbarism and gradually fought its way to civilisation. It is more reasonable and more in accordance with facts to say that the human race started its career in a state of natural perfection and that afterwards the downward trend began.”