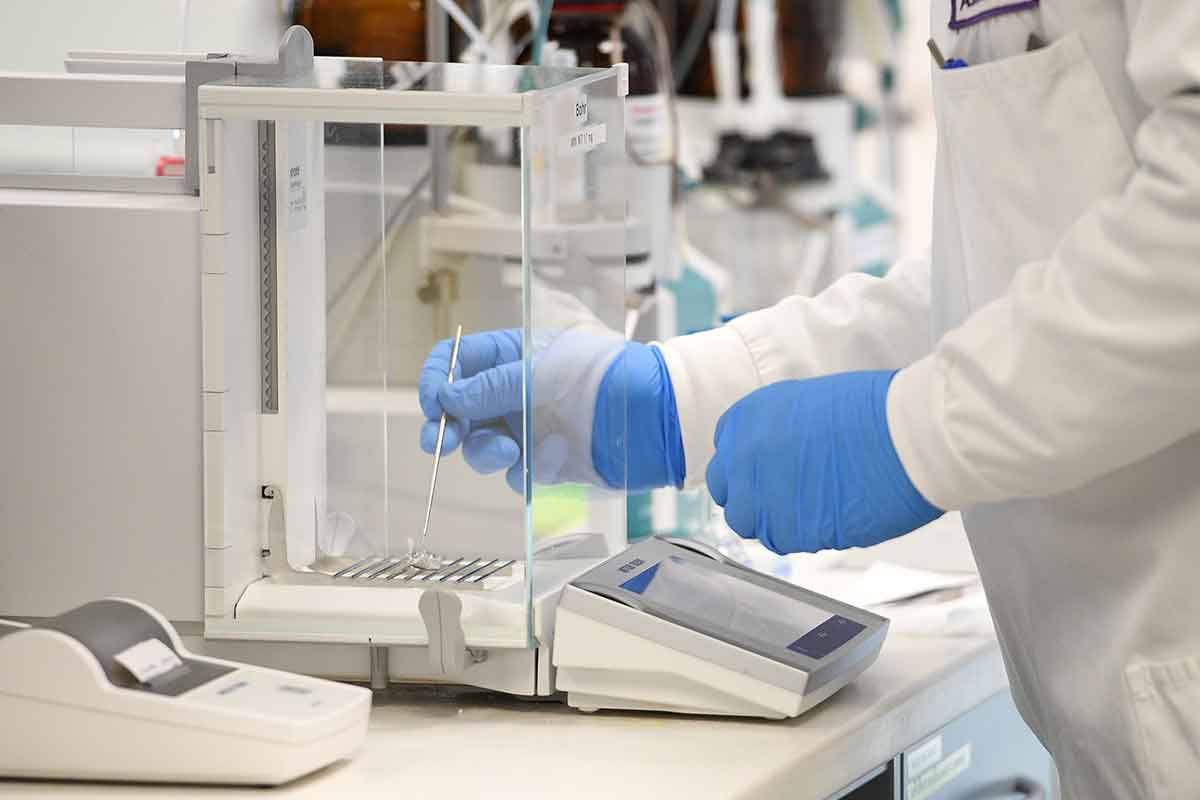 A chemist works at AstraZeneca’s headquarters in Sydney. Prime Minister Scott Morrison announced Australians will be among the first in the world to receive a vaccine for Covid-19, if it proves successful, through an agreement between the government and England-based drug company AstraZeneca. (CNS photo/Dan Himbrechts, AAP Image via Reuters)

Australia is among many governments trying to secure access to a Covid-19 vaccine being developed by AstraZeneca and Oxford University. It is one of five possible vaccines that are nearing the advanced stage of clinical trials, but it was developed using tissue from a cell line cultivated from the remains of a female foetus voluntarily aborted in the early 1970s.

In a column August 24 in the Catholic Weekly, the archbishop wrote, “I, for one, don’t think it would be unethical to use this vaccine if there is no alternative available. To do so would not be to cooperate in any abortion occurring in the past or the future. But I am deeply troubled by it.”

But, he said, others “will draw a straight line from the ending of a human life in abortion, through to the cultivation of the cell-line, to the manufacture of this vaccine. They won’t want to be associated with or benefit in any way from the death of the baby girl whose cells were taken and cultivated, nor to be thought to be trivialising that death, nor to be encouraging the foetal tissue industry.”

The way to solve the dilemma, he said, is for the government to pursue “an ethically uncontroversial vaccine.”

If not, it should assure people that “no one will be pressured to use such a vaccine or disadvantaged for failing to do so,” he said.

The government, the archbishop said, has an obligation to seek “solutions that protect the community’s physical health while also respecting its moral health and offering people choices.”

In late July, the Bishops’ Conference of England and Wales published a statement expressing hope that “ethical sourcing” of a Covid-19 vaccine is possible, but also encouraging Catholics to get vaccinated regardless.

The statement, signed by Bishop Paul Mason, the military ordinary and lead bishop for health care, and Auxiliary Bishop John Sherrington of Westminster, lead bishop for life issues, stressed “the church’s support for vaccination to protect the most vulnerable of our society, especially those affected by immunodeficiency, pregnant women and their unborn children.”

“We believe that there is a moral obligation to guarantee the vaccination coverage necessary for the safety of others,” they wrote. “This is especially important for the discovery of a vaccine against Covid-19.”

The bishops also reiterated a statement from the Pontifical Academy for Life, affirming that even though many were developed using tissue obtained from abortions performed decades ago, “all clinically recommended vaccinations can be used with a clear conscience and that the use of such vaccines does not signify some sort of cooperation with voluntary abortion.”

“Human society has often benefited from the wrongs done in the past for which we must repent,” the bishops said. “We live with the benefits of very questionable medical experimentation. For example, Edward Jenner, who invented vaccination, conducted research by injecting an 8-year-old boy with cowpox followed by smallpox. While today such experimentation would be unethical by any standards, we wouldn’t deny life-saving vaccination because of its dubious historic provenance.”

In a June 15 statement, the Pontifical Academy for Life said, “As for the question of vaccines that in their preparation may or did use cells derived from voluntarily aborted foetuses, it must be pointed out that ‘evil’ in a moral sense resides in actions, not in things or material as such,” so while abortion and the manipulation of foetal tissue are morally evil, a vaccine itself is not.