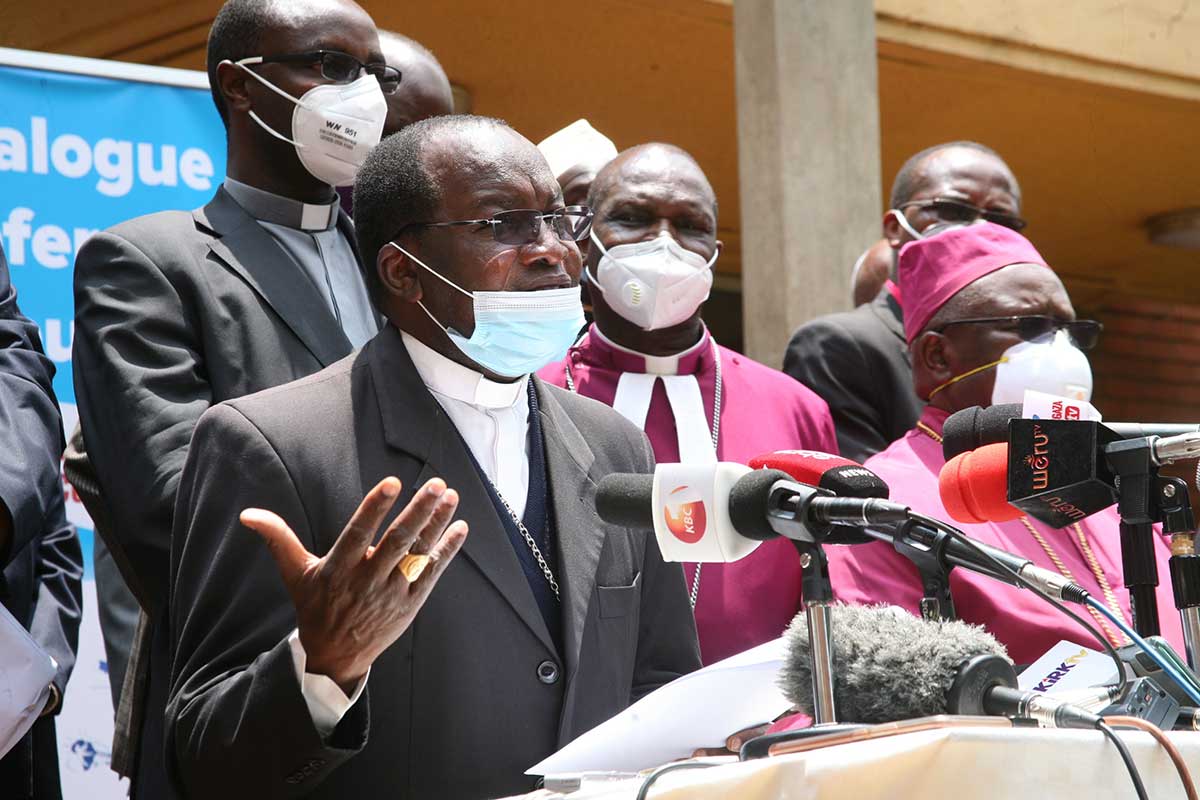 By Fredrick Nzwili –  Archbishop Martin Kivuva of Mombasa led Kenyan religious leaders in condemning an alleged theft of funds meant to fight the Covid-19 pandemic, saying such thievery would be immoral and contrary to God’s teachings.

Archbishop Kivuva, chairman of the Dialogue Reference Group, an interfaith platform of religious leaders, spoke on August 26 as anger over the alleged theft continued to rise. The anger has triggered demonstrations in towns and cities across the country, with protesters demanding the firing and prosecution of the involved government officials and their accomplices.

“It is inconceivable for us that a Kenyan can sit and plot how to steal money meant to save the lives of Kenyans,” the archbishop said, reading the religious leaders’ statement.

The East African nation has received millions of dollars in the form of grants, loans and donations to support the battle against coronavirus, but the lack of transparency and accountability in the expenditures lends credence to the allegation that they are being embezzled, the archbishop said.

He said the alleged theft was a blemish on the part of the country’s leaders, who swore to protect people’s lives and resources.

“This is a challenge for all us, but the people (involved) should … pay for their sins. It is erasing our image nationally and internationally,” Archbishop Kivuva said, responding to a question.

The religious leaders want the president to make relevant government ministries accountable for funds received, including how money was spent, names of companies that received the funds and the beneficiaries. They also urged the government to prosecute anyone implicated in the theft.

Archbishop Kivuva explained that corruption had persisted in Kenya because there was hardly ever any firm action against it.

“If the people can see culprits getting serious punishment – we have just seen a few cases – this would frighten and scare way anyone attempting to steal public funds,” said the archbishop. He noted that a negative culture and role models do not encourage respecting public funds.

The Rev. Chris Kinyanjui, an Anglican priest and general secretary of the National Council of Churches of Kenya, added: “We are not happy with corruption. We call on responsible agencies to take urgent action on those involved. Kenyans are tired of theft of public funds.”