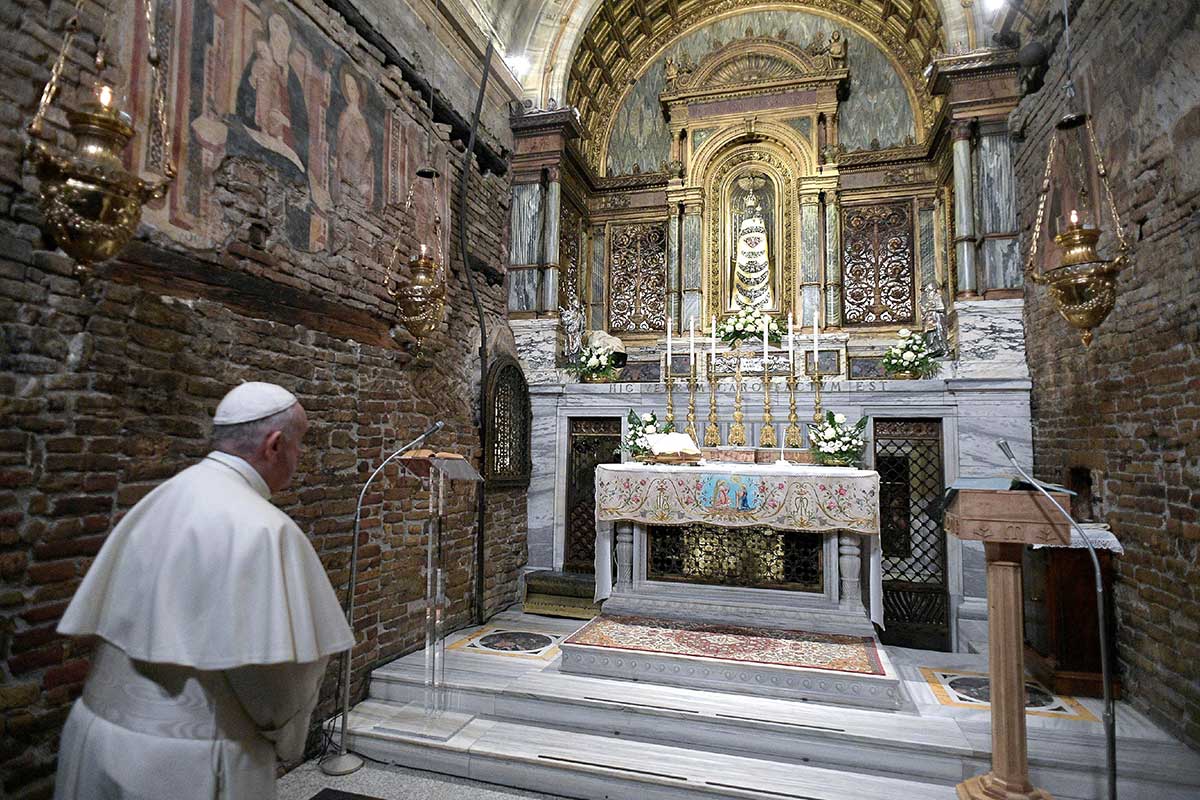 Since many of the celebrations of the Our Lady of Loreto jubilee year were grounded because of the coronavirus pandemic, Pope Francis has extended the celebration to December 2021.

“In this difficult time for humanity, Holy Mother Church has gifted us another 12 months to start again from Christ, allowing ourselves to be accompanied by Mary, a sign of consolation and certain hope for all,” said Archbishop Fabio Dal Cin, the pontifical delegate for the Shrine of Our Lady of Loreto, Italy.

The jubilee year began Dec. 8, 2019, to mark the 100th anniversary of the declaration of Our Lady of Loreto as the patron saint of aviation, aviators and air travelers. According to pious tradition, Mary’s house in Nazareth was flown by angels to Italy in 1294 after a brief stop in Yugoslavia.

Special pilgrimages and prayer services were scheduled for the Loreto shrine, but also at military air bases and in civilian airport chapels around the world. The jubilee celebrations were to conclude this year on the Dec. 10 feast of Our Lady of Loreto, but many of the events never took place.

In a decree extending the jubilee, Cardinal Mauro Piacenza, head of the Apostolic Penitentiary, the Vatican office that promotes and regulates indulgences, said that the jubilee “unfortunately could not be celebrated to its full extent because of the COVID-19 epidemic.”

But, he said, “by special mandate of His Holiness Pope Francis,” the jubilee would be extended a year as would the possibility of receiving an indulgence for visiting the shrine at Loreto or a designated military or civilian airport chapel, going to confession, receiving Communion and praying for the intentions of the pope.

Tags: Our Lady of Loreto