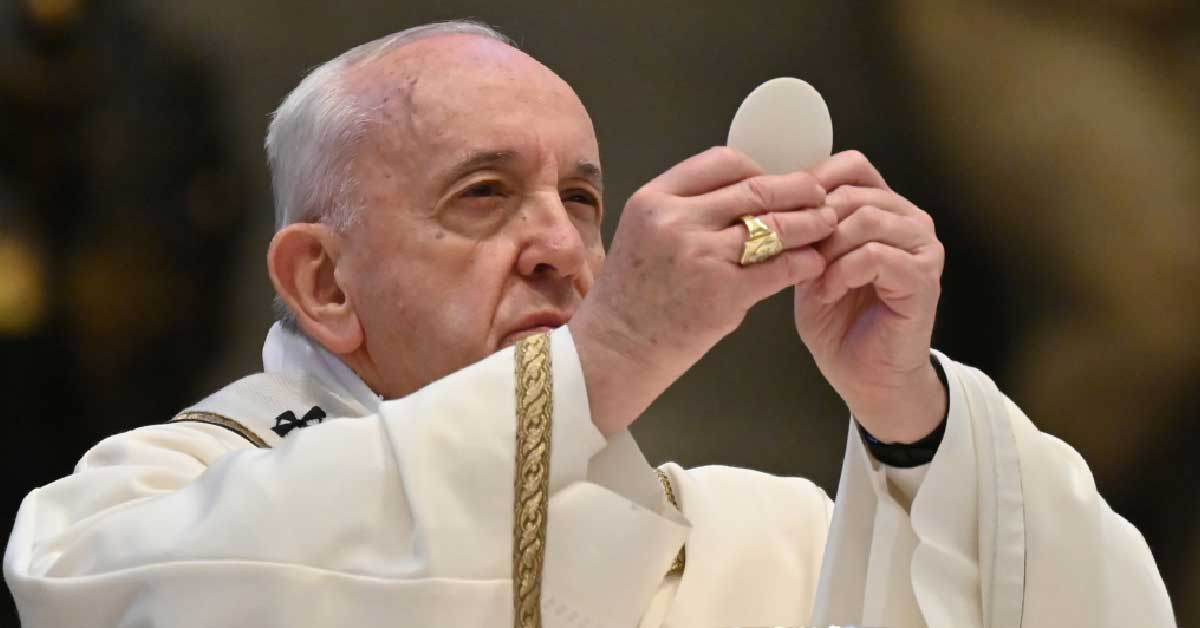 A phone call gave Bishop Luiz Lisboa of Pemba, Mozambique, some consolation in the midst of an ongoing, worsening disaster.

Pemba is the capital of Mozambique’s northern Cabo Delgado province, which is facing increasing violence, the spread of the Covid-19 pandemic on top of a cholera outbreak, natural disasters and the displacement of tens of thousands of people.

The phone rang on August 19. “I received a call from Pope Francis, who gave me much reassurance and consolation,” Bishop Lisboa told Vatican News.

“The Holy Father said he was following events in our province with great concern and that he is constantly praying for us,” the bishop said. “He also said to me that if there was anything else that he could do, we should not hesitate to ask him. He is ready to walk with us.”

Bishop Lisboa said the people of the region already were grateful for the pope specifically mentioning Cabo Delgado’s humanitarian crisis in his Easter address April 12. That mention “made other people also take notice of our plight. We began to see more congregations, some (humanitarian) organisations, individuals – both local and outside – start to reach out to help.”

“I said: ‘Holy Father, you have placed Cabo Delgado on the world map.’ He simply remarked in Italian, ‘Che bello!’ (How lovely!),” Bishop Lisboa said.

In the Easter address, Pope Francis said the Covid-19 crisis “should not make us forget the many other crises that bring suffering to so many people.” And he continued, “May the Lord of life be close to all those in Asia and Africa who are experiencing grave humanitarian crises, as in the province of Cabo Delgado in the north of Mozambique.”

According to a July report by the UN Office for the Coordination of Humanitarian Affairs, “The humanitarian situation in Cabo Delgado province, Mozambique, has deteriorated rapidly in the first six months of 2020 due to insecurity and violence, compounded by climatic shocks. At least 195 violent incidents were reported between January and June 2020.”

At least 250,000 people have been driven from their homes, the U.N. report said. The people had not recovered from the devastation of Cyclone Kenneth in April 2019 when there was a cholera outbreak. Now Covid-19 is spreading through the province and violence by groups claiming to be associated with the Islamic State group have increased.

“I told the Holy Father about the port town of Mocimboa da Praia, which has been taken by jihadists (in early August) and how we have not heard from two of our religious women in that city. The two are members of the international Congregation of the Sisters of St. Joseph of Chambery,” the bishop said. The Rome-based headquarters of the order told Catholic News Service Aug. 21 that there still had been no news of the two sisters.

“As we were concluding the phone call, the pope reminisced about his visit to Mozambique last year and said even as he was going around our country, Cabo Delgado was very much on his mind,” the bishop said.

“I assured the Holy Father of our closeness to his ministry through prayer. I told him that we pray for him every day,” he said. “As a reply, he said to me in the Spanish language, ‘Adelante!'” meaning “carry on!”

Pope Calls For Prayers For Lebanon After Deadly Explosion In Beirut