Priest Gets Liver Transplant – And The Donor Is A Former Parishioner 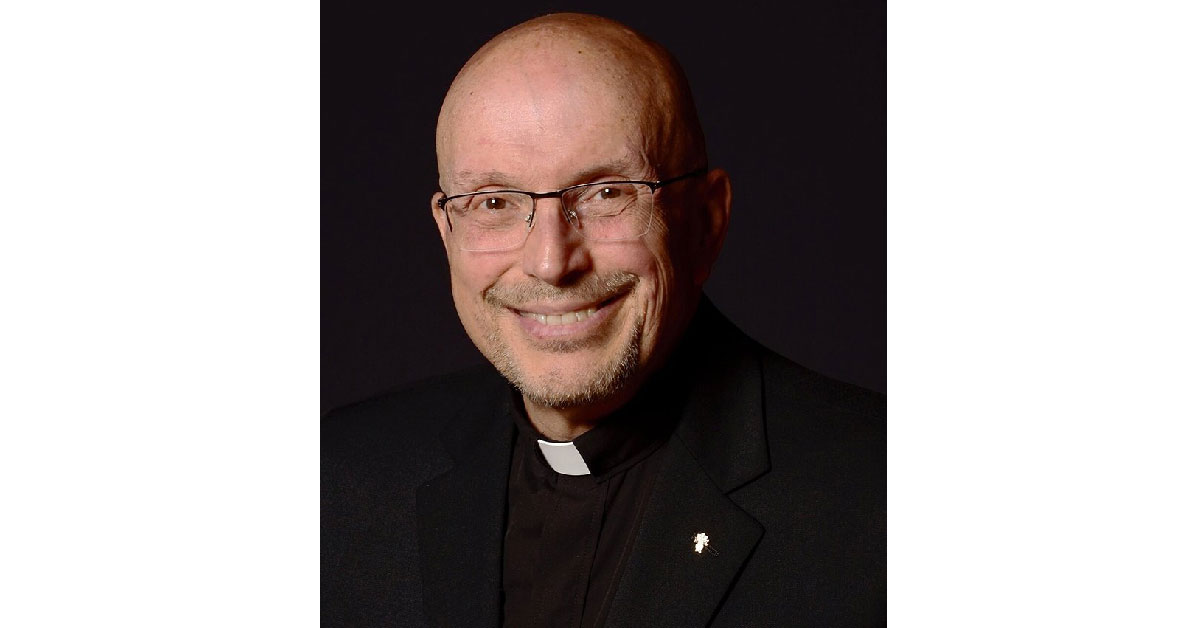 Father John Mack, a priest of the Diocese of Buffalo, New York. He recently received a “living liver” transplant from a former parishioner. Five years ago he learned he would need a liver transplant after being diagnosed with nonalcoholic cirrhosis of the liver. (CNS photo/courtesy Keenan Communications Group)

By Mark Pattison –  Thirty-seven days after his liver transplant, Father John Mack could catalogue the things he can do in recovery.

“I just did my first ride” behind the wheel of his car, he told Catholic News Service in an phone interview from his residence in Rochester, New York. “We’re backing off on blood tests and clinic visits and the only requirement is that I have someone here 24/7 with me.”

Father Mack cautioned, “We’re only in the sixth week of recovery.” But “the liver is functioning perfectly. My incision is healing. Overall, I have increased energy. The biggest problem, post-surgery: I lost a lot of weight. I hope we’ve hit the bottom plateau and are slowly building things up.” Concurrently, he noted, “my appetite has come back. I’m much more hungry than I was in the past.”

The priest of the Diocese of Buffalo, New York, had been suffering from acute liver disease and was on a waiting list for a transplant. While many transplants are done with organs from a deceased donor, living donors have been judged to be better donors. Relatives make the best donors of all.

But this would not have been a likely fit for Father Mack. Complicating matters, his age – 66 – and his status as a celibate priest and an only child gave him very few relatives whose livers would have been possible matches.

A Facebook page had been established to look for potential donors. Eventually, Father Mack found one. Rather, one found him.

Nancy Kaszynski, who lives in the Buffalo suburb of Kenmore, New York, saw a Facebook posting that referred to Father Mack’s situation.

“The name rang a bell. He was my pastor a dozen years ago” at St. Andrew Parish in Kenmore, Kaszynski told CNS in a separate Aug. 6 phone interview. “As a result, I went to the Livers for Mack website they had set up,” she said, adding, “I never sat around thinking, ‘Wow, today would be a good day for me to donate a liver.'”

After surveying the website, Kaszynski had a thought: “What if the person I remember from a dozen years ago is not a nice person? What if he’s an actual jerk? So I stared stalking him on Facebook!” As it turned out, she said, “he was the kind of person I’d give a second chance to.”

Father Mack was running out of chances. The year 2020 saw his health grow more precarious; “I really deteriorated,” he said. In February, Christ the King Seminary in the Buffalo suburb of East Aurora, where he had been chairman of the pastoral theology department, closed. In March, much of the rest of the United States closed due to the coronavirus pandemic, which put a halt to liver transplants as hospitals girded for an influx of Covid-19 patients.

But Kaszynski’s liver checked out fine, and she met the requirements set by Strong Memorial Hospital in Buffalo. Among them: She was able to not need to work for three months so she could recuperate from the donation, and she was nobody’s primary caregiver.

Kaszynski, 52, also had the option of opting out – even if she was on the gurney being wheeled to the operating room. “They said if I backed out, they would make up some excuse,” Kaszynski told CNS.

But the surgeries – his for 12 hours, hers for eight – were both successes.

Next is the recovery part.

“My immune system is suppressed” due to anti-rejection drugs he must take, Father Mack said. What’s more, he added, “I’m going to have to stay in some kind semi-quarantine situation because for several months, I’m vulnerable,” he added.

“But without immunity and without a vaccine, it’s a different situation,” Father Mack said. “I’m probably going to be in Rochester for some time to come.” Now for him comes the dilemma every other priest has already had to face since the spring: “I’ve got to brainstorm on how I can be ministerially more active without having that in-person contact.”

Following the surgery, Kaszynski was reticent about making her liver donation public.

But from talking to Father Mack, she added, “I came to the realisation that public education needs to take some kind of precedent as well, because a lot of people don’t know that livers regenerate, or that it’s possible, or that you can be back to work in three months.”

For the record, surgeons removed 68% of her liver and implanted it in Father Mack. Her liver has since grown to 90% its original size, and may not yet be done growing. Father Mack’s implanted liver also is growing, he reported.

Kaszynski said it was “the power of the prayers” that brought this about. “Definitely there was a mysterious force that called me to call Strong Hospital. There’s no other explanation for it,” she added.

“The hand of God definitely interceded in my pursuing it. And then I would say that there was definitely something when all of the forces came together: My life was good, my finances were good, my liver was good. Now are you going to do it or aren’t you? That was a prayerful moment.”

Kaszynski even received counsel from Father Mack. “That was certainly a blessed moment. The apprehension that everyone was feeling going into it. He was able to alleviate a lot of it in the conversation. It was profound. He said God wouldn’t have brought us all there through this process, through all these changes,” she said, “just to drop it now. I guess I’d have to agree with that.”

Father Mack noted the power of prayer differently in his own circumstances.

“As I was in the hospital those last several days (before the transplant) and when I was recovering, what I was depending on was the prayers of other people, not only for me but in my stead. It was during my time in the hospital. It was not as robust as I could be. I was tired, still kind of sore, not able to move around very much,” he said.

“Since then, I’ve kind of gotten back into the swing of things. I still can’t do public Mass, but I certainly pray the Liturgy of the Hours. What I’ve got to try to figure out is how to safely receive holy Communion, at least on Sundays.”

Murder Of Jesuits Was Marked With Horror, But Inspired Defence Of The Poor
Share