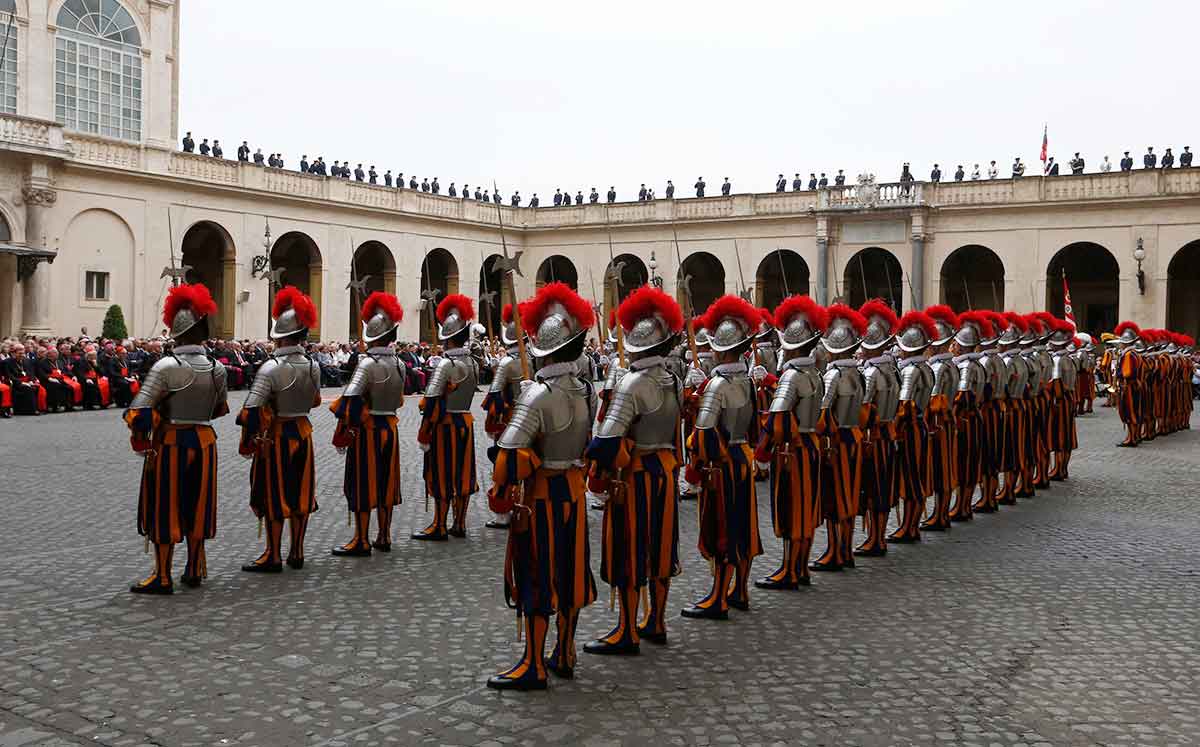 New Swiss Guard members stand at attention during their swearing-in ceremony at the Vatican’s San Damaso courtyard in this May 6, 2015, file photo. Starting Sept. 2, Pope Francis will resume his general audience with the public present in courtyard. (CNS photo/Paul Haring)

By Carol Glatz –  Twenty-six weeks after his last weekly general audience in St Peter’s Square, Pope Francis will resume his audiences with the public present, but in a Vatican courtyard.

The Prefecture of the Pontifical Household said that members of the faithful could attend the Wednesday audience talks starting on September 2.

Norms for curbing the spread of the coronavirus will be followed, the prefecture said in a written communique, and for the month of September, the audiences will be held in the large San Damaso courtyard of the Apostolic Palace.

Attendance “will be open to anyone who wishes” to participate, and no tickets are needed, it said.

Since March 11, Pope Francis had been livestreaming his general audience talks from the library of the Apostolic Palace. Aides were present to read the Scriptures and summaries of his talk in a variety of languages, but no visitors or pilgrims could attend.

The last time the audience was held with the public present was on February 26, Ash Wednesday, in St. Peter’s Square. The weekly appointment had not been scheduled March 4 because it fell within the time scheduled for the pope’s annual Lenten retreat, which Pope Francis did not attend because he had a cold.