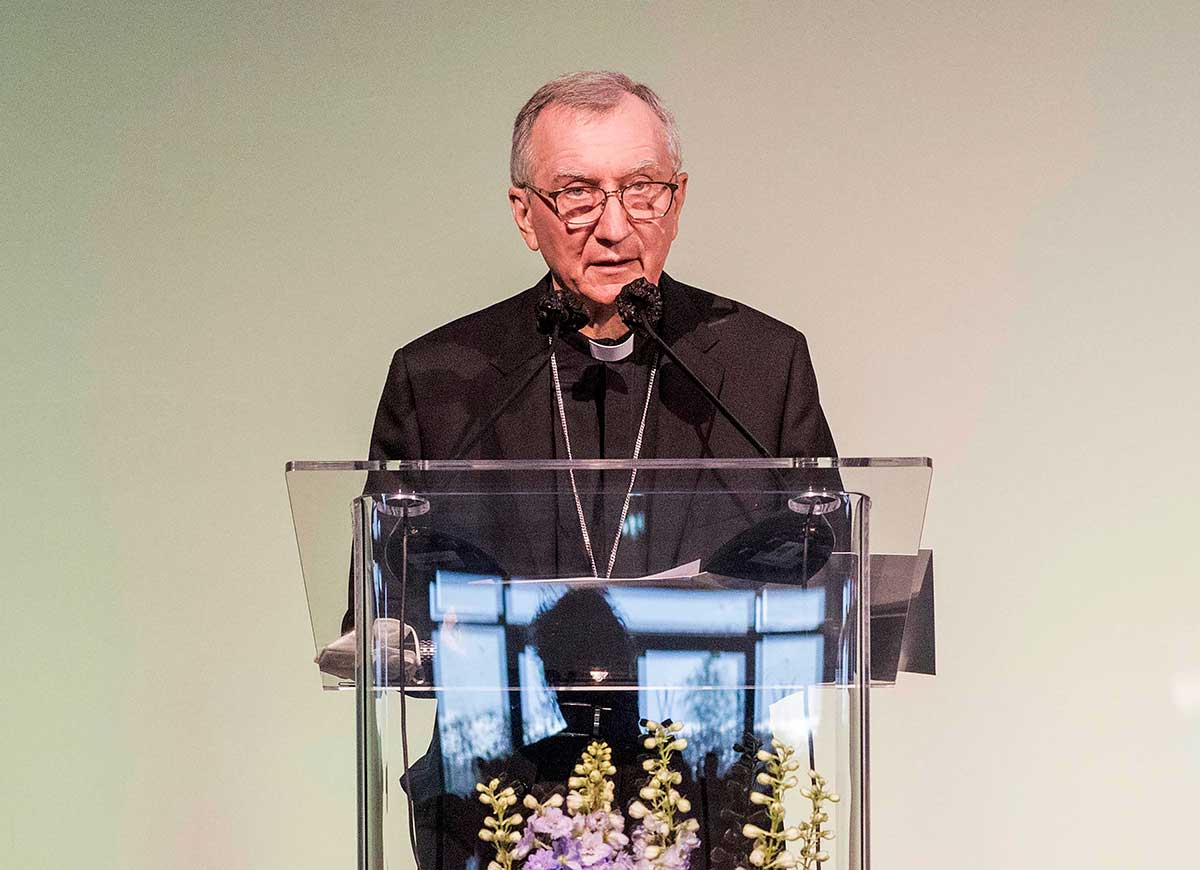 By Junno Arocho Esteves –  Although technology has made leaps and bounds over the past decades, the scientific community must not isolate itself in its own advancements and exclude religion from the search for ways to overcome today’s challenges, said Cardinal Pietro Parolin, Vatican secretary of state.

Citing Pope Francis’ call for an “interdisciplinary approach” on issues such as sustainability, Cardinal Parolin told participants at a scientific conference that science and religion must work together for the good of humanity.

An interdisciplinary approach “should not be limited to the exact sciences,” the cardinal said at the EuroScience Open Forum in Trieste, Italy.

“It should also include, for example, religion – which cannot be relegated to the sphere of the irrational – in all those forms of wisdom that humanity has developed over the course of history.”

According to its website, the EuroScience Open Forum, also known as ESOF, is a biennial conference that gathers scientists, political leaders, educators and journalists “to discuss current and future breakthroughs in contemporary science.”

In his address on the conference’s opening day, Cardinal Parolin highlighted the need for dialogue between science and faith in “envisioning and achieving a future of peaceful coexistence among people.”

Reflecting on humanity’s relationship with the environment, the Italian cardinal echoed the warnings of “an ever-growing number of voices from politicians, scientists and men and women of different religious confessions” that “humanity has produced a global impact that can no longer be undone.”

“Today, we are more and more aware, too, of the cost being paid by our planet, a cost unequally divided among the countries of the world. This profound global impact should challenge us all,” he said.

“If we want to survive and if we want life on this planet to survive, then we still have to learn to assume a responsibility for our common home on the global level,” he said. “At the same time, science by itself is not enough to resolve this problem.”

The Vatican secretary of state also reflected on humanity’s relationship with technology. Advancements such as communication and information technology, while “indeed impressive,” have drastically changed people’s lives and their interactions with others.

“Machines are becoming more human, even as human beings are becoming more like machines,” he said. “The Church is deeply concerned about the effect of this exponential digitalisation of communication and of society on young people.”

Cardinal Parolin also said that “the effects of the media diet to which all of us are exposed” has challenged people’s trust in news sources, resulting in “traditional sources of authority” no longer holding sway.

That distrust is particularly evident with the Covid-19 pandemic and “much harm was caused by incorrect scientific information,” he said.

“The pandemic seems to have created what may be the most difficult period in decades for scientific communication,” the cardinal said. “The issue is no longer just scientific fact and objectivity but — to use a biblical expression — ‘the heart of man.'”

In order to reach a true and authentic progress and ensure a better world for future generations, Cardinal Parolin said that people today must recover their “sense of what it means to be human.”

“Only by returning to a world of real and nonvirtual relationships will we be able to recover those horizons of meaning that can give rise to a shared desire to build for the future,” he said.