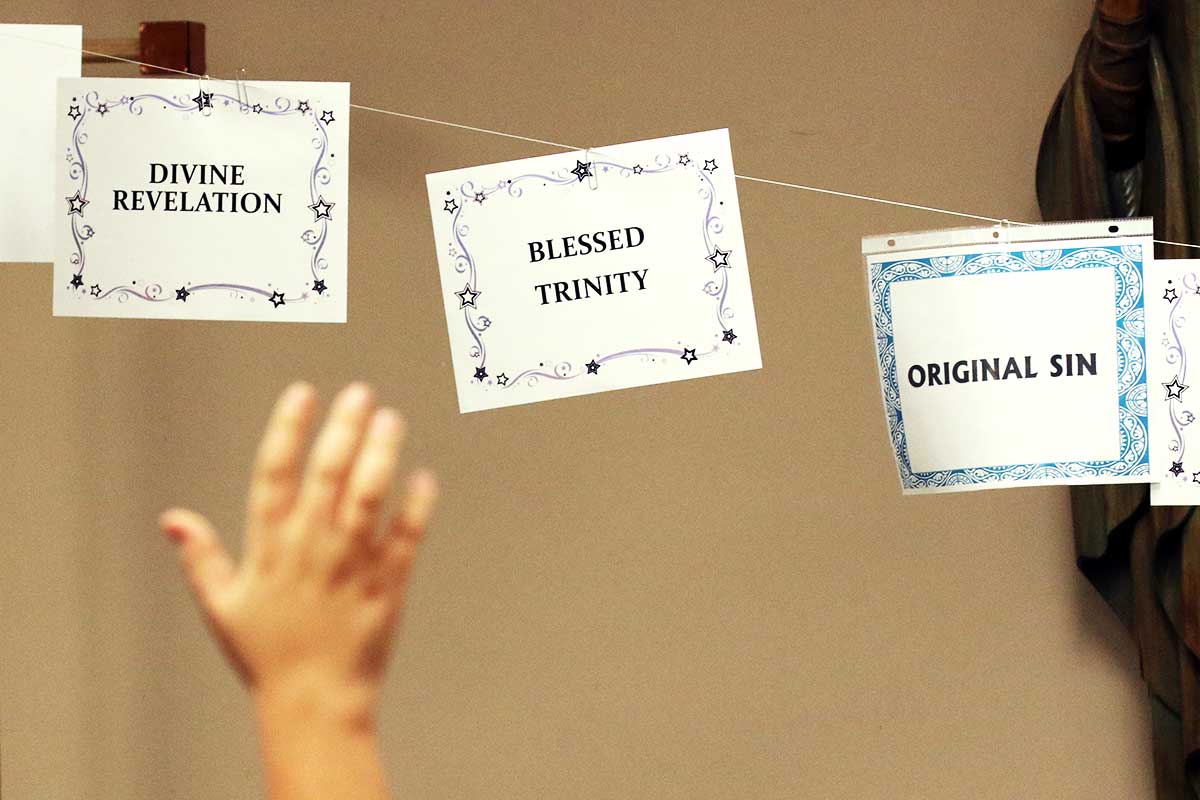 Q: My recollection is that the text of the Mass in English was rewritten about 20 years ago – to be a more accurate translation and to eliminate sexist references. I wonder, however, if they missed something: in the Nicene Creed, our parish still prints, “For us men and for our salvation he came down from heaven.” Many in the congregation, including me, simply skip the word “men,” and I believe that our priest does as well. Why was this reference to all humans as “men” not eliminated? (Guilderland, New York)

A: The changes in the English version of the Mass to which you refer went into effect on the first Sunday of Advent in 2011. The rationale, as I recall, was not so much to eliminate sexist references but to guarantee a more literal translation of the Latin text. This approach was based on a 2001 instruction from the Holy See called “Liturgiam Authenticam.”

That document said in part, “The translation of the liturgical texts of the Roman liturgy is not so much a work of creative innovation as it is of rendering the original texts faithfully and accurately into the vernacular language.” It clarified that “the original text, insofar as possible, must be translated integrally and in the most exact manner, without omissions or additions in terms of their content, and without paraphrases or glosses.”

Still, though – as I have mentioned before in this column – in my mind the current English wording of the Nicene Creed is a mistranslation. The Latin wording is “propter nos homines,” and in Latin the word “homo” is generic; it means “person” or “human being.”

I, too, look for the day when it will be translated as such and not risk offending some listeners. Meanwhile, as a permissible alternative, often I choose instead to use the Apostles’ Creed.

Q: Some time ago, in one of your columns, you wrote that, “the attitude of Catholics toward Jews ought to be one of respect and gratitude. Christianity was built upon the foundation of Judaism. (Pius XI said that ‘spiritually we are all Semites.’)” Why, then, is it Catholic law that those of the Jewish faith cannot act as godfather (or as Christian witness) in the rite of baptism? (Detroit)

A: The church’s Code of Canon Law (Canon 874) provides that at least one baptismal sponsor be a baptised, confirmed and practising Catholic, 16 years of age or older, who is living a life in conformity with the teachings of the Catholic Church. The reason is that the role of a baptismal sponsor is not only to support a child’s Catholic faith but to serve as a Christian role model.

If one of the sponsors is Catholic, the other one can in fact be a baptised non-Catholic – but that person is then technically not called a godparent but a “Christian witness.” One of the duties of a baptismal sponsor is to assist the child’s parents in passing on the Christian faith.

At the celebration of the sacrament, the parents and godparents are asked to profess publicly their faith in God the Father, the Son and the Holy Spirit. A Jewish or Muslim friend, for example, might well be an outstanding moral individual, but that person would not be able to profess the personal belief in the Trinity, which is required of a sacramental sponsor.

After 50 years, It’s Finally Time to Consider the Wisdom of ‘Humanae Vitae’