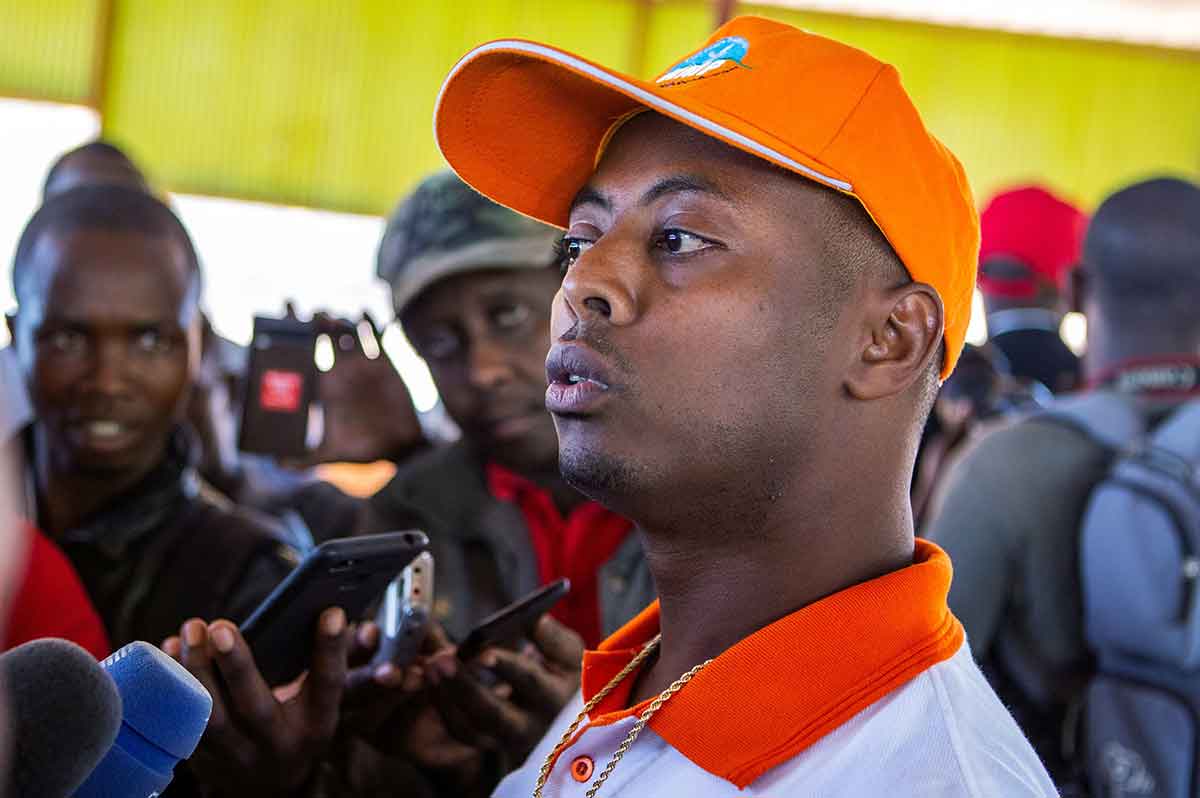 Rwandan singer Kizito Mihigo talks to reporters after his release from prison in Kigali Sept. 15, 2018. The popular Catholic gospel singer – who died Feb. 17, 2020, in a police cell in Kigali in what authorities said was a suicide – has been awarded the Vaclav Havel International Prize for Creative Dissent. (CNS photo/Jean Bizimana, Reuters)

The singer, who died in a Kigali city prison in February this year under unclear circumstances, is the first posthumous recipient of the award given by the Human Rights Foundation. The award – $38,000 – was to be shared with Badiucao, a Chinese artist exiled in Australia, and Omar Abdulaziz, a Saudi political satirist and activist exiled in Canada.

“We are happy. This is a big celebration. We see the world is recognising the effects and achievements of our beloved brother Kizito Mihigo,” Delphine Fina Uwituse, president of Kizito Mihigo Peace Foundation, told Catholic News Service. “I can say this is an encouragement to continue spreading the message. His foundation will continue with the work.”

The singer, a Tutsi and a genocide survivor, got into trouble after releasing a controversial song in 2014. Titled “Igisobanuro cy’Urupfu” (“The Meaning of Death”), the song called for genuine reconciliation in Rwanda and compassion for all victims of violence, including ethnic Hutus and Tutsis killed after 1994 genocide.

The song contradicted the government’s official narrative, which presents Tutsis killed during the 1994 genocide as the only victims.

Authorities quickly banned the song, detained Mihigo and sentenced him to 10 years in prison. He was released after three years, but he was re-arrested as he attempted to leave the country. When he died in prison, the government said he had committed suicide, but his friends later told of government harassment and pressure.

The New York-based Human Rights Foundation established the award 2012. It is named after Vaclav Havel, the late Czech poet, playwright, dissident, statesman, and former rights foundation chairman. Havel led a nonviolent revolution that freed Czechoslovakia from communist rule. He had first used poetry and plays, and later political essays and the Charter 77 manifesto, to challenge arbitrary power and injustice in his country.