Pope: Church Becomes Sick When Not the Proclaiming Gospel 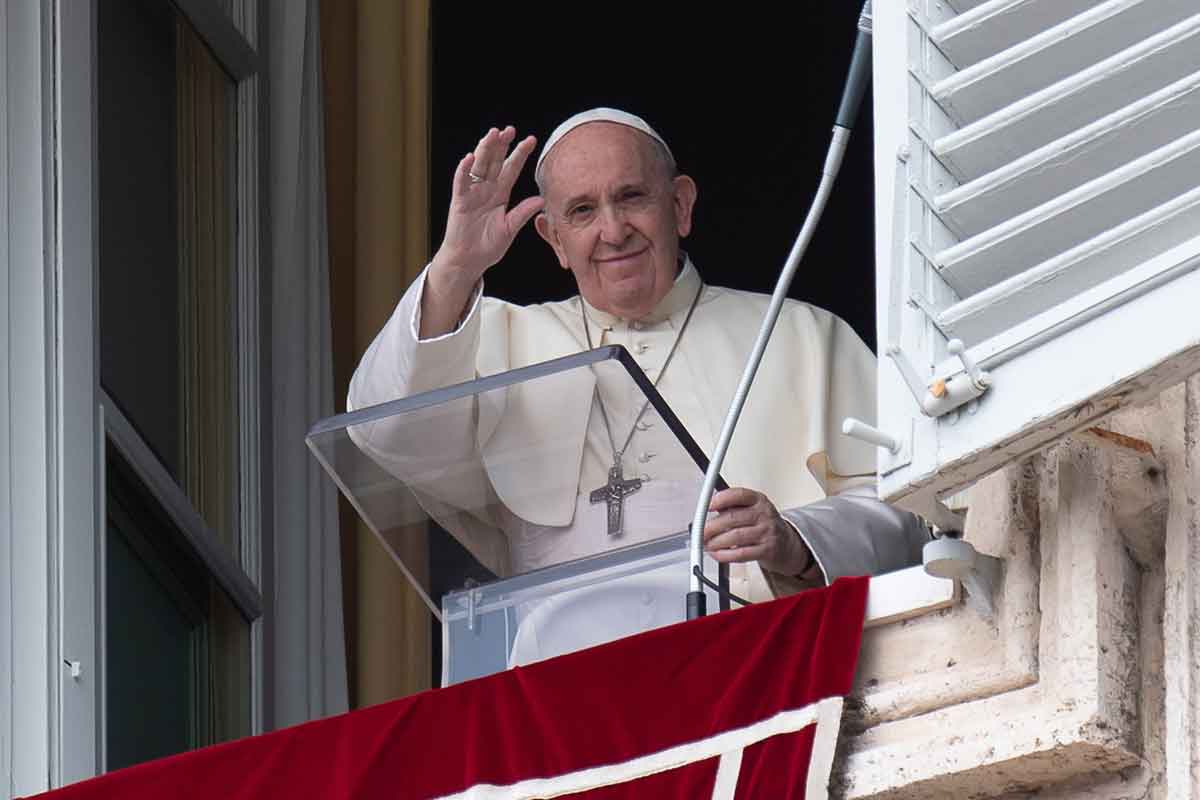 Pope Francis waves as he leads the Angelus from the window of his studio overlooking St. Peter’s Square at the Vatican Sept. 20, 2020. Commenting on the day’s Gospel reading, the pope warned that if the church fails to go out and proclaim the Gospel to those who are lost or forgotten, it risks falling ill to the evil that is committed by its own members. (CNS photo/Vatican Media)

By Junno Arocho Esteves –  If the Church fails to go out and proclaim the Gospel to those who are lost or forgotten, it risks falling ill to the evil that is committed by its own members, Pope Francis said.

Speaking to pilgrims gathered in St Peter’s Square during his Angelus address the pope said that just as God “calls everyone and calls always,” the Church must also “offer everyone the word of salvation that Jesus came to bring.”

“The Church needs to be like God: always going out; and when the Church does not go out, it becomes sick with the many evils we have in the church,” the pope said.

“And why are these illnesses in the Church?” he asked. “Because she does not go out. It is true that when someone goes out there is the danger of getting into an accident. But it is better a Church that gets into accidents because it goes out to proclaim the Gospel than a church that is sick because it stays in.”

In his address, the pope reflected on the Sunday Gospel reading in which Jesus recounts the parable of the landowner who goes out several times a day to hire labourers for his vineyard.

The pope said that the image of the landowner going out repeatedly to look for workers was “touching” because it represents God who “acts this way.”

God, he said, “continues to call anyone, at whatever hour, to invite them to work in his kingdom. This is God’s style, which we in turn are called to receive and to imitate. He does not stay shut in within his world, but ‘goes out.’ God always goes out, in search of us. He is not closed up — God goes out. He continually seeks out people because he does not want anyone to be excluded from his loving plan.”

The pope also emphasised how the landowner paid all the employees the same no matter how long they had worked.

Like the landowner, the pope explained, God “always pays the maximum amount. He does not pay halfway; he pays everything. In this way, it is understood that Jesus is not speaking about work and just wages – that is another problem – but about the kingdom of God and the goodness of the heavenly Father who goes out continually to invite, and he pays everyone the maximum amount.”

Pope Francis reminded the faithful that those who use human logic and complain that God’s compensation is not based on merits would do well to remember the first saint.

“Let us remember who was the first canonised saint in the church: the good thief,” the pope said. “He ‘stole’ paradise at the last minute of his life: this is grace. This is what God is like, even with us. Instead, those who try to think of their own merits, fail; those who humbly entrust themselves to the Father’s mercy, from being last – like the good thief – find themselves first.”

Pope Calls Brazilian Priest, Thanks Him For Work With Homeless
Share