Vatican Proposes Renewal Of Agreement With China On Bishops’ Appointments 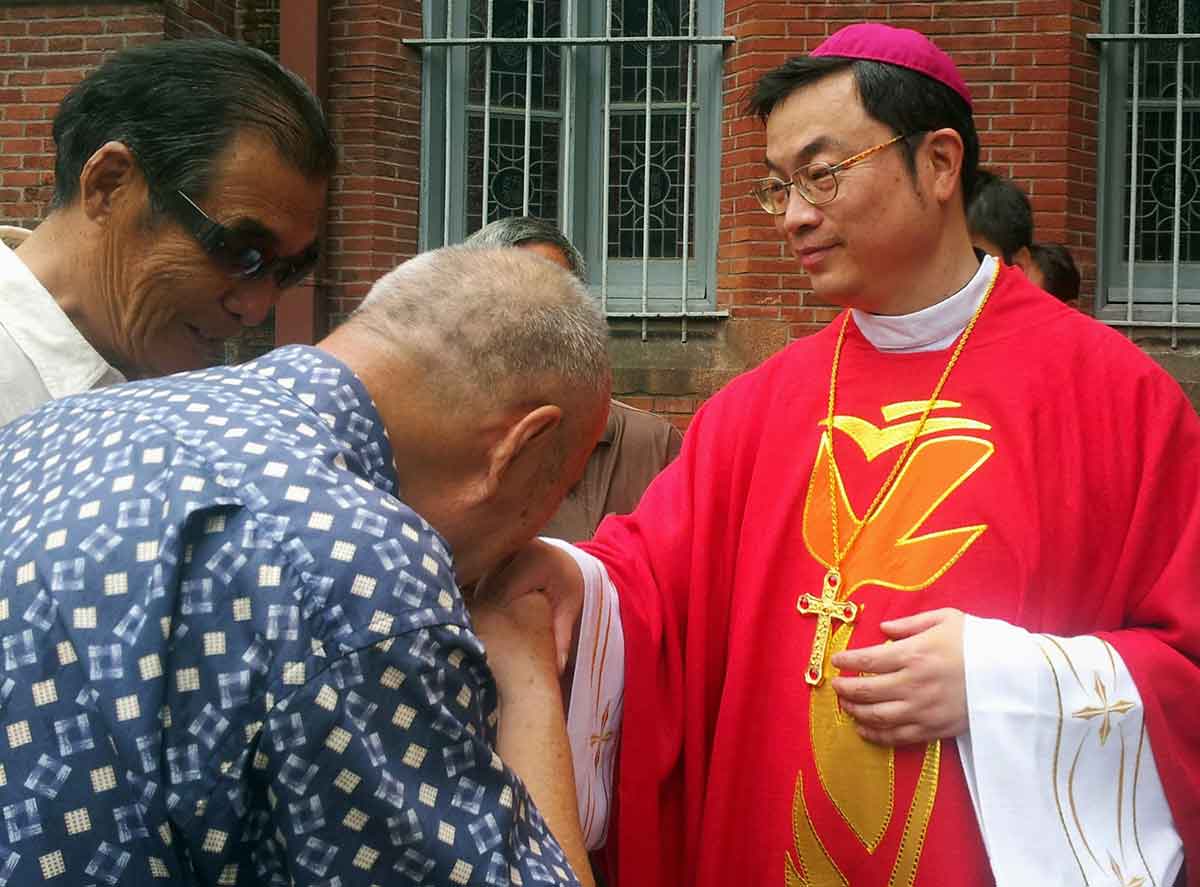 A well-wisher is pictured in a file photo kissing the ring of Auxiliary Bishop Thaddeus Ma Daqin following his episcopal ordination at St. Ignatius Cathedral in Shanghai. The Vatican has proposed a renewal of a 2018 agreement with China on bishops’ appointments. (CNS photo/courtesy of UCAnews)

By Cindy Wooden – The Vatican has proposed to the Chinese government that they extend an agreement signed in 2018 regarding the appointment of bishops, Vatican Media reported.

The agreement, the details of which have never been made public, is set to expire October 22.

“By October a decision is expected regarding the Vatican proposal to extend the provisional agreement ‘ad experimentum’ (on an experimental basis),” wrote Andrea Tornielli, editorial director of the Vatican Dicastery for Communication.

The Covid-19 pandemic and its travel-related restrictions slowed negotiations over extending the agreement, Tornielli said, but “the results have been positive, although limited, and suggest going forward with the application of the agreement for another determined period of time.”

Tornielli’s article in Vatican News and in L’Osservatore Romano was published September 29, the day before US Secretary of State Mike Pompeo was scheduled to arrive in Rome for a conference on religious freedom and meetings with officials of the Vatican Secretariat of State.

Urging caution over renewing the agreement, Pompeo had written an article for the magazine First Things asking the Vatican to use its “moral witness and authority in support of China’s religious believers.”

The US secretary of state also tweeted that “the Vatican endangers its moral authority, should it renew the deal,” a public tweet that one Vatican official described as “megaphone diplomacy.”

Tornielli wrote that from the moment the Vatican announced the agreement, it made clear that it did not cover “direct diplomatic relations between the Holy See and China, the juridical status of the Catholic Chinese Church, or the relations between the clergy and the country’s authorities.”

Instead, he said, the agreement deals only with “the process for the appointment of bishops: an essential question for the life of the church and for the necessary communion between the pastors of the Chinese Catholic Church with the bishop of Rome and with the bishops throughout the world.”

“The goal of the provisional agreement, therefore, has never been merely diplomatic, much less, political,” he said. It was “always genuinely pastoral. Its objective is to permit the Catholic faithful to have bishops in full communion with the successor of Peter who are at the same time recognised by the authorities of the People’s Republic of China.”

In the two years since the agreement was first signed, only a handful – five or six – bishops acceptable both to the Vatican and to Beijing have been named.