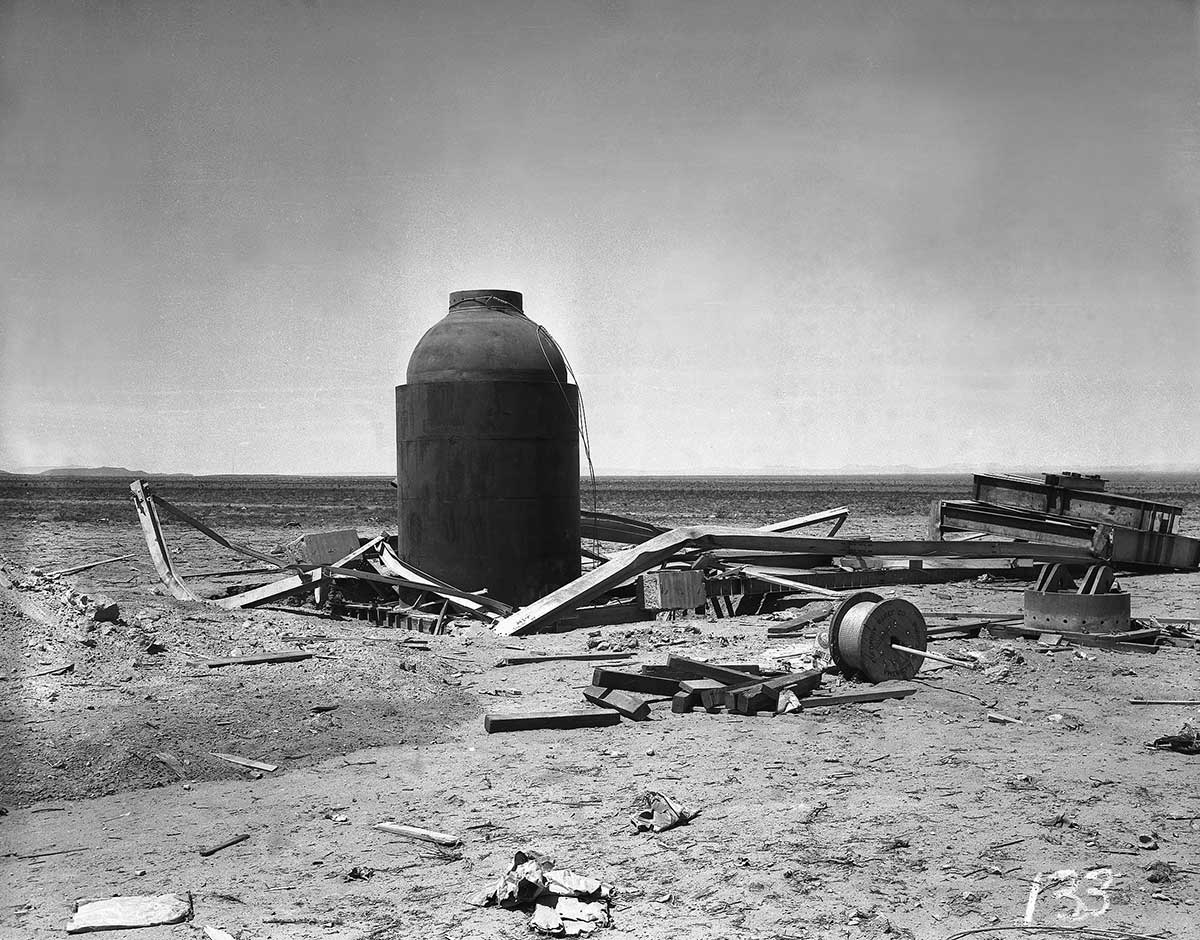 On 16 July 1945, the “Trinity’” nuclear test plunged humanity into the so-called Atomic Age when the first-ever nuclear bomb was detonated in New Mexico. This picture shot after the detonation shows a steel containment vessel present during that test. A Vatican representative told an Aug. 26 online U.N. meeting that there is no moral case for continued nuclear weapon testing. (CNS photo/Reuters, U.S. Gov./Cover Images)

By Cindy Wooden – The Covid-19 pandemic has highlighted the absurdity of “pouring valuable resources into the maintenance of weapons of destruction while so many on this planet are struggling to survive,” a Vatican representative told a U.N. meeting to commemorate and promote the International Day Against Nuclear Tests.

“It is impossible to make a moral case for continued nuclear weapon testing,” said Msgr. Fredrik Hansen, charge d’affaires at the Permanent Observer Mission of the Holy See to the United Nations.

“There should never be another nuclear test explosion,” he told the online meeting Aug. 26.

The United Nations has designated Aug. 29 as the International Day Against Nuclear Tests, and Msgr. Hansen used the occasion to call on China, Egypt, India, Iran, Israel, North Korea, Pakistan and the United States to ratify the 1996 Comprehensive Nuclear-Test-Ban Treaty.

“Furthermore, the pope has also underscored the need to ‘reject heightening a climate of fear, mistrust and hostility fomented by nuclear doctrines,'” he noted. “Peace and international stability are incompatible with attempts to build upon the fear of mutual destruction or the threat of total annihilation,” the monsignor said, continuing to quote the pope.

The monsignor said it is “lamentable” that the eight nations had not yet ratified the Comprehensive Nuclear-Test-Ban Treaty, which would be the best way to ensure a permanent end to nuclear testing and the damage it causes to the environment and to “the health of people who were near the test sites or were down-wind from the radioactivity released into the atmosphere.”

“The treaty is a critically important step toward creating a world without nuclear weapons,” he said. “Each of the remaining eight states should strongly back up its words in favour of peace by being the first to sign.”

“Further nuclear testing, which would add to current nuclear weapon capabilities, can only diminish global security, and thus the peace, security and stability of all members of this body and that of the peoples whom they represent,” Msgr. Hansen told the United Nations.

Stephen Hawking and the Vatican