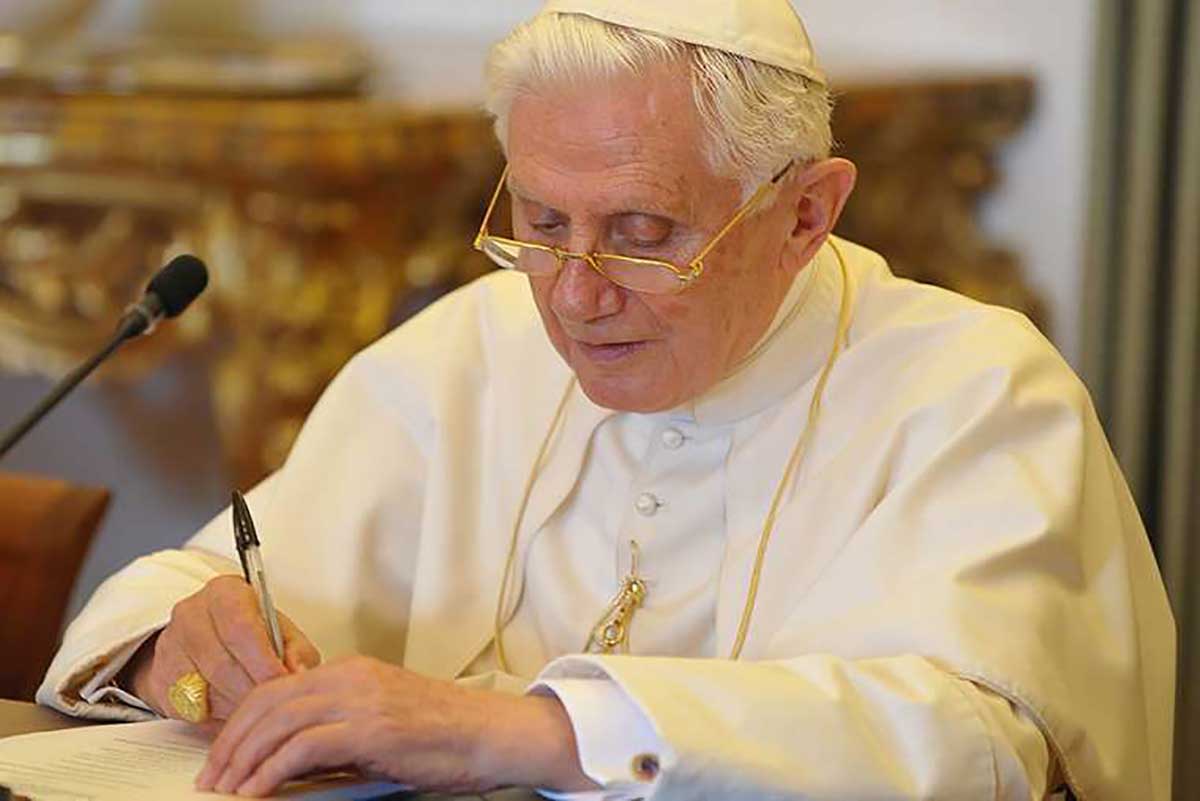 Benedict XVI has distanced himself from a Catholic community with which he had maintained close ties for decades.

The German magazine “Herder Korrespondenz” reported October 25 that the Pope Emeritus had taken the step regarding the Catholic Integrated Community.

Referring to the group by its German initials, IG, Benedict told the publication: “Obviously I was not informed about some things in the inner life of the IG, or even deceived, which I regret.”

He had given the group ecclesiastical recognition during his time as archbishop of Munich and Freising, from 1977 to 1982.

CNA Deutsch, CNA’s German-language news partner, reported that Benedict also said: “At first I did not realise that in the attempt to shape the things of daily life integrally from faith, terrible distortions of faith were also possible.”

“I deeply regret that this gave the impression that all activities of the community had been approved by the archbishop.”

The Catholic Integrated Community, founded in 1948, was intended to be, according to its own description, “a place for an enlightened and unabridged Christianity.”

The community achieved ecclesiastic recognition in 1978 by the archbishops of Paderborn and Munich – Johannes Degenhardt and Joseph Ratzinger respectively – and in 1985 it was established as a public association of the Christian faithful under Church law.

As CNA Deutsch previously reported, the archdiocese of Munich and Freising published an interim report in November 2019 in which ex-members of the group described interventions in their private life. These included the choice of a place of residence and the number of children in a family, as well as the exertion of psychological pressure on relatives.

A spokesperson for Munich and Freising archdiocese informed the group that the decision to investigate the community in greater depth was taken after IG had obtained the archbishop’s confirmation of a chairperson for its executive committee. This step, which is required of public church associations and is scheduled every six years, took place in November 2010.

In addition, the archdiocese had been in contact with former members who had made accusations against the group, which is also known as the KIG.

A spokesperson said at the time: “These talks are currently being continued and their results so far have been included in the interim report of the visitation. At two reconciliation meetings in 2016 and 2018, initiated by former members and the archdiocese, none of the active KIG members took part, despite being invited to do so.”

Also in November 2019, a former member welcomed the investigation, telling CNA Deutsch that it was “a stroke of good fortune and a blessing for the Church and for the last members of the IG itself, whom one can only feel sorry for.”

Regarding the potential consequences of a possible refusal on the part of the group to contribute to clarifying the situation, the archdiocese said that the IG, as a public church association, was still called upon to cooperate with the visitators.

“Should it continue to evade this in the future, we will take appropriate steps that could extend to dissolution,” the spokesperson said.

On the IG’s website – which appears to have gone offline – the community had described the accusations in the interim report as “completely groundless.”

In Letters to German Cardinal, Retired Pope Defends Way he Stepped Down