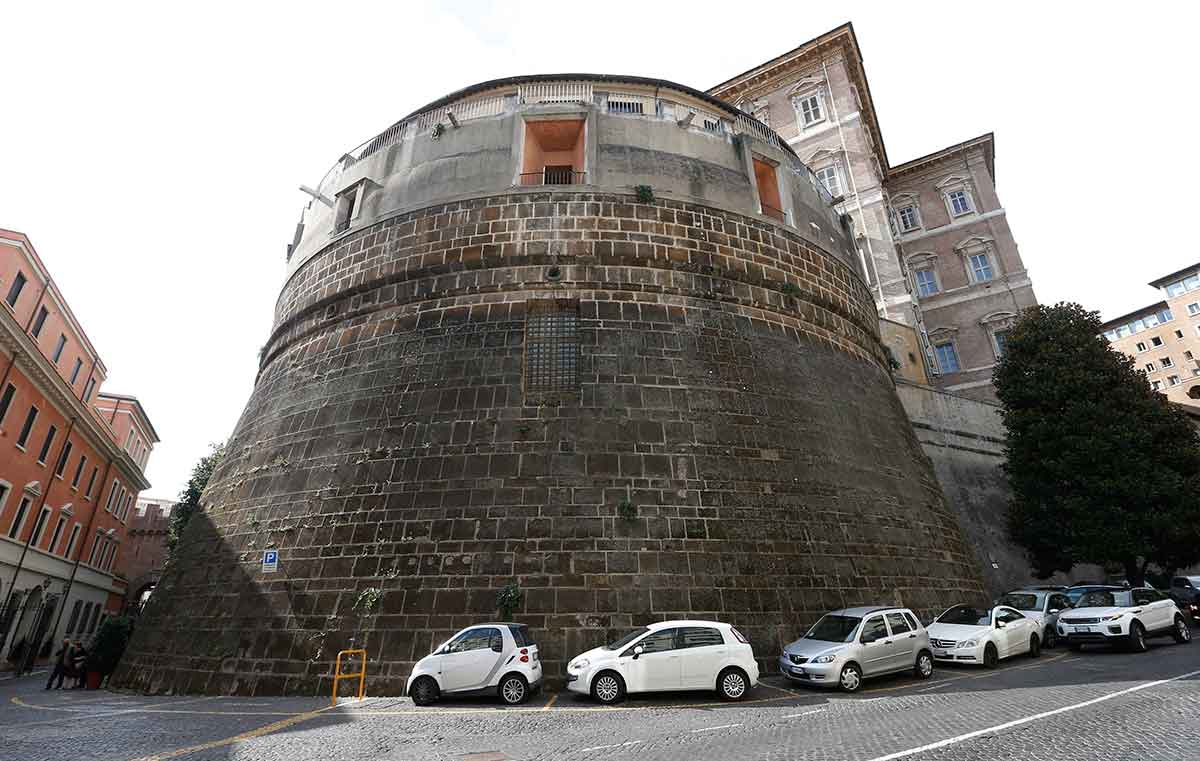 The tower of the Institute for the Works of Religion, often referred to as the Vatican bank, is pictured in this 2019 photo file photo. European financial crime evaluators from Moneyval began a regularly scheduled visit to the Vatican Sept. 30. (CNS photo/Paul Haring)

By Cindy Wooden – Cardinal Pietro Parolin, Vatican secretary of state, thanked experts from Moneyval – the Council of Europe’s Committee of Experts on the Evaluation of Anti-Money Laundering Measures and the Financing of Terrorism – for helping the Holy See in its efforts to ensure transparency and international cooperation in its financial dealings.

The cardinal welcomed the experts to the Vatican September 30 as they began a regularly scheduled, two-week visit.

In the Vatican, he said, there is underway “a progressive implementation of systems that allow a greater control of financial flows that could be exposed to the risks of money laundering and terrorist financing,” which is why “the interventions and recommendations of the Moneyval evaluators are a resource that we treasure.”

The Vatican is unusual among the Moneyval members since its economic activity is not “aimed at creating wealth and well-being” for a nation, the cardinal said, according to Vatican News. “The funds managed by the Holy See and Vatican City State are primarily intended for works of religion or charity.”

“Precisely because of the priority destination of the funds,” Cardinal Parolin said, “it is necessary that the ethical dimension of investments be given special attention.”

Announcing the visit, the Vatican press office had said, “The scope of this phase of evaluations is to assess the effectiveness of the legislative and institutional measures adopted by the jurisdictions in recent years for the prevention of money laundering and the financing of terrorism.”

According to the Moneyval website, the program is designed to “assess its members’ compliance with all relevant international standards in the legal, financial and law enforcement sectors through a peer review process of mutual evaluations, including assessment of effectiveness of the implemented measures in practice” and to “formulate recommendations on ways to improve the effectiveness of domestic regimes to combat money laundering and terrorist financing and states’ capacities to co-operate internationally in these areas.”

Moneyval made its first on-site visits to the Vatican late in 2011 and early in 2012; the Moneyval report praised efforts under then-Pope Benedict XVI to enact tighter financial regulations and legislation but urged further reforms and the strengthening of offices meant to investigate and eventually prosecute financial crimes.

Moneyval’s third and most recent report on the Vatican, published in late 2017, praised continuing legal reforms under Pope Francis but again expressed concern that the Vatican City State court had yet to prosecute anyone for a financial crime, even if the Vatican’s own Financial Information Authority said it had flagged accounts at the Vatican bank for investigation into suspected “fraud, serious tax evasion, misappropriation and corruption.”