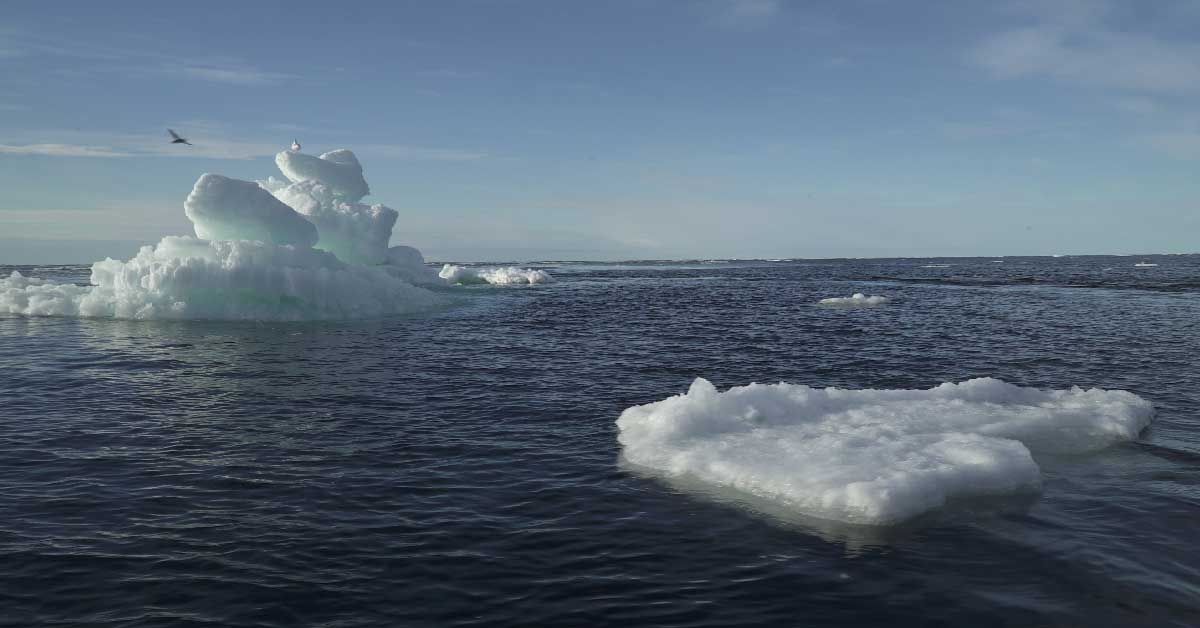 By Jonathan Luxmoore – Two European Catholic commissions warned that Arctic warming is intensifying competition over the region’s resources and urged tougher policies to protect its biodiversity and Indigenous communities.

As exploration, mining, investment and military activities increase, predatory practices also can increase, said the Brussels-based Commission of Bishops’ Conferences of the European Union, or COMECE, and Justice and Peace Europe.

“Such exploitative tendencies may not only exclude local communities from a fair share in the profit, but also lead to grave human rights violations and cause irreparable environmental damage,” said the joint statement, issued in mid-November.

“Climate change, along with rapid Arctic warming and ice melting at an unprecedented rate, have opened the region to business, and this has accelerated geopolitical change – the EU has a natural role and responsibility to ensure a sustainable and peaceful Arctic that puts its people in the focus,” the church statement said.

Activities in the 14,5 million square km Arctic are regulated by agreements on fishing, endangered species, Indigenous peoples, shipping and pollution, as well as by the 1982 U.N. Convention on the Law of the Sea and 1992 conventions on climate change and biodiversity. Activities are coordinated via an Arctic Council that includes the U.S., Canada, Russia, Iceland, Norway, Sweden, Finland and Denmark, with Greenland and the Faroe Islands.

However, the church statement said tighter controls were urgently needed, particularly on ships and tankers using heavy fuel oil, which is not due to be banned until 2024.

It added that thawing ice and permafrost were fuelling global warming and extreme weather by releasing billions of metric tons of carbon dioxide, as well as intensifying maritime traffic in pursuit of the region’s “vast natural and mineral resources.”

The region’s inhabitants, dating back 20,000 years, faced “discrimination, trafficking and unemployment,” the statement said, as traditional hunting, fishing and herding practices were stifled.

“The EU should prioritise in its future Arctic framework policies that enable sustainable and integral development of indigenous communities, while respecting their life, specific identity, culture, language and religious beliefs,” the statement said.

“To prevent European companies from becoming accomplices or remaining indifferent to corporate abuses by their subcontractors, it would be important that the EU adopt binding due diligence rules … and provide victims of serious corporate abuses with fair access to an effective remedy.”

Founded in 1980, COMECE includes bishops’ conference delegates from the EU’s 27 member-countries and has backed closer European integration while offering a Catholic contribution to policy formulation.

Their joint statement said a new Arctic strategy should strengthen the EU’s role “as a beacon of multilateralism” and reflect the bloc’s founding values of “democracy, the rule of law, the universality and indivisibility of human rights and fundamental freedoms,” as well as the U.N. Charter and international law.

“As networks of faith, trust and hope, churches, religious communities and faith-based organisations have the potential to offer a contribution as drivers and multipliers of the necessary transformations and support sensitising efforts,” the statement said.

“They are deeply rooted in local realities of the Arctic region, and often among frontline promoters of sustainable human development and peace at the grassroots by offering basic social services, education, health care or engaging in mediation and reconciliation, as well as by fostering social cohesion.”

Paul VI Set to be Saint

Our Bishops at their Plenary