I Couldn’t Fix Myself: A Bishop’s Journey Through Mental Health Crisis 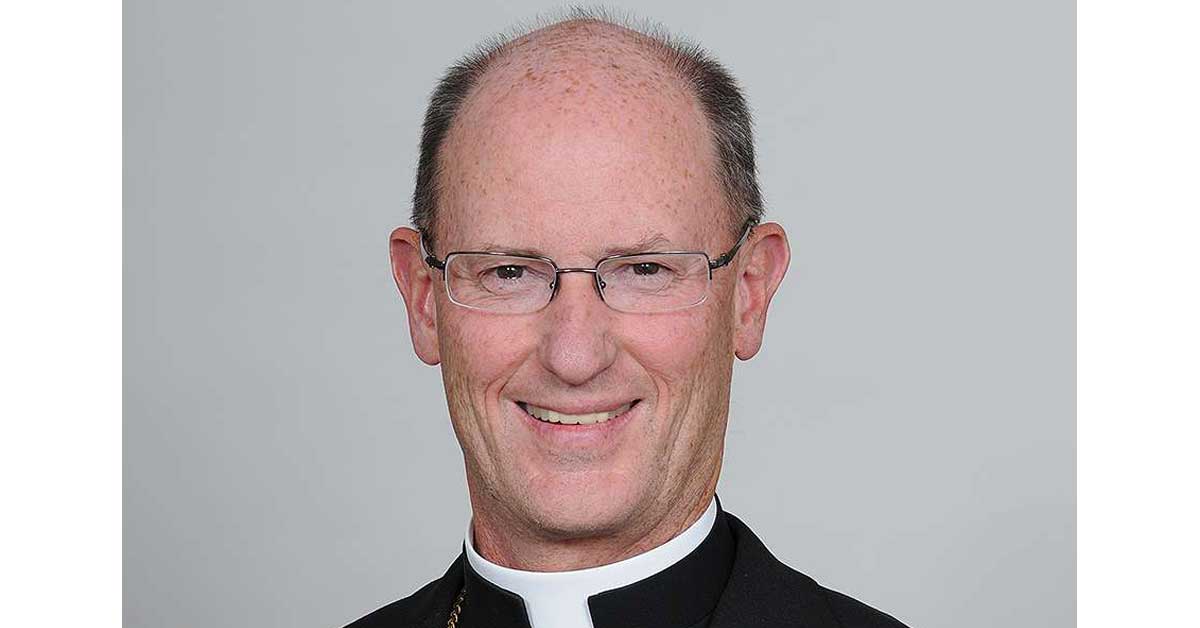 In December 2019, Bishop James Conley of the Diocese of Lincoln announced he was going on a medical leave of absence.

Citing diagnoses of depression and anxiety, as well as chronic insomnia and debilitating tinnitus (a constant ringing of the ears), the bishop said in a public statement that he would be receiving psychological as well as medical treatment.

It had taken him months to get to a point where he realised he needed help.

“It really goes back to the summer of 2018, so, long before I finally got to the point where I asked for some time off,” Conley told CNA.

“There were the difficulties in the Church with regard to the misconduct of priests…(including) here in my diocese,” he said. That summer was also when the McCarrick scandal broke, and when the Pennsylvania Grand Jury Report came out.

Besides abuse scandals, Conley also had to close some diocesan schools that had been “running in the red for a number of years. And that’s always a difficult decision to make. It was the right decision, but it was a hard decision.”

There was also a priest of the diocese, younger than Conley, who died around that time.  “There were a number of other things that kind of mounted,” Conley said. “I think that started it.”

I Felt Responsible for All of it

As the problems mounted, Conley felt personally responsible for them all, as a bishop and as someone who cared about the people in his diocese.

“I (felt I) was responsible for all of this and that I had to try to fix it myself instead of surrendering to God,” he said.

But the physical and mental symptoms started compounding. He couldn’t sleep. He started losing interest in things he had once enjoyed. A constant ringing began in his ears. He felt overwhelmed.

“I used to tell people that great prayer that Saint John XXIII supposedly would say at night during the Second Vatican Council: ‘Lord, it’s your Church. I’m going to bed.’ And I wasn’t able to take my own advice,” he said. “I just was getting ground down.”

Conley said that while he never was tempted to use unhealthy coping mechanisms, like drugs or alcohol, he was worried what would happen if he continued to feel so anxious and overwhelmed.

In the spring of 2019, Conley went to Mayo Clinic and was diagnosed with anxiety and depression. He said he tried to rest, worry less, and go to counselling while maintaining his duties as a bishop, but it wasn’t working.

“I was trying to fix myself and as time went on, I realised that I couldn’t fix myself while I was still on the job, so to speak.”

Conley sought the counsel of some of his friends, including Archbishop Paul Coakley of Oklahoma City; Bishop James Wall of Gallup, New Mexico; Bishop Thomas Olmsted of Phoenix; and Archbishop George Lucas of Omaha.

With the help of these friends, Conley presented his case before the US Nuncio, Archbishop Christophe Pierre, during a private meeting at the November 2019 assembly of the U.S. bishops’ conference.

“And the nuncio said, ‘Well, I think you need some time off to get some professional help.’”

I Never thought time-off was an option

Until then, Conley had not even considered that a leave of absence was possible for a bishop.

“I was called by God to be a successor of the Apostles, we don’t have any record of the Apostles taking time off,” Conley said. “So I just didn’t think that a bishop could do that. And that somehow, that would be a sign of weakness or failure, or not being able to fulfil (my) duties. When in reality, we are body and soul. Grace builds upon nature. And so we need to take care of our physical and mental wellbeing in order to be good at whatever we’re doing.”

Bishop Conley said Archbishop Pierre was very supportive, and told him to obtain a doctor’s note that could be sent along with the request to Pope Francis, since bishops are under obedience to the Holy Father.

By December 2019, Conley’s leave had been approved. On December 13, he announced the leave to his diocese. In the announcement, Conley said he had been diagnosed with depression and anxiety, and that he was taking a mental health leave.

“I wanted to be honest, and I wanted to be truthful about why I was leaving. If I’m going to leave, that’s a big deal. And I didn’t want to keep that a secret and leave it to people to speculate what (the reason for leaving) was,” he said.

Conley said he was overwhelmed by the positive and supportive response.

“I received a lot of letters and cards and notes, not only from people who I knew and who were writing to support me, but from people I didn’t even know, who themselves had struggled with some mental health issue, or (a relative) or some friend of theirs had,” he said.

“And they were so grateful to me for being so open about it and transparent. They thanked me for talking about it, because of the stigma that’s surrounding mental illness,” he said. “And that was helpful for me, comforting for me to know that I wasn’t the only one, and that I wasn’t alone in this.”

Shortly after the announcement, Conley left to stay in Phoenix, where he was able to receive treatment from a psychologist, a psychiatrist, and medical doctors, as well as spiritual direction.

Three months later, the rest of the world went on a sort of leave of absence as well, as the coronavirus pandemic caused national and global shutdowns. It made Conley’s recovery more difficult, he said.

“That didn’t help…the isolation, when I was down in Phoenix,” he said. He had a few good friends, particularly a young family, who were very helpful, he added. The couple were both former students of his at the University of Dallas, and they now have five kids, and would frequently invite Bishop Conley to their house.

“But it was just a strain, then, to see how the whole pandemic played out,” Conley said.

Bishop Conley said it was important that he had Catholic counsellors and doctors to work with throughout his treatment, so that they were all on the same page about how his faith was a part of his recovery.

During recovery, he said he learned to re-frame his thinking, and to more fully trust God, as well as his staff and collaborators, with the responsibilities of a bishop. He re-learned the importance of sleep, healthy eating, exercise, and recreation as part of a well-balanced life.

“Because we’re body and soul that we need balance and we need a certain order in our life to help us stay healthy,” he said.

There can sometimes be a stigma against mental illness and treatment among some Christian circles, where the illness is seen as a sign of spiritual weakness that can be cured with more prayer.

But Bishop Conley said seeking help – including psychological, spiritual, and mental recovery – is an act of surrender to the will of God.

Seeking Help is Surrendering to God

“One Scripture passage that jumps out is John 15, ‘Apart from the Lord, you can do nothing.’

And that’s what I think can lead to mental illnesses, that you think it’s all up to you, that you have to solve all the problems in your life or in the world,” the bishop said.

He said he has been so open with his experience because he wants to encourage others “to not hesitate to get help, when you need it. Don’t be embarrassed, or don’t feel like you’re weak or something, if you try to get help,” he said.

On Thursday, the Diocese of Lincoln announced that Conley would be returning from his leave of absence and resuming his duties on November 13, after 11 months of leave and recovery.

Bishop Conley said he is looking forward to being back with the people of the diocese, to continue helping foster vocations, and to promote Catholic education.

He said he is excited about a new pro-life crisis pregnancy centre being built across the street from the Planned Parenthood in Lincoln. He added that he’s also going to start thinking about evangelisation post-Covid, because he fears that the Church may have lost some people from the pews during the lockdowns and extended dispensations.

“I’m not going to hit the ground running, I’m hitting the ground walking,” he said.

He said he’s going to pace himself, and make sure he is exercising and getting good sleep and taking time to do things he enjoys.

“You don’t live to work, you need to work to live. And some people, especially in America today, we have this mentality of pragmatism or utilitarianism, where you’re working 18 hours a day…that’s no way to live life.”

He added that he would encourage anyone struggling, particularly due to the isolation of the ongoing pandemic, to reach out and get help.

“Don’t hesitate to seek help. And especially, if you’re feeling anxious or overwhelmed. Being disconnected really is a source of pain. We’re meant to be in community and so I would say that if people are feeling disconnected in any way that they reach out and get help.”

“You’re not alone,” he added. “There are people out there that can help.”