Pope expedites transfer of management of Secretariat of State assets 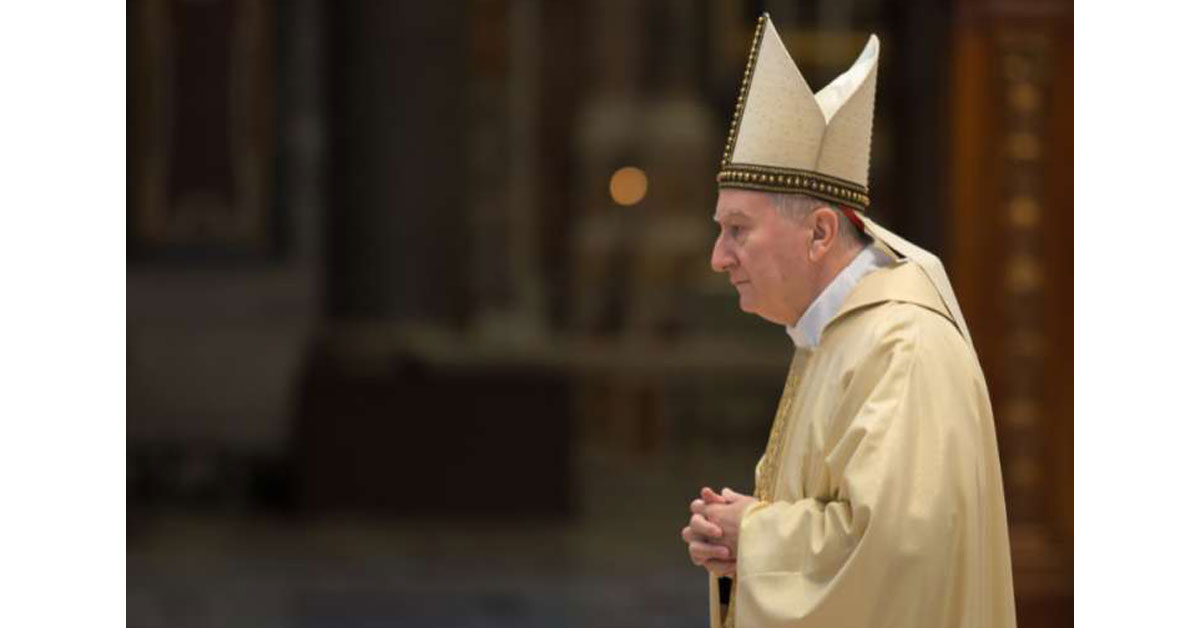 Cardinal Pietro Parolin, prefect of the Vatican Secretariat of State.

By Carol Glatz –  After the Vatican Secretariat of State missed a November 1 deadline to hand over the management and monitoring of its own assets to two separate Vatican bodies, Pope Francis set up a commission to make the transfer and external oversight happen.

The pope established the commission, whose mandate went into effect “immediately,” during a November 4 meeting with top Vatican officials to “bring to completion in the next three months, the provisions set forth in the letter to the secretary of state,” said Vatican spokesman Matteo Bruni in a statement released Nov. 5.

The Vatican also released a copy of Pope Francis’ letter to Cardinal Pietro Parolin, Vatican Secretary of State. Dated August 25, the letter said that by November 1, all assets held by the Secretariat of State must be managed by the Administration of the Patrimony of the Holy See, which handles the Vatican’s investment portfolio and real estate holdings. It also said the control or supervision of those assets would be handled by the Secretariat for the Economy.

Pope Francis also said the Vatican should disinvest “as soon as possible” from a controversial property development deal in London and from the Centurion Global Fund based in Malta, which has seen significant losses while incurring exorbitant management fees.

The aim of the November 4 meeting, Bruni said, was “to foster the implementation of what the Holy Father requested in the letter.”

The pope led the meeting with Cardinal Parolin; Archbishop Edgar Pena Parra, substitute secretary for general affairs in the Vatican Secretariat of State; Bishop Fernando Vergez Alzaga, secretary-general of Vatican City State; Bishop Nunzio Galantino, president of the Administration of the Patrimony of the Holy See; and Jesuit Father Juan Antonio Guerrero Alves, prefect of the Secretariat for the Economy.

The three members of the new commission – Archbishop Parra, Bishop Galantino and Father Guerrero – have the next three months to oversee and guarantee the transfer and control of the assets, Bruni said.

In the two-page letter addressed to Cardinal Parolin, the pope said he recognised the Secretariat of State’s unique position in most directly and closely supporting him and his mission.

And while some needed reforms already have been implemented, he wrote, it is necessary to make the economic reforms “even more effective.”

Pope Francis had set the Nov. 1 deadline for transferring all management and oversight of Secretariat of State assets, funds and real estate holdings to the authorised Vatican bodies.

He also said that “the investments made in London and the Centurion fund merit particular attention, which require divestment as soon as possible, or, at the least, should be disposed of in such a way as to eliminate all reputational risks.”

He asked that all funds administered by the Secretariat of State be included in the Vatican’s annual “Consolidated Financial Statement”; and that its annual budget be approved like that of other dicasteries through the established channels, except for items which require confidentiality and will be approved by the newly formed “Commission for Reserved Matters.”

The Secretariat of State will no longer have any responsibility for “oversight and control” of the finances of any other body or organisation belonging to or connected with the Holy See, the pope said. And, since the secretariat will no longer administer or manage assets, it may be necessary to redefine or reconsider the need for its administrative office.

Pope Francis meets with Cardinal Pell at the Vatican
Share