The Saving Power of Christmas 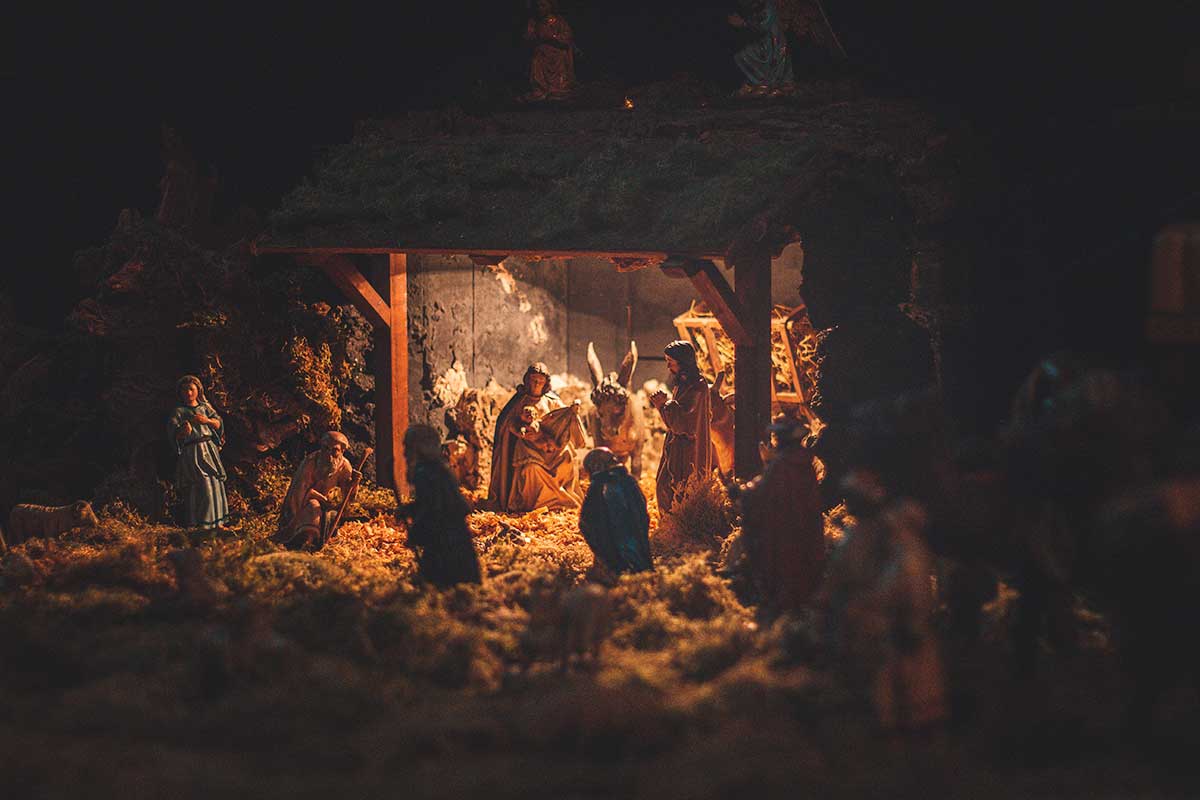 It was the year 1940. A menacing terror was gripping all Europe. War was in the air. Holland cried and prayed for neutrality but it was not to be. Heavy Nazi armour and well-equipped troops, and the destruction of Rotterdam by Wehrmacht bombs crushed the Dutch resistance within days in May that year. Yet, out of the dark pages of history comes stories of untold heroism and courageous Christian love.

Else and her three daughters operated a laundry business on Kortstraat in Utrecht. Living with them was Else’s aged father, Opa Koos. There were very few people in the region who did not know and respect this family. Despite the Nazi occupation and the nightly curfew, the Dutch tried to live their normal lives.

But normal it was not! Booming gunfire, overhead aircraft in dogfights or bombing raids, screaming sirens through day and night — all so scary and threatening. However the most fearful cries and screaming came from the streets where men, women and children were dragged from their homes and bundled into huge trucks for discharge to labour camps or, if they were Jews, the extermination camps. The relentless persecution of the Jews had begun. The occupying forces demanded that every Jew displayed on his sleeve the Star of David and carried a valid identity document.

Deeply offensive notices were planted all over the region, such as “No Jew need apply” or “No ration cards issued to Jews” or “This store is shut to Jews”. There was no place to hide from the Nazi terror. Soldiers and spies were everywhere, and some of the frightened local men were even collaborating with the enemy.

But the Dutch underground resistance, “Het Verzet”, was very active, harassing and sabotaging the Nazi network. Hundreds upon hundreds offered their lives in the struggle for freedom. Now, while the enemy hounding the Jews in every corner of the city, heroic Christian families were hiding Jews of every age in secret chambers, concealed basements, dark attics, and behind cleverly-designed false walls.

Else’s family used their large laundry as a public front, and at times were hiding as many as 27 frightened Jews. The ID cards were easily forged but not the food ration cards; feeding the refugees from genocide was no easy operation. Nerves of steel stood up to the Nazi inspectors and the Gestapo as they raided home after home.

And how they prayed to the one same God! Opa Koos would always remind his family that they were serving God’s Chosen People. He himself was prepared to hide anyone from the Gestapo, even at the risk of the certain penalty of death.

It was Christmas Eve. That night the Jews somehow felt liberated as they sat together with the Christians to celebrate the birth of the greatest Jew who ever walked the earth. The rations that adorned the long table were simply black coffee and Dutch chocolate cake. But a beautiful spirit of brotherhood prevailed within those walls, even while one could hear gunfire and occasional screams coming from the nearby streets.

The night moved on towards the morning hours. Prayers were led by Opa and Else; the daughters hummed “Silent Night” ever so silently. There was quiet time for meditation. Suddenly there was gunfire not too far from the front door. Two underground fighters who had defied the curfew were shot dead on the street. The house alarm clicked in.

The celebration ended abruptly, the fugitives from Nazis scurried to their shelters. A heavy thumping shook the front door. “Open at once…the police,” echoed a heavily-accented German voice. The door shook again as a rifle butt crashing against it.

All clear inside! Else doubled-checked, then hurried to answer the door. A Nazi colonel burst inside while a soldier with rifle stood guarding the door. The officer at once pointed his pistol at Else’s head. “You are hiding filthy Jews…speak the truth or you die,” he yelled, his wild gaze searching the entire room. Opa Koos moved slowly towards the officer and gently addressed the officer in German: “Good evening, Officer…but are we not all God’s people?”

The colonel looked angrily at the bearded man and turned his pistol at his head: “Quiet old man…I am Oberst Bauer! You know nothing. I am under orders…my orders come from Berlin!”

The old man smiled at Oberst Bauer: “My orders come from God.”  The officer stared at him with eyes on fire but lowered his pistol: “Are you people so ignorant? Can’t you see that God hates the Jews.” He raised his voice: “See what they did to your Jesus…and my Jesus!”

Nobody moved, nobody spoke, until Else moved cautiously forward, unafraid. “No, Colonel,” she said softly. “We believe that God loves the Jews. He sent his own son to us as a Jew.” Bauer burst out once more: “But look what they did to Him!”

Now Opa Koos looked Bauer in the eyes and gently spoke: “Oberst, what you are doing today to us…to the Jews…and to all Europe… THAT is what put our Jesus on the cross.”

There followed an eloquent silence. All eyes fixed on the officer, waiting for his violent response. But before Bauer could collect himself, Else smiled at the Nazi and warmly said: “It’s Christmas Day, Colonel. It’s the birthday of Jesus the Jew. Are you not a Christian?” Bauer cleared his throat, looked around at all the family and replied: “Yes I am — but I am  also an obedient officer of the German army.”

Else saw an opportunity to challenge the officer on faith, “I agree, Colonel. And I am an officer and disciple of his kingdom, of his Christian army! And you, Colonel, as a Christian — are you not obedient to His commands, too?”

The embarrassed officer felt himself corned. Quietly, almost inaudibly, he muttered: “Yes, I am.” He had no further answer. Else dared to touch his arm: “Look, we are all one family in Jesus; brothers and sisters, Jews and Christians, the rich and the poor. That is why He died.”

The message hit the mark. The German officer returned his pistol to its holster, gazed around at every waiting face and then said: “I must leave. There is Holy Mass in the early morning.”

He began to move towards the door, but suddenly stopped, turned to the family and delivered his final words: “If you are hiding any Jews, be careful. Happy Christmas.” And with that, he was gone.

That morning at 7:00 the lovely church was packed. Among the enthusiastic congregation were many members of the German army. As Opa, Else and all the family genuflected before the Blessed Sacrament, their eyes caught Colonel Bauer awaiting his turn in the confessional queue, his cap under his left arm. He saluted them with a slight bow.

The choir burst forth in joyful praise “O come let us adore Him…” The colonel vanished behind the purple curtain to find the peace of Jesus awaiting him.

Kneeling and in prayer and adoration, a thought flashed upon Else’s mind: “There is so much good in the worst of us — and so much bad in the best of us!”