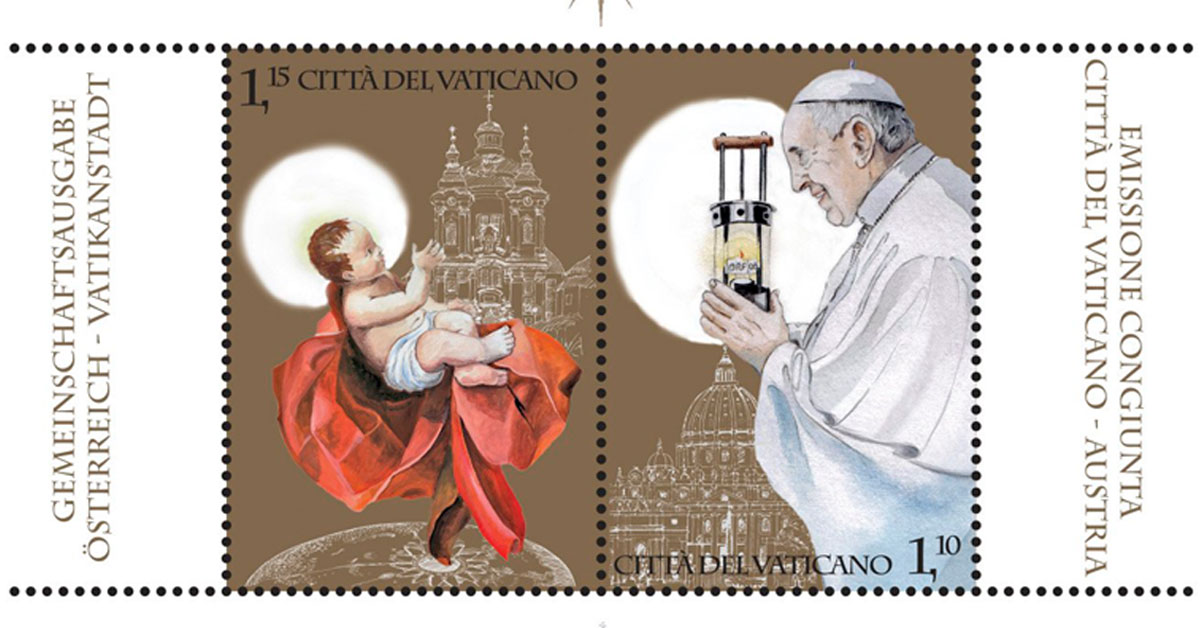 Vatican Christmas stamps for 2020 show the baby Jesus and Pope Francis holding a lantern. The theme of this year’s Christmas stamps is “the light of the peace of Bethlehem.” This page was jointly issued with Austria. (CNS photo/Vatican stamp and coin office)

Although the Vatican knows Christmas may be very different this year because of the Covid-19 pandemic, it already has chosen its stamps and the Nativity scene and tree that will stand in St Peter’s Square.

The larger-than-life-sized ceramic figures in the Nativity scene will come from a high school in Castelli, a town in the ceramic-producing region of Teramo, northeast of Rome, the Vatican announced October 30.

The F.A. Grue Institute, a high school focused on art, will send only a handful of the 54 sculptures that students and teachers crafted for the scene between 1965 and 1975, the Vatican said. In addition to the Holy Family, an angel and the three kings, there will be a bagpipe player, a panpipe player, a shepherdess and a little girl carrying a doll.

The scene will be displayed next to a towering spruce tree from Slovenia.

The tree, which is almost 28m tall, will come from an area outside the town of Kocevje, the Vatican said.

“This year, more than ever, the staging of the traditional space dedicated to Christmas in St Peter’s Square is meant to be a sign of hope and trust for the whole world,” the Vatican statement said. “It expresses the certainty that Jesus comes among his people to save and console them.”

The Nativity scene will be unveiled, and the tree will be lighted December 11, the Vatican said.

The Vatican also revealed the design for its 2020 Christmas stamps, which celebrate the birth of Jesus as a light of peace for the world. 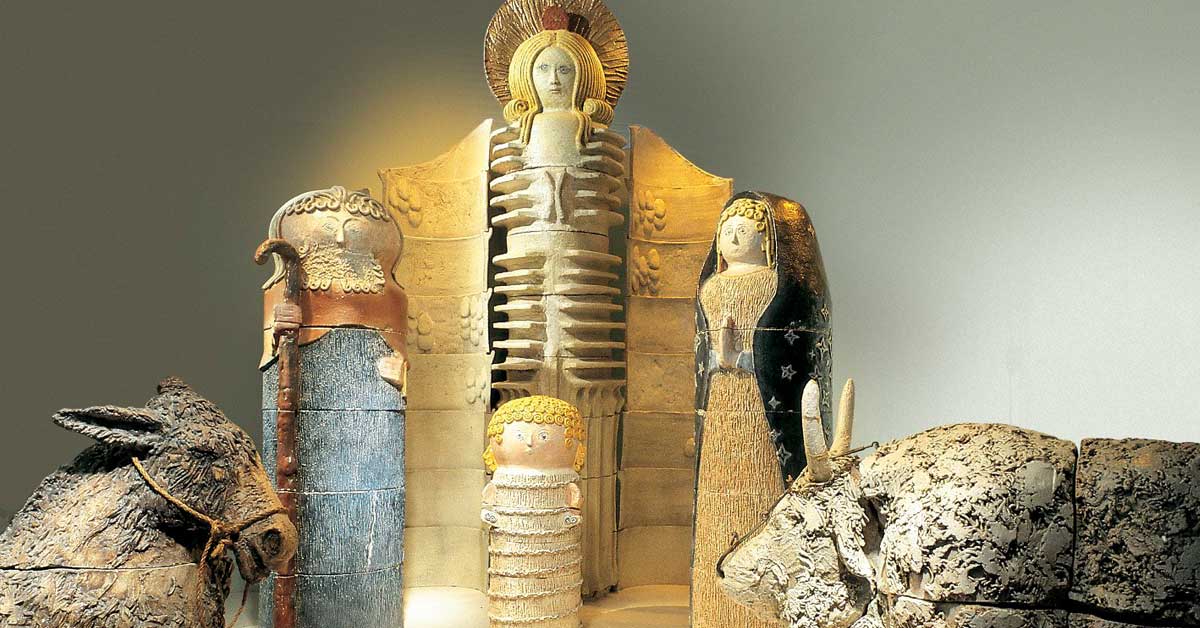 The Nativity scene this year for St. Peter’s Square at the Vatican will include larger-than-life-sized ceramic figures from a high school in Castelli, a town in the ceramic-producing region of Teramo, northeast of Rome. Students and teachers at the F.A. Grue Institute, a high school focused on art, crafted the figures for the scene between 1965 and 1975. (CNS photo/courtesy F.A. Grue Institute)

As a joint issue with Austria, a single sheet with the two stamps pays tribute to an Austrian initiative called “Peace Light of Bethlehem.”

In early December each year, an Austrian scout is chosen to go to Bethlehem and light a lantern from the oil lamp hanging over the 14-point star that marks the spot where Jesus is believed to have been born.

The lantern is brought back to Austria where the flame is used to light other lamps and candles that families and parishes place next to their Nativity scenes. It also is shared with officials at the European Union offices in Belgium and, from there, taken throughout Europe.

The initiative, begun in 1986 by the Austrian broadcasting company, ORF, also raises money for children with disabilities or other special needs.