Advent Reflection for the Pope: Reality of Death leads to Greater Appreciation of Life 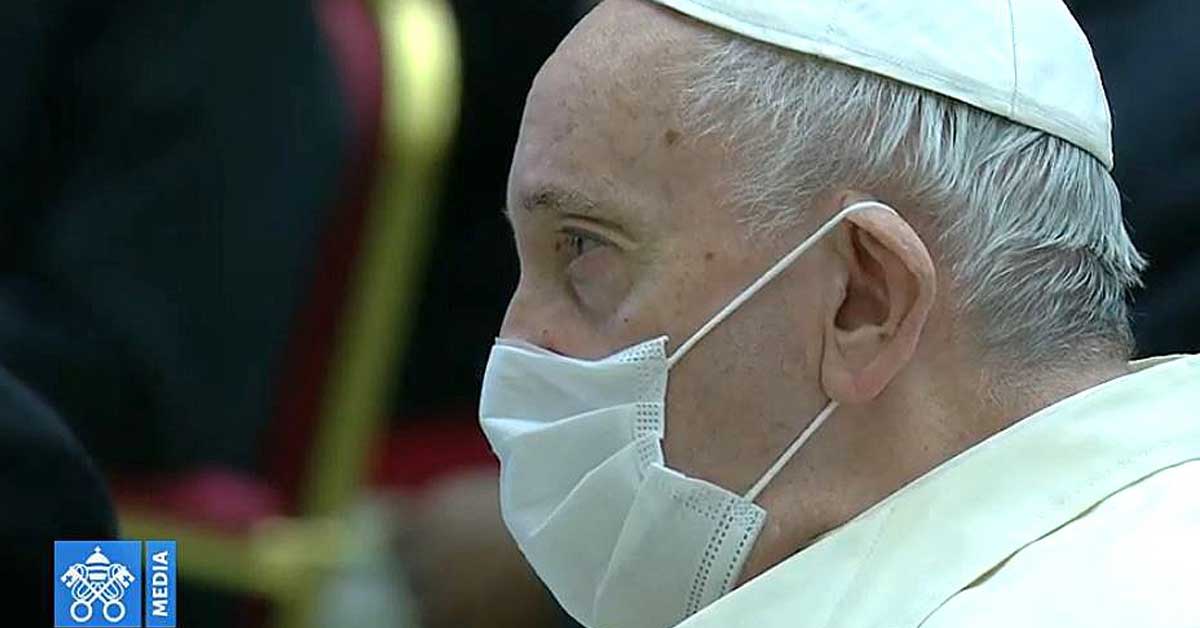 By Junno Arocho Esteves – By forcing the world to see the reality of death, the COVID-19 pandemic also gives people an opportunity to reflect on what is truly important in life, the preacher of the papal household told Pope Francis and his aides.

“The thought of death prevents us from attaching ourselves to things, from staring down here at the abode of the heart, forgetting that ‘we have no stable abode down here,'” Cardinal Raniero Cantalamessa said Dec. 4.

The preacher of the papal household leads the pope and Roman Curia officials in a spiritual reflection on most Fridays of Advent and Lent.

Due to the pandemic, the meditations — which are traditionally held in the Redemptoris Mater Chapel of the Apostolic Palace — were held at the Paul VI audience hall to ensure social distancing. The pope, as well as the curial officials present, wore masks throughout the nearly 30-minute meditation.

For his 2020 Advent reflections, Cardinal Cantalamessa told CNS Nov. 27 he would reflect on the current pandemic as “an opportunity to put some hidden truths and realities back into circulation,” realities such as “death, eternal life and Christ’s presence – thanks to the Incarnation – in the boat of this stormy world of ours.”

For the theme of his first Advent reflection at the Vatican, the Capuchin prelate chose a verse from Psalm 90: “Teach us to count our days aright, that we may gain wisdom of heart.”

Cardinal Cantalamessa told the curial officials that death “is the end of all differences and injustices that exist between men and women,” and he insisted that looking at one’s life “from the point of view of death is an extraordinary help to live well.”

“Are you distressed by problems and difficulties?” he asked. “Go ahead, get to the right point: Look at these things from your deathbed. How would you like to have acted then? What importance would you give to these things? Do you have a conflict with someone? Look at it from your deathbed. What would you have wanted to do then: to have won or to have humiliated yourself? To have prevailed or to have forgiven?”

People, he continued, should not fear physical death but rather the “eternal death,” which is the only thing “that really deserves the name of death because it is not a passage, an Easter, but a terrible end of the line.”

“It is to save men and women from this misfortune that we must return to preach death to Christians,” the cardinal said.

Reflecting on the institution of the Eucharist, Cardinal Cantalamessa said that Christ instituted the sacrament not only to “unite us to himself,” but also because it “is the truest, fairest and most effective way to prepare ourselves for death.”

“In it we also celebrate our death and offer it, day by day, to the Father,” the cardinal said. “In the Eucharist, we can bring up to the Father our ‘amen,’ our ‘yes,’ to what awaits us, to the kind of death that he will allow for us. In it we make a ‘will’: we decide to whom we leave our lives and for whom to die.”