Advent reflection: Make Oneself Small in Order to Raise up the Other 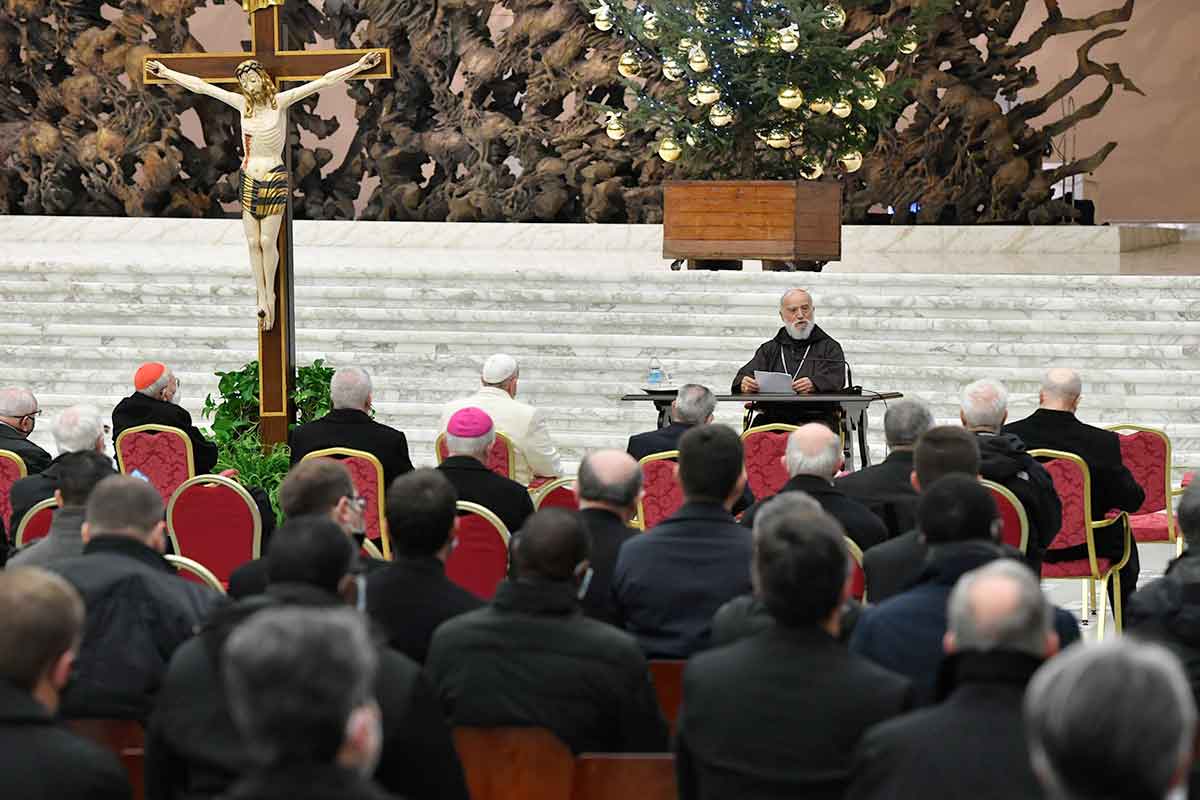 Reaching out to and helping the poor “is to imitate God; it is to make oneself small out of love in order to raise up the other,” the preacher of the papal household told Pope Francis, officials of the Roman Curia and Vatican employees.

Offering his third Advent meditation for the pope and his aides December 18, Cardinal Cantalamessa quoted Jean Guitton, the French philosopher and lay observer at the Second Vatican Council, who said the bishops there “rediscovered the ‘sacrament of poverty,’ the presence of Christ under the species of those who suffer.”

“These are strong words, but they are well-founded theologically,” the cardinal said. Christ became human, but resembles most especially people who are “poor, humble or suffering. Christ instituted this sign just as he instituted the Eucharist. The one who said, ‘This is my body,’ said the same words about the poor” when he taught that whatever people do for the least of their brothers and sisters, they do for Christ.

In coining the phrase “the church of the poor,” he said, St John XXIII was not talking just about the poor people who are members of the church; “in a certain sense, all the poor of the world – whether they are baptised or not – belong to the church.”

Cardinal Cantalamessa said some people might object, “‘but they don’t have faith and are not baptised.’ This is true. But neither did the Holy Innocents” – the babies in and around Bethlehem who King Herod ordered murdered – who the Catholic Church honours with a feast day December 28.

“Fortunately for us, God has many more ways to save us than we can imagine,” he said. “Although all of these ways – none excluded – in a manner known only to God pass through Christ and his paschal mystery.”

“The poor belong to Christ not because they say so,” the cardinal said, “but because Christ said they do.”

One consequence, Cardinal Cantalamessa said, is that “the pope, and the other pastors of the church with him, truly is the father of the poor. And it’s a joy, an example for all of us to see how this role has been taken to heart by the most recent popes and in a particular way, if I can say so, by the pastor who sits on the chair of Peter today.”

“Christmas is the feast of the humility of God,” he said.

When St. John the Baptist was preaching about the Messiah’s presence in the world, the cardinal said, the challenge was to get people to accept that the Messiah was fully human, that he had a physical body “so similar to ours, except for sin.”

Saying that God became human was a scandal, he said. But “today it is especially his mystical body, the church, that creates difficulty and scandalizes — it’s so similar to the rest of humanity, not even excluding sin.”