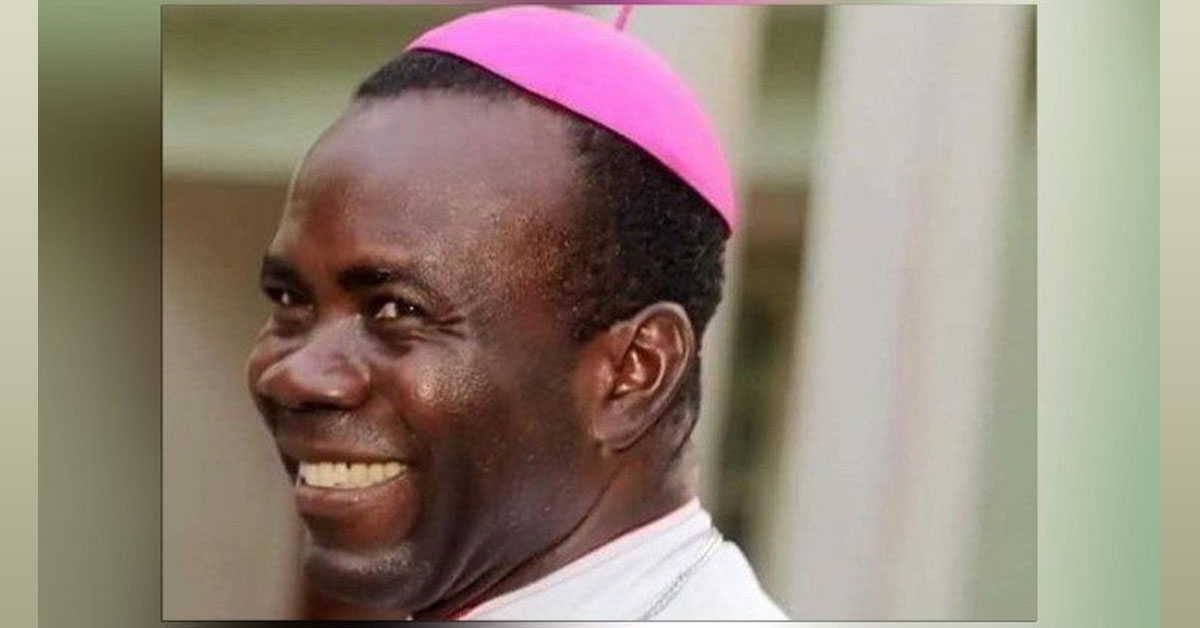 Auxiliary Bishop Moses Chikwe of Owerri, Nigeria, and his driver were kidnapped late December 27, according to Fides, the news agency of the Congregation for the Evangelisation of Peoples.

His car was found later near Maria Assumpta Cathedral in Owerri.

According to Nigeria’s Daily Post Dec. 29, the Archdiocese of Owerri issued a statement saying, “There has not been any form of communication from the kidnappers since his kidnap on Monday.”

“Trusting in the maternal assistance of the blessed Virgin Mary, we pray for safety and quick release,” the archdiocese’s statement said.

The Daily Post said the kidnapping was confirmed by Orlando Ikeokwu, spokesman for the Imo State Police, the southeast Nigerian state where the incident occurred.

Ikeokwu, the newspaper reported, “said the command had swung into action to fish out the kidnappers of the bishop.”

The 53-year-old bishop lived and worked in Southern California from 2005 to 2017. He completed a master’s degree in educational administration at Loyola Marymount University in Los Angeles and a PhD in education at the University of California at Los Angeles. He was appointed auxiliary bishop of his home archdiocese in 2019.

Bishop Chikwe’s kidnapping came less than two weeks after the kidnapping and release in Imo State of Father Valentine Oluchukwu Ezeagu, a member of the Sons of Mary Mother of Mercy Congregation. The priest was stopped and taken by armed men Dec. 15 as he was driving to his father’s funeral in Anambra State, north of Imo. He was released unharmed the next day.

Pastoral Letter On Violence Against Women, Girls And Children