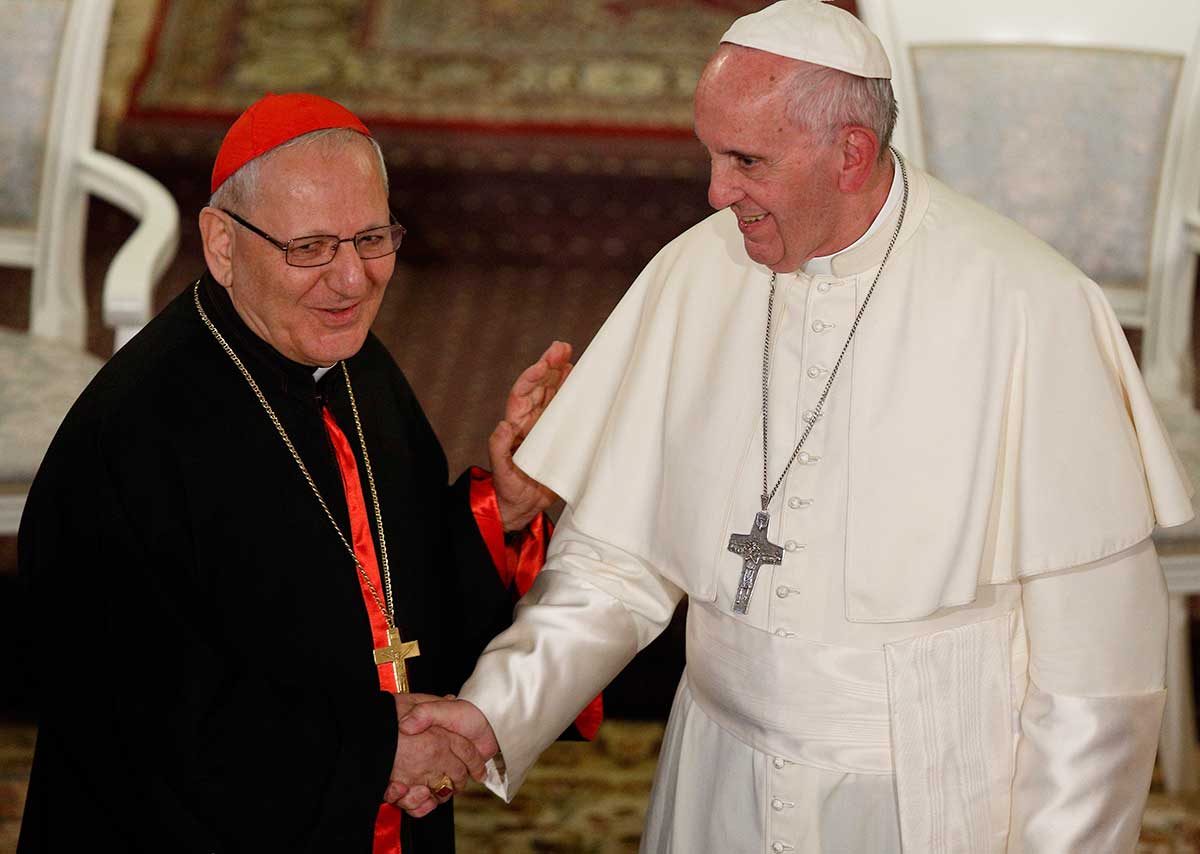 In the midst of three days of prayer and fasting for peace and an end to the coronavirus pandemic, Iraqi Cardinal Louis Sako, the Baghdad-based patriarch of the Chaldean Catholic Church, said Iraqis still are counting on Pope Francis to visit in March.

“We are preparing everything with the government,” he told Vatican News Jan. 26, five days after two suicide bombers killed 32 people and injured more than 100 others in Baghdad. In response to the violence and to the threat of COVID-19, the cardinal called Catholics to three days of fasting and prayer Jan. 25-27.

“The pope will come to say, ‘Enough, enough war, enough violence; seek peace and fraternity and the safeguarding of human dignity,'” the cardinal said.

During his planned visit to Iraq March 5-8, Pope Francis “will bring us two things: comfort and hope, which have been denied to us until now,” Cardinal Sako said.

While some papal trips become national celebrations and an opportunity to showcase the local culture, the pope’s trip to Iraq will have “mostly spiritual connotations,” the cardinal said. “It is a very important event for us Christians, but everyone in Iraq is awaiting this visit, including the Muslims, other religious realities and government leaders.”

After the Jan. 21 bombing, which the Islamic State group took credit for, the Iraqi people are worried and sad, the cardinal told Vatican News. “The people they killed were poor, truly poor people. Unfortunately, these attacks have a political aim; they are a message to the government and also to the new American president.”

Cardinal Sako said that, fortunately, the time of targeting Christians seems to have passed, but Iraqi Christians are Iraqi and they suffer when the rest of the population does.

That is why he called for three days of prayer and fasting, he said. Christians are praying that the God of all people will bring them peace and that the coronavirus pandemic ends soon.

Pope On Pentecost: Church United By Spirit, Not Personal Beliefs