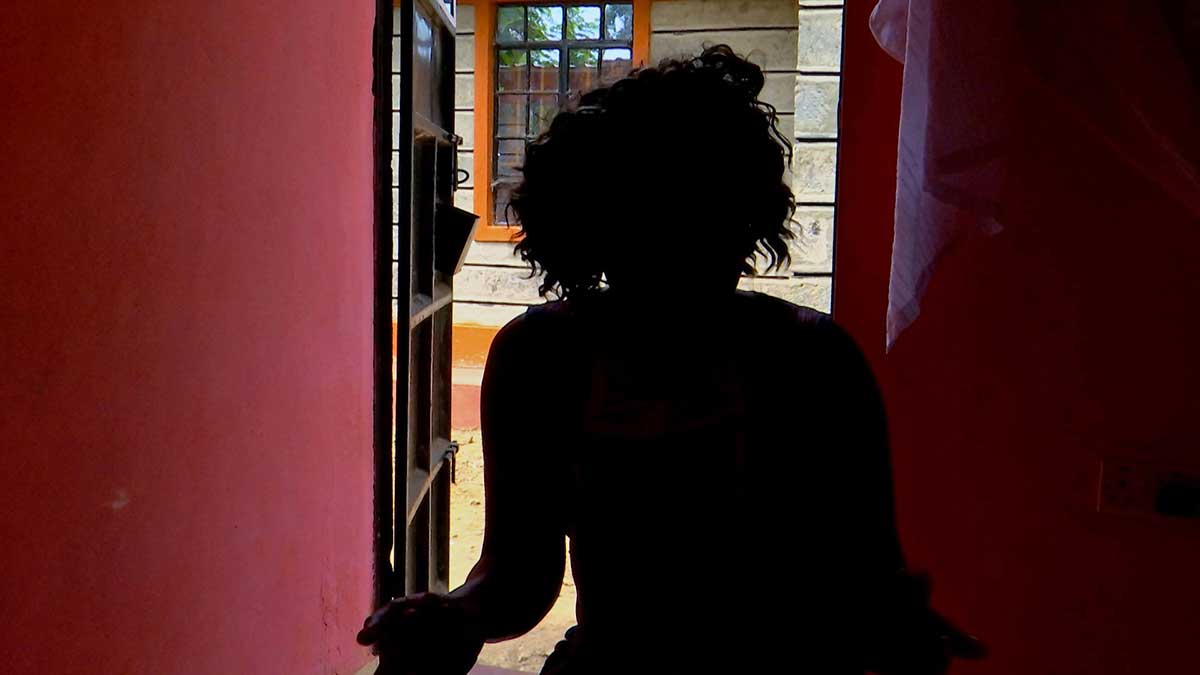 A suspected victim of human trafficking to India who returned to Kenya with the help of the International Organisation for Migration is seen in Nairobi, Kenya, Aug. 4, 2020. In the preface to a new Italian book, Pope Francis encourages people to put themselves in the shoes of victims of human trafficking and understand the plight of many immigrants. (CNS photo/Jackson Njehia, Reuters)

By Carol Glatz  – Pope Francis encouraged people to put themselves in the shoes of victims of human trafficking.

Once a person learns about these victims’ experiences, “it will be impossible to remain indifferent when we hear talk about boats adrift, ignored and even driven back from our shores,” he wrote in the preface to a new book.

The pope’s remarks appear in the book, “I Am Joy: A Cry of Freedom from the Slavery of Trafficking.” The book, written in Italian, was to be released Jan. 27 by the Italian publishing house of the Society of St. Paul. The International Day of Prayer and Awareness against Human Trafficking is celebrated annually February 8, the feast day of St Josephine Bakhita. Publishers released the text of the pope’s preface Jan. 21.

Written by Mariapia Bonanate, the book offers a first-person narrative of a woman from Benin City named Joy. Trusting the advice of a friend, Joy left for a promised job opportunity in Italy, hopeful she would be able to work, study and send money home to her family.

Only a few hours into her trip, the then-23-year-old realised she had been duped, as she was forced to cross a desert, experience violence and deprivation in Libyan detention camps and then risk capsising on an overcrowded boat across the Mediterranean.

Once on Italy’s shore, Joy was forced into prostitution, extorted with a debt of 35,000 euros (US$42,500) and coerced and threatened by her “madam” with voodoo rituals. However, she never lost her faith in God, whom she felt was always in her heart and by her side, and she eventually found help at a safe house in Caserta for trafficking victims.

In the book’s preface, the pope said that Joy’s “Way of the Cross” is just one tile embedded in a vast mosaic of other tiles – other lives of so many vulnerable women and men – that are invisible to others.

Anonymous and unseen, these victims are exploited by “unscrupulous traffickers who grow rich off the misfortune of others, taking advantage of people’s desperation, subjecting them to their authority,” he wrote.

Pope Francis then poses a question to the book’s readers, asking, “How much does this reprehensible reality” of countless young women forced onto the streets as sex workers “result from the fact that many men, here, request these ‘services’ and are willing to buy another person, crushing them in their inalienable dignity?”

He said Joy’s testimony forces people to see the prejudices and responsibilities “that make us a complicit part of these circumstances.”

The pope recognised how survivors like Joy go on to become some of the best advocates and sources of support for other victims. He thanked her and everyone who, “even at the cost of their safety, assist these victims of modern-day slavery.”

Pope: Prayer is Not a Sedative to Alleviate Life’s Anxieties

Pope: Love of God is always Measured by Love of Neighbour
Share