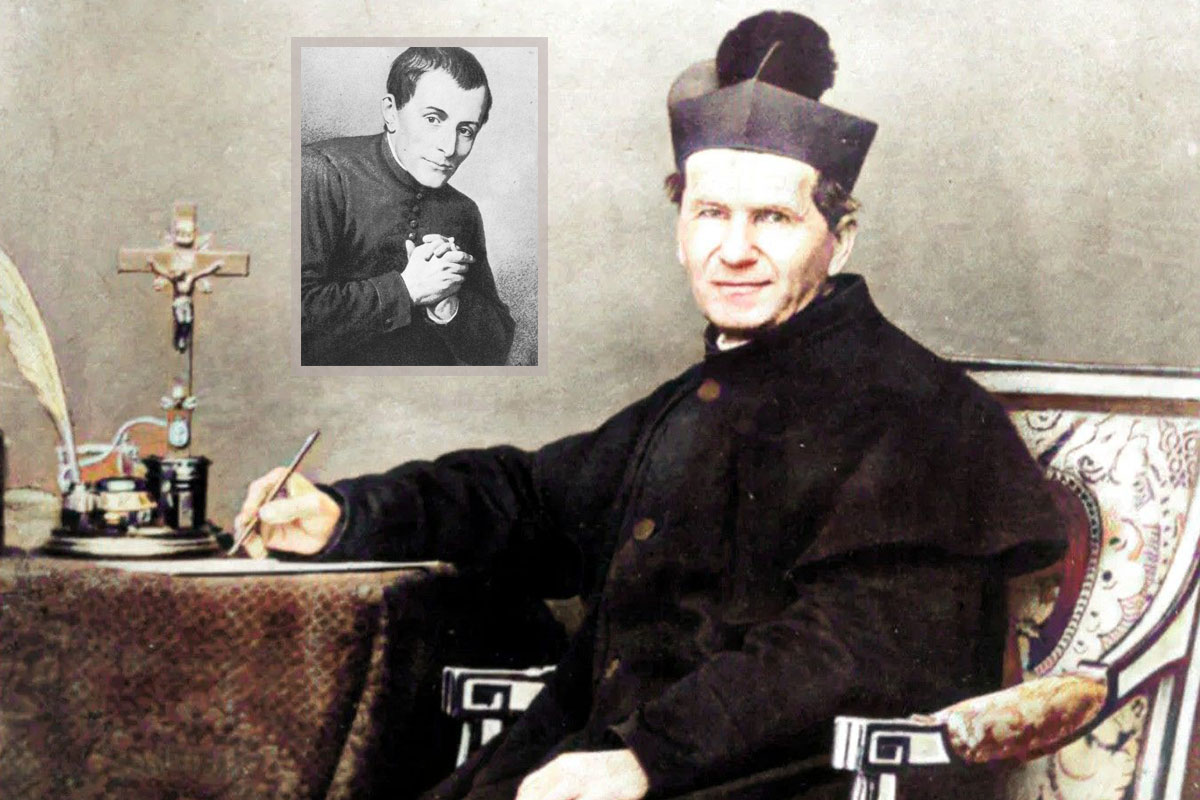 Saint at a glance

The feast of St John Bosco (popularly known as “Don Bosco”) is celebrated on January 31, honouring the 19th-century Italian priest who reached out to young people to remedy their lack of education, opportunities, and faith — and founded the Salesians congregation to accomplish this aim.

John Bosco was born on August 16, 1815, into a family of peasant farmers in Castelnuovo d’Asti, about 20km east of Turin in Italy. The village would later be renamed in the saint’s honour as Castelnuovo Don Bosco.

John was only two years old when he lost his father, Francesco, to pneumonia, but he drew strength from his mother Margherita’s deep faith in God.

Margherita also taught her sons — John (or Giovanni) and his older brothers Antonio and Giuseppe — the importance of charity, using portions of her own modest means to support those in even greater need. John desired to pass on to his own young friends the example of Christian discipleship which he learned from his mother.

She died in 1856 at 68, also from pneumonia. Margherita was declared venerable in 2006 and has an advancing cause towards beatification.

At age nine, John had a prophetic dream in which unruly young boys were blaspheming. A nobly-attired man said to him: “You will have to win these friends of yours not with blows, but with gentleness and kindness. So begin now to show them that sin is ugly and virtue beautiful.”

As a boy, and even later as a priest, he would entertain his peers with juggling, acrobatics and magic tricks, before explaining a sermon or leading them in praying the rosary.

Older brother Antonio opposed his plan to be a priest — “John is a farmer like us,” he would say — and antagonised John so much that the younger of them left home to become a farmhand at the age of 12. After moving back home two years later, John worked in various trades.

In 1830 he met St Giuseppe Cafasso, a young priest and social reformer who spotted some natural talent in John and supported his first schooling, which would enable John to enter the seminary.

On June 5, 1841, John Bosco was ordained a priest. In the industrial city of Turin, he began ministering to boys and young men who lived on the streets, many of whom were without work or education. The industrial revolution had drawn large numbers of people into the city to look for work which was frequently gruelling and sometimes scarce. Don Bosco (“Don” is the Italian address for priests) was shocked to see how many boys ended up in prison before the age of 18, left to starve spiritually and sometimes even physically.

The young priest was determined to save as many young people as he could from a life of degradation. He established a group known as the Oratory of St Francis de Sales, and became a kindly spiritual father to boys in need. His ageing mother helped support the project in its early years. 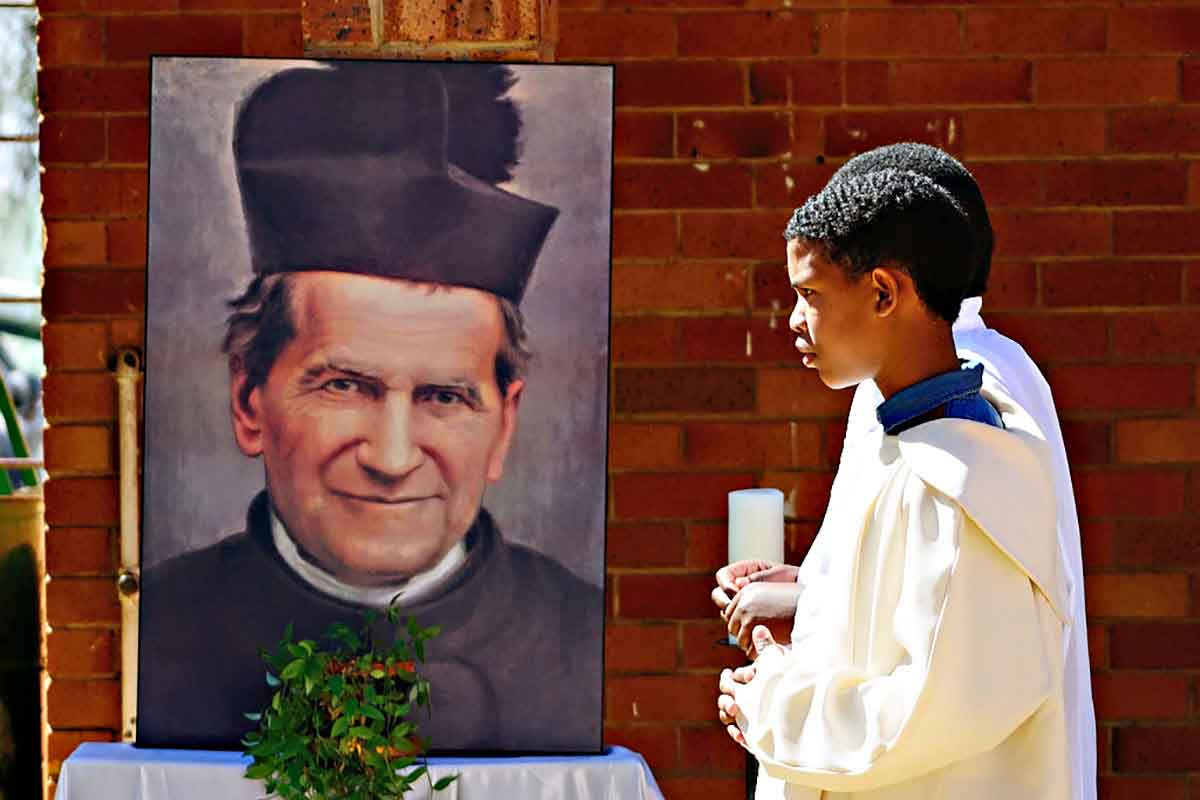 Altar servers at a bicentennial Mass for St John Bosco at the Bosco Youth Centre in Walkerville, near Johannesburg, in 2015. (Photo: Mark Kisogloo)

A prolific author throughout his life, in 1875 Bosco began to publish the Salesian Bulletin. It has remained in continuous publication, currently in 50 different editions and 30 languages.

But success did not come easily, as the priest struggled to find reliable accommodations and support for his ambitious apostolate. He was resented by some, within and outside the Church, as a “wheeler-dealer” for his fundraising efforts. Bosco, a conservative in Church matters but a social reformer, attracted much opposition. Traditionalist clergy accused him of stealing young and old people away from their own parishes through the oratories he founded. Anti-clerical nationalists saw his several hundred young men as a recruiting-ground for revolution. The police in Turin regarded his open-air catechisms as political and a threat to the state. Several attempts were made on Bosco’s life.

But such hostility did not stop the Salesians from expanding in Europe and beyond. By the end of Don Bosco’s life in 1888, they were helping 130000 children in 250 houses. Nine years after his death, the first Salesians came to South Africa. Since that day in 1897, they have worked to empower young people in Cape Town and Johannesburg, as well as in Eswatini and Lesotho.

St John Bosco died in the early hours of January 31, 1888, after conveying a message: “Tell the boys that I shall be waiting for them all in Paradise.”

He was canonised on Easter Sunday of 1934, and is a patron saint of young people, apprentices, and Catholic publishers and editors.

This article appeared in the January, 2021 edition of The Southern Cross magazine, with a double-page poster of the saint featuring a photograph which was colourised exclusively for The Southern Cross. Order back-copies at R30 (plus R12 p&p) from admin@scross.co.za.