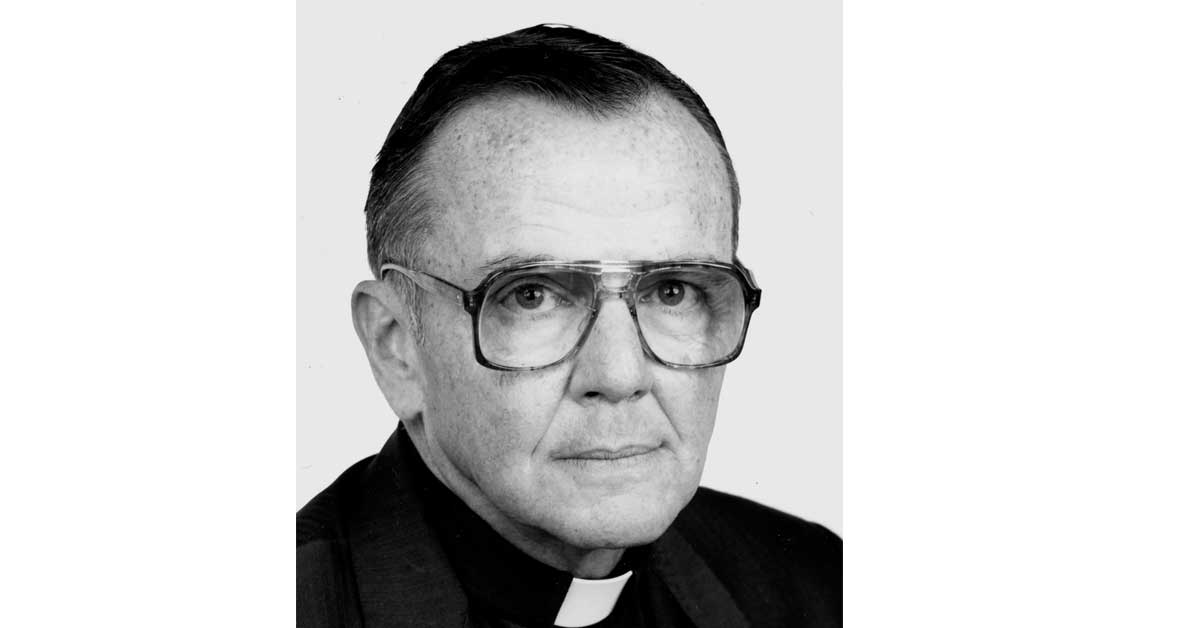 The Vatican’s Congregation for the Doctrine of the Faith exonerated retired Bishop Joseph H. Hart of Cheyenne of seven accusations of sexual abuse of minors and determined that five other accusations “could not be proven with moral certitude,” the Diocese of Cheyenne said.

However, the congregation issued a canonical rebuke of Bishop Hart “for his flagrant lack of prudence as a priest and bishop for being alone with minors in his private residence and on various trips, which could have been potential occasions endangering the ‘obligation to observe continence’ and that would ‘give rise to scandal among the faithful,'” the diocese said Jan. 25.

A news release from the diocese also said the congregation rebuked Bishop Hart, 89, “for his disregard of the urgent requests that he refrain from public engagements that would cause scandal among the faithful due to the numerous accusations against him and the civil and canonical investigations and processes being conducted in his regard.”

To survivors of sexual abuse, Bishop Steven R. Biegler of Cheyenne said in the diocesan statement, “I support and believe you.”

“I understand that this announcement will not bring closure to the survivors, their family members, Bishop Hart and all those affected,” Bishop Biegler said.

“I will continue to work and pray for their healing and for all involved in these painful and distressing matters,” he continued. “In the Diocese of Cheyenne, we remain steadfast in our commitment to protect the most vulnerable and to accompany those who have been harmed on a journey of healing.”

The Vatican’s findings involve 11 males and one female, the diocese said.

The diocese explained the congregation’s decision was that guilt was not proven with moral certitude, which is the equivalent of “beyond reasonable doubt,” the standard for a criminal conviction in a secular court.

“The findings do not equate innocence; rather, a high burden of proof has not been met,” the diocese said.

The Vatican also continued restrictions on Bishop Hart’s actions, including that he refrain from contact with minors, youth, seminarians and vulnerable adults and from “presiding or participating anywhere in any public celebration of the liturgy.”

Bishop James V. Johnson Jr. of Kansas City-St. Joseph, Missouri, said Bishop Hart’s case is of interest to his diocese because several of the accusations originated there, dating to the time he was a priest prior to becoming a bishop in Wyoming in 1976. He served in the Missouri diocese for 20 years.

“This has been a long and often difficult process, especially for the survivors and their families who bravely shared their stories. I am grateful for the courage and perseverance of those who brought this matter to a point of decision; the survivors, their families and Bishop Biegler,” Bishop Johnson said in a statement posted on the diocesan website.

“While a decision has been rendered, we must not lose hope,” the statement continued. “The Diocese of Kansas City-St. Joseph remains committed to protecting the most vulnerable and to the ongoing work of accompanying survivors on the path to healing. I invite all the faithful to join me in prayer, particularly for all those who have been directly wounded by clerical sexual abuse, themselves and their families, and for the church.”

“The church’s finding follows two separate but similarly lengthy and diligent investigations conducted by local law enforcement that reached the same conclusion: The allegations made against Bishop Hart are unwarranted,” Jubin said in an email to the newspaper.

Bishop Biegler in June 2019 announced the Vatican trial for Bishop Hart, more than a year after his January 2018 announcement that he hired an investigator to look anew into the allegations against the retired prelate. That investigation found the allegations credible.

Bishop Hart was accused of sexually abusing two boys from Wyoming after he became Cheyenne’s bishop in 1978. He was auxiliary bishop of the statewide diocese for two years before that.

In 2002, police and prosecutors in Cheyenne cleared Bishop Hart of any wrongdoing because they found “no evidence to support the allegations.”

But Bishop Biegler ordered the new investigation of the claims since there were “no trials, no determination of guilt or innocence (and) the matter was not resolved,” the diocese said.

The Wyoming allegations came after several men alleged Bishop Hart sexually abused them years earlier, when he was a priest in the Diocese of Kansas City-St. Joseph. He was ordained for that diocese May 1, 1956. He was accused of three instances of abuse dating to the late 1960s and early 1970s there.

In 2008, the Missouri diocese, then headed by Bishop Robert W. Finn, announced a $10 million settlement with 47 victims of sexual abuse by 12 clergy and former clergy of the diocese. The diocese did not name the 12 clergymen involved in the settlement, but at the time, attorneys for the victims said the group included Bishop Hart. Another financial settlement was reached by the diocese in 2014.

Allegations against Bishop Hart were made in 1989 and 1992 in Kansas City, The Kansas City Star reported. The accusations originally were found not credible, but in 2018, Bishop Johnson determined there was enough evidence to substantiate them.