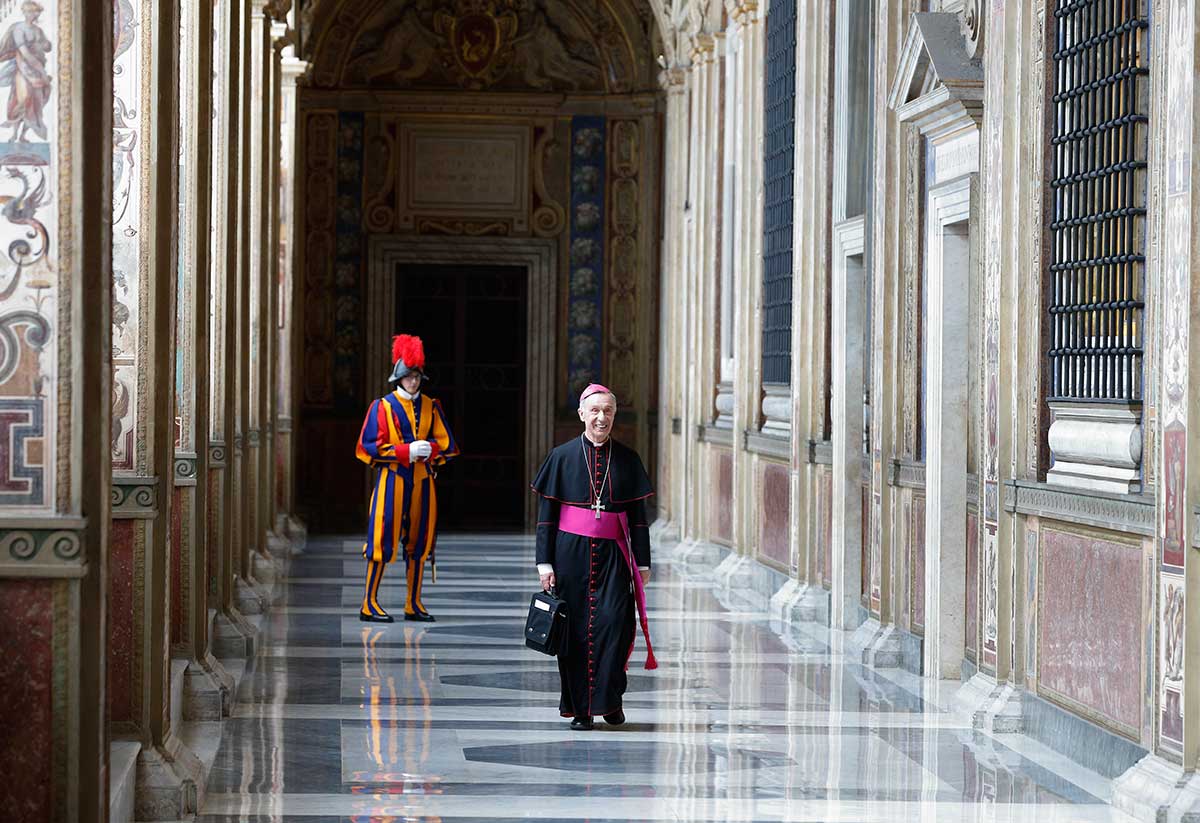 By Carol Glatz – Established almost 500 years ago, the Congregation for the Doctrine of the Faith is no longer “the Inquisition” – rather, its main focus is handing down the teachings of the apostles, said the office’s prefect.

“Our mission is to promote and protect the doctrine of the faith. It is a task that will always be necessary for the church, which has the duty to transmit the teaching of the apostles to the next generation,” Cardinal Luis Ladaria Ferrer, congregation prefect, told Vatican News February. 1.

Called the Sacred Roman and Universal Inquisition when it was instituted in 1542, the congregation was initially a tribunal exclusively for cases of heresy and schism, but soon its responsibilities were expanded to include “everything relating directly or indirectly to faith and morals,” according to the congregation’s website.

Of the many people examined in the early days, the one mentioned most often is Italian scientist Galileo Galilei, who was found “vehemently suspect of heresy.” St John Paul II issued a declaration in 1992, recognising the error of Galileo’s trial.

The Index of Forbidden Books was originally entrusted to the Inquisition until it became its own congregation for three centuries until 1917 when its duties were again handed back to the Sacred Congregation of the Holy Office – the Inquisition’s new name after it was reorganised by Pope Pius X in 1908.

It was again reformed in 1965 by St. Paul VI and renamed the Sacred Congregation for the Doctrine of the Faith. The Index of Prohibited Books was also abrogated.

Cardinal Ladaria told Vatican News, “The past of our congregation still weighs heavily, since we have not always acknowledged the profound changes that have taken place in the church and in the Roman Curia in recent times.”

“We are no longer the Inquisition; the index no longer exists,” he said.

“What was called the ‘concern for correct doctrine’ came about before the Holy Office, it already existed in the New Testament” and it can be seen in the many councils and synods held since, he added.

“Certainly, the concrete way of carrying out this task has changed over the course of the centuries and we can imagine that it will continue to change,” the cardinal said. “But the concern for fidelity to the doctrine of the apostles will always remain.”

According to the office’s website, the methods used for doctrinal examination were updated in the 1965 reforms, emphasising that “over the punitive tendency of condemnation, the positive disposition of correcting from the errors, together with protection, preservation and promotion of the faith, prevailed.”

In 2001, St. John Paul II charged the Congregation for the Doctrine of the Faith with the authority to handle cases of accusations of the sexual abuse of minors by clergy and an updated version of these norms was promulgated by Pope Benedict XVI in 2010.

The changes allowed the Vatican to identify and judge reported cases and issue sanctions more rapidly than had been the case before.

Regarding this aspect of the congregation’s work, Cardinal Ladaria said, “We must study and resolve the many cases of abuse of which we become aware.”

“And in dealing with these cases, we raise awareness, we support trust in the church, of the people involved, showing that in the church there is no impunity,” he said.

He said the “ad limina visits,” which bishops from around the world make periodically to the Vatican to report on the state of their dioceses, “are fundamental to raising awareness of the problem among the episcopates of the various countries. Unfortunately, in recent months, because of the pandemic, we have had to suspend these meetings.”

Even with its focus on “doctrine,” he said the congregation still seeks to respond to Pope Francis’ call to reach out and respond to modern-day “peripheries” and to be close to the poor and marginalised.

“There are peripheries of many kinds. The people we must listen to, the problems we must solve touch real peripheries, perhaps not as visible as others, but no less real and painful. Let us not forget that in not a few circumstances the victims of abuse are among the poorest of the poor,” he said.

Pope: World Leaders Must not use Pandemic for Political Gain

Pope Francis on Christ the King: Make choices with eternity in mind