Pope: Violence against Women displays Cowardice, Degrades all of Humanity 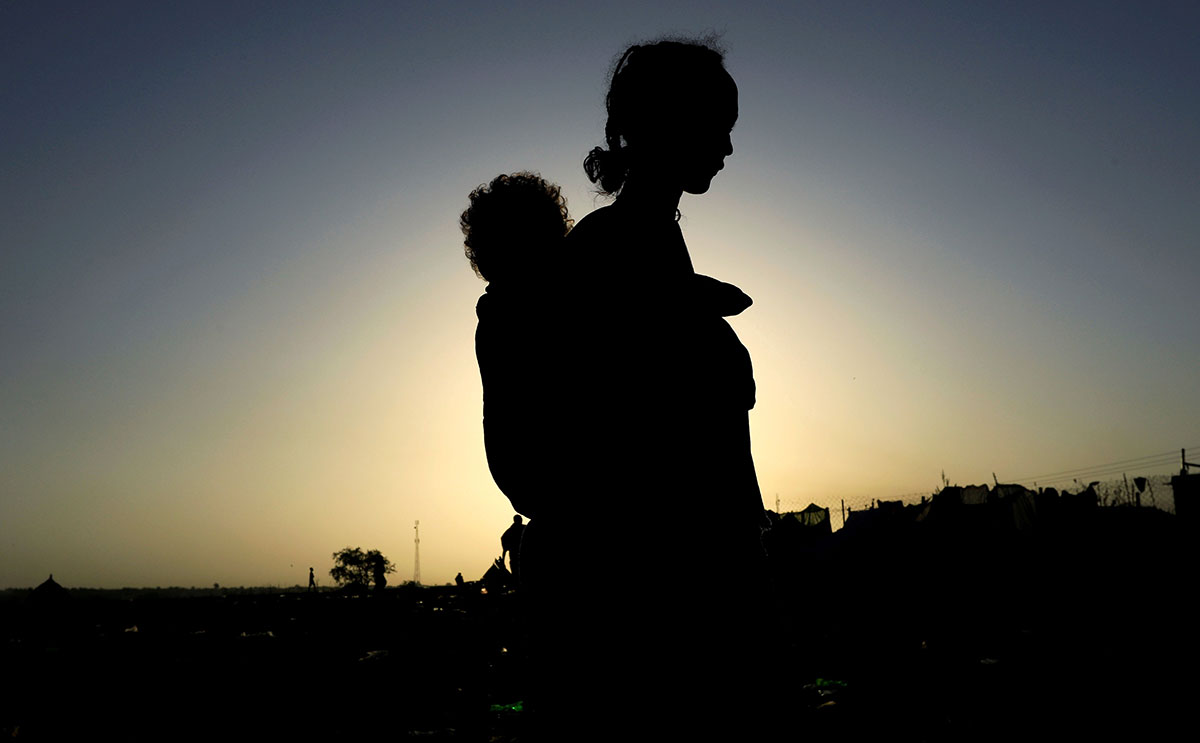 An Ethiopian woman who fled the ongoing fighting in the Tigray region carries her child near the Sudan-Ethiopia border in Sudan’s Kassala state Nov. 22, 2020. Pope Francis’ prayer intention for February is for women who are victims of violence. (CNS photo/Mohamed Nureldin Abdallah, Reuters)

By Carol Glatz– Abuses and violence against women are “acts of cowardice and a degradation of all humanity,” Pope Francis said.

“We must not look the other way. Let us pray for women who are victims of violence, that they may be protected by society and have their sufferings considered and heeded by all,” he said.

The pope’s remarks were part of a video message released by the Pope’s Worldwide Prayer Network as part of his prayer intention for the month of February.

“It’s shocking how many women are beaten, insulted and raped,” said the pope in the February message.

According to UN Women, the UN organisation dedicated to gender equality and the empowerment of women, an estimated 137 women are killed by members of their own family each day. Globally, one in three women have experienced physical or sexual violence at some point in their lives, and 15 million adolescent girls worldwide aged 15 to 19 have experienced forced sexual relations, according to a report issued by the agency in November.

The COVID-19 pandemic has aggravated the situation as measures aimed at limiting the spread of the coronavirus have often led to greater social isolation and economic insecurity, making women more vulnerable to violence in private, it added.

In his video message, the pope said, “The testimonies of the victims who dare to break their silence are a cry for help that we cannot ignore.”

He urged people to not be indifferent and to pray for the protection of victims.

At the start of each month, the Pope’s Worldwide Prayer Network posts a short video – on www.thepopevideo.org – of the pope offering his specific prayer intention.

“The Pope Video” was launched in 2016 to encourage people to join an estimated 50 million Catholics who already had a more formal relationship with the prayer network – better known by its former title, the Apostleship of Prayer.

The prayer network is more than 170 years old.

Pope: Prayer is Not a Sedative to Alleviate Life’s Anxieties