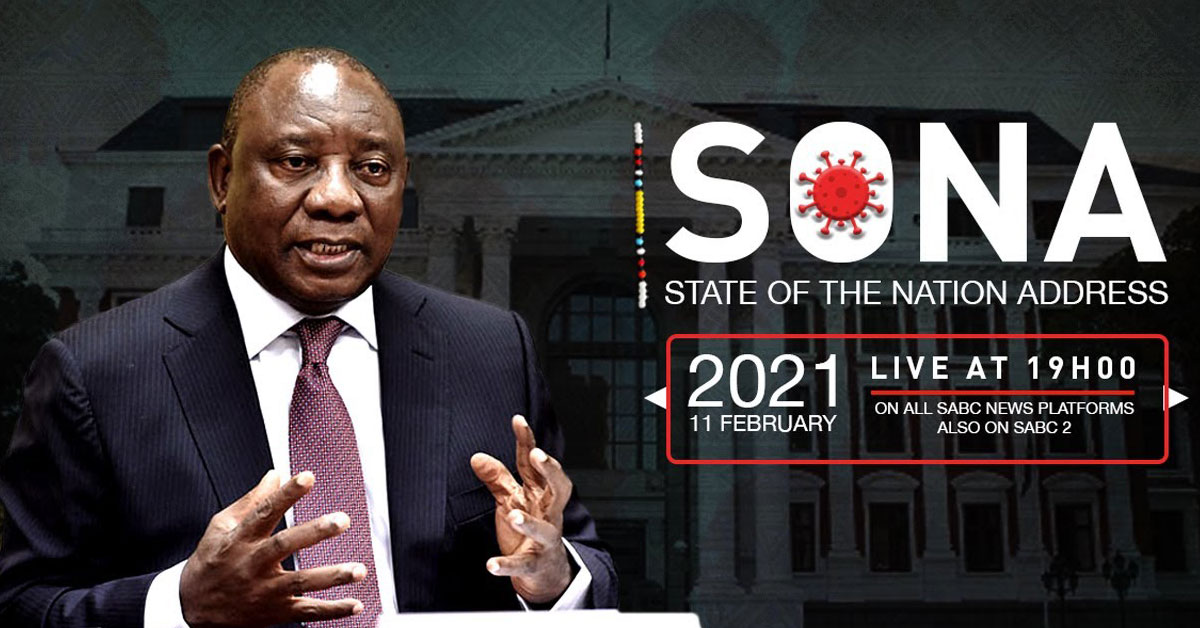 CPLO Response to the State of the Nation Address

There was a lot more good news in President Ramaphosa’s address last night than many people had perhaps expected. Some of it was about relatively small things – the success of ‘masterplans’ in the poultry and sugar industries, for example; massive growth in citrus exports; big investments by motor manufacturers – but these small things add up.

There seems to be more concerted movement on the energy front, especially in sourcing sustainable electricity and in allowing municipalities more freedom to buy or generate their own supplies. According to the President, it has been made much easier to start a business (though already that claim is being questioned); e-visas will soon be introduced to facilitate incoming travel from 14 countries (a promise first made two years ago); and a new list of critical skills, for which immigration requirements will be waived or relaxed, will soon be published.

For the most vulnerable the good news is that the special COVID grant of R350/month will be extended by another three months, as will the Temporary Employee Relief Scheme (TERS) administered by the Unemployment Insurance Fund. On the clinical side of COVID, although the President glossed over the government’s failure to act timeously last year to secure vaccine supplies, he was at least able to tell us that around 40 million doses have now been contracted for; still not enough, but a big improvement on the situation a few weeks ago. And it is good to see that the government has moved smartly to bring in Johnson & Johnson vaccine for health workers after the unexpected discovery that the AstraZeneca vaccine that was about to be deployed is ineffective against the so-called South African variant.

Analysts and commentators will pick over the numerous individual statistics, plans, percentages, and priority lists, no doubt criticising many of them and supporting some. We have become inured to talk of job-creation schemes, small business support and ‘massive infrastructure expenditure’ that somehow do not seem to bring about any reduction in the unemployment figures. One cannot help feeling, however, that the long lists of government plans and achievements, mostly on the economic front, and the debates and analyses that follow, largely miss the point.

The state of the nation is – or ought to be – more a moral than a material question. Are we building a society, as opposed to simply an economy? How is our sense of national purpose and unity? Are we tackling divisive issues? Are our political, constitutional and governance institutions healthy? Is there a proper degree of accountability by the leadership to the people? Are ministers and high officials dedicated, capable and trustworthy and, if not, what is the President, as the ultimate leader, doing to remedy the situation?

Apart from the promise of a new anti-corruption body (which has long been called for by civil society and which could indeed be a significant force in favour of ethical governance), there was virtually no discussion of these questions. Writing from within the Catholic Church, one is struck by an obvious analogy. President Ramaphosa is like a bishop reporting on his diocese: there has been a gratifying increase in baptisms, but ordinations have fallen; three new churches have been built and a pastoral institute is in the planning stages. Sadly, the number of Catholic schools continues to diminish. Church finances remain a serious challenge, but on a positive note, the diocesan choir competition was a great success. And so on…

Meanwhile, festering away in the background and completely unmentioned, is the problem of clerical sexual abuse – the bishop knows about it, but all he has done is to shift the suspected abusers to different parishes or give them other duties. We know the excuses: wanting to avoid public scandal; loyalty to long-serving colleagues; protecting the institution. We also know that none of these excuses is valid and that, as long as the bishop fails to face the problem firmly and courageously, it will remain a cancer eating away at the diocese and undermining whatever other achievements there may be.

Mr Ramaphosa has retained in his executive a number of ministers and senior officials credibly accused of corruption. He has sat by silently as his some of his most senior party colleagues have attacked the work of the Zondo Commission and scorned the Constitution. As leader of the governing party (a position which, in our system, is entwined with his position as head of state) he has allowed politicians facing serious corruption charges to occupy senior parliamentary positions. And just last week, his government attempted to gag the acting head of the State Security Agency from revealing just how corrupt and unaccountable it has become, and how it has been used in the ANC’s factional wars.

We know the political excuses – loyalty to ‘the movement’ and to old comrades; the wish to preserve party unity; the fear of how strong the forces of corruption might be. As with the bishop’s excuses, none of these is valid; and likewise, until the President finds the strength and conviction to face up to the problem of endemic corruption in his party and his government, it will continue to undermine his many laudable intentions and achievements.

Mr Ramaphosa does not have the luxury of time. He faces re-election as ANC president at the end of next year. Reactionary forces are gathering – to drink tea now, but soon enough they will mobilise for less refined purposes. He also has to guide the country through the immense challenge of COVID-19, and to find ways of dealing with entrenched poverty and unemployment. He deserves every sympathy, but he needs to know that the state of our nation at the moment is fragile, and that it needs strong, principled, ethical leadership; and that he is one of the very few people who can provide that. In theological language, what we need from Mr Ramaphosa is prophetic courage.

The President employed a lovely fynbos metaphor in his speech. It is comforting to think of our nation in these terms: like the fynbos, we are beautiful, diverse, unique, well-adapted, resilient, able to come through fire and thrive because of it.

But it also happens to be the case that, in many part of its range, the fynbos is severely endangered. Many individual species are dying out, weakening the whole biome as they go. Unless the many threats to the fynbos are diligently and bravely dealt with, it cannot be taken for granted that it will survive in the long run. As with the fynbos, so with the nation?