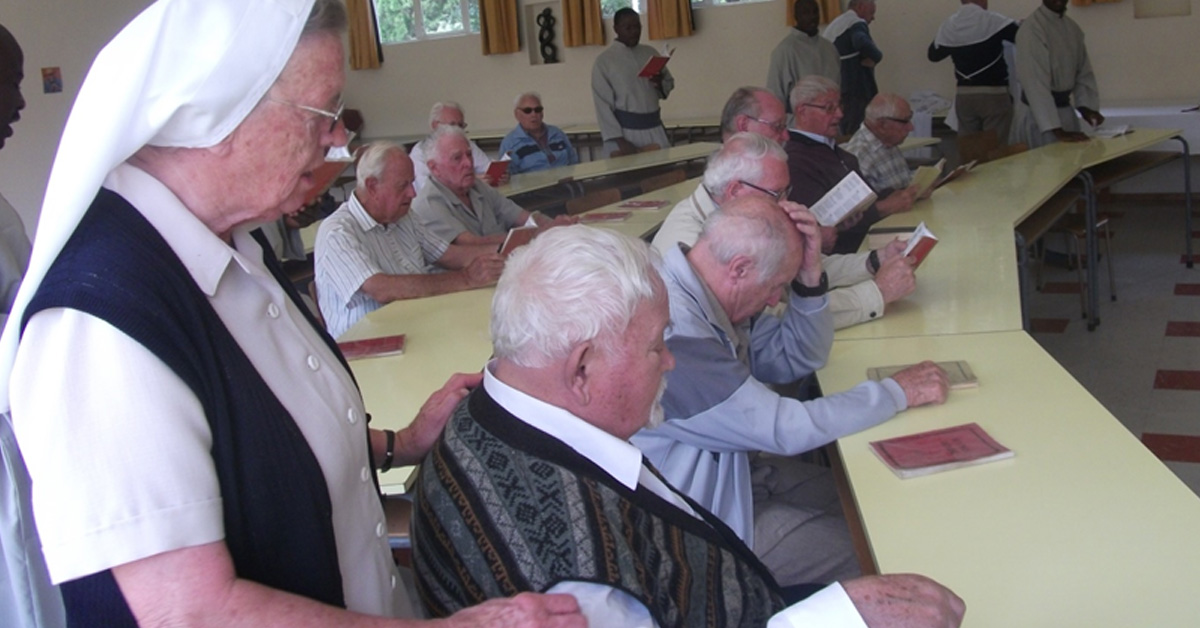 In January 2021 Fr Pius Baettig (SMB) was called to his eternal home while in early February we lost yet other two gallant Swiss Missionaries of Bethlehem namely, Frs Joseph Haag and Alois Graff. The later had been serving in the diocese of Chimoio in Mozambique for 25 years since his retirement in 1996. In Zimbabwe, he had served for 31 years since his arrival from Switzerland in 1965.

Unconfirmed whispers in the corridors of gossip say that there are now less than ten SMB fathers and brothers in Zimbabwe remaining as the “last men standing”. In 2015 Sr Tendai Makonese (OP) had recorded interviews with some of them on Life Lines video programme to capture their memories and savour their legacy.

This writer, was taught Catechism and baptised in 1982 by Fr Joseph Weber (SMB) at St Alois Mission (Silobela), recommended to the seminary by Fr John Kilchmann (SMB) in 1989 and was privileged to conduct an eight-day Canonical retreat with these Missionaries of valour in 2015.

History of SMB Missionaries in Zimbabwe

Founded in 1907 by Canon Peter Bondolfi, the Swiss Missionaries of Bethlehem were requested by Archbishop Aston Chichester (SJ) of Southern Rhodesia to come and work in the southern part of the Salisbury Vicariate, according to the authors Dachs AJ & Rea WF in their book “The Catholic Church and Zimbabwe – 1879-1979”.

“The Bethlehem Missionaries commitment was prompt and dramatic. Bondolfi had promised 30 priests in fifteen years and when World War 2 broke out in 1939, he had already gone a long way towards redeeming this pledge”. Earlier on in this southern part of the Vicariate which became “Fort Victoria prefecture” and later the Diocese of Gwelo in 1955.

The Jesuits had founded Driefontein mission, Gokomere mission, Silveira mission and Ss Peter and Paul parish. To these, the SMB missionaries had by 1965 added twenty more stations. Certainly, the work of the Bethlehem Missionary Society was spectacular in its energy and vigour that even Archbishop Chichester was forced into an unhappy comparison with his own Jesuit Society” (Dachs& Rea, 1979:146).

Most of us in Gweru and Masvingo dioceses in Zimbabwe are witness to the spirit of the SMB, especially their simplicity, never say die tenacity of purpose. They tried their best to speak the local languages, to eat the local food and to live among the people. They walked on foot across the hills and valleys of Bikita, Chirumanzu, Lowveld, Zhombe, Silobela, Malipati and other places, and rode on horses, bicycles and motorcycles to evangelise even in the remotest, back of beyond places.

During the war of liberation in Zimbabwe some of them were martyred including Frs Dober (Driefontein), Holenstein (Berejena), Georg Wiegel (Bondolfi) and Rubio (Bangala) to mention but a few. They had an option of staying in the comfort of their presbyteries but instead chose to suffer with the people.

To appreciate some of the earlier challenges they faced in their missionary endeavour, one needs to read Fr Ignatius Zvarevashe’s book entitled “Authentic Inculturation and Reconciliation” (2005:67). The author says that in the 1950s, Fr John, the parish priest of Driefontein mission once cycled for over 30 kilometres to chief Chirumanzu’s kraal to request land and permission to build a satellite mission. The chief’s council agreed, provided three conditions were met namely;

These conditions were impossible to meet, hence the SMB missionaries went further south and built Hama Mission. It was only after the death of Mhazihuru, chief Chirumanzu that Holy Cross Mission was built years later. Chirumanzu today has a larger Catholic population and many priestly and religious vocations than all other districts in the Midlands province combined.

Thanks to the efforts of the SMB Missionaries. Their spirit of simplicity and tenacity will live on, long after they are gone.