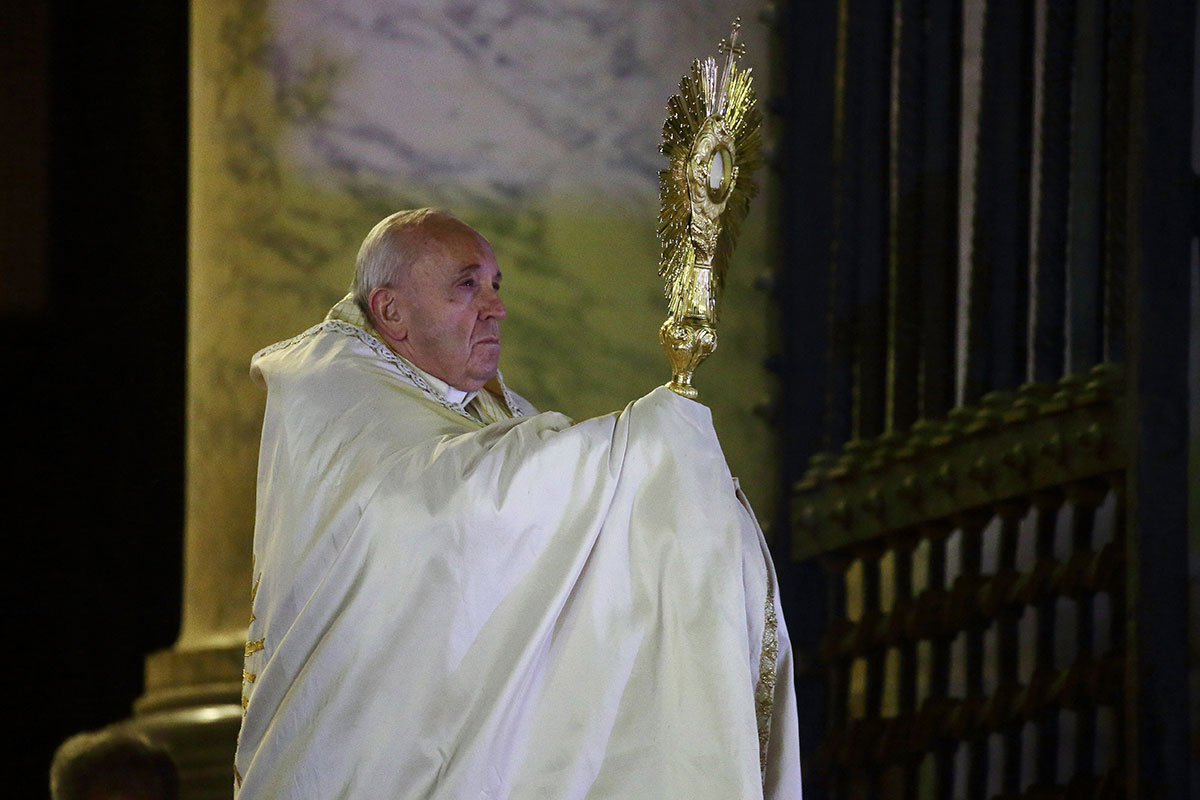 Pope Francis leads Benediction during a prayer service in an empty St. Peter’s Square at the Vatican in this March 27, 2020, file photo. (CNS photo/Evandro Inetti, pool)

By Carol Glatz – With the need to reduce costs and make sure employees are not laid off, Pope Francis has approved pay cuts for cardinals, clergy, religious and upper management officials who work in the Roman Curia and other Vatican entities.

The pay cuts will go into effect starting April 1, according to a papal decree issued March 24.

Because “the financial management of the Holy See” has seen deficits each year and because revenues have been substantially reduced with the COVID-19 pandemic, “a sustainable economic future requires today, among other decisions, adopting measures that also concern employee salaries,” the papal decree said.

To contain costs and ensure employees are not laid off, the pope approved measures “according to criteria of proportionality and progressivity,” which resulted in cuts for lay employees with higher pay-grade levels and for priests and religious.

Heads of departments and senior administrators will see an 8% cut, while those who are priests or religious will have a 3% reduction in pay. There will be a two-year freeze in automatic pay increases related to accrued seniority affecting all employees except those at the lowest pay grades, it said.

Reductions may be waived in cases in which the employee or a close family member faces exceptional health expenses, it added.

The measures affect those working in the Roman Curia, Vatican City State, the Vicariate of Rome and at the four papal basilicas in Rome.

The provisions are meant to contribute to a sustainable financial future for the mission of the central offices of the church, the decree said.