US Parish Holds its Archdiocese to Ransom 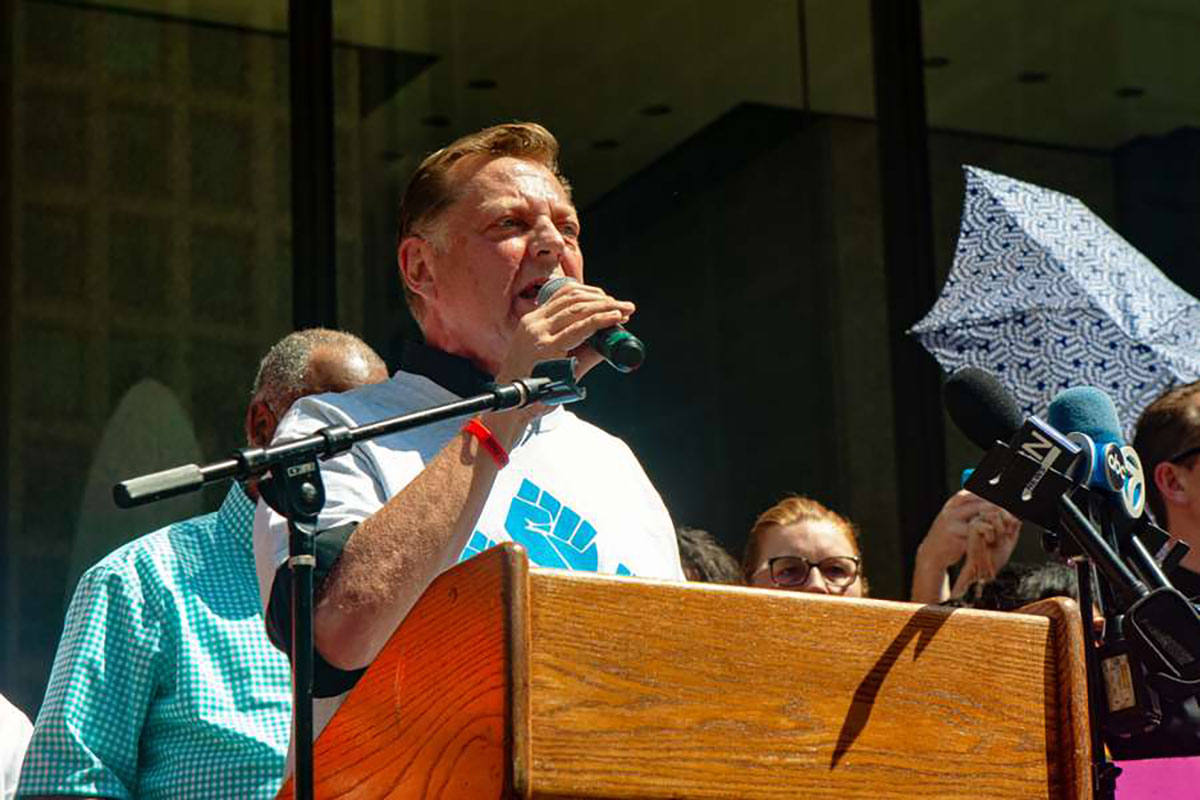 The parish of St Sabina in Chicago announced on Sunday that it would withhold its monthly contributions to the archdiocese until an abuse investigation into its longtime pastor is completed.

Two brothers in January had accused Fr Michael Pfleger of sexually abusing them when they were teens. Fr Pfleger denies the allegations, but he stepped aside from ministry after the first accusation was made and the archdiocese first announced its investigation. Fr Pfleger is known for his outspoken social justice activism.

“In its continued effort to get the Archdiocese of Chicago to swiftly conclude its investigation into the allegations against Fr Pfleger, that it has made the decision to withhold the monthly assessments of the church and school to the Archdiocese starting in March,” read a statement from St Sabina officials. The statement noted that the assessments amount to around $100,000 per month.

The parish said that they would not use the funds for “ministry, outreach, or any current or future programs,” and would pay the archdiocese in full “at the conclusion of the investigation.”

The Archdiocese of Chicago did not respond to CNA’s request for comment by press time.

Since Fr  Pfelger stepped aside from ministry, his parish has been outspoken in their support of their pastor. Parish officials have organised press conferences, sold t-shirts, and encouraged their parishioners to contact the archdiocese in support of Fr Pfleger.

The Faith Community of St Sabina’s Facebook page on February 24 claimed that the state’s department of children and family services  had already “completed their investigation on Fr Pfleger with the results unfounded,” and that “The archdiocese has not given us an update as to when Fr Pfleger can return even though the allegations have been deemed baseless.”

“With all due respect, our request is simple: Reinstate Fr Michael Pfleger and clear his name. Period,” the post said.

“Our understanding is that the [Department of Children and Family Services] is not directly investigating the veracity of the allegations against Fr Pfleger,” the archdiocese said in a February 24 letter.

The Archdiocese said that the state was rather investigating whether there was a “risk of harm” to children. Depending on the contents of the letter the archdiocese said it had yet to receive from state officials, “there may be no conclusion about guilt or innocence in this case.”

Regarding its own investigation, “it is difficult to predict how long it will take to reach a final determination,” the archdiocese said, as “much of the process is not within our control.”

“We are convinced that the procedures for dealing with these cases, developed and enhanced over the years, work. They should be followed by all organisations that care for and educate young people,” said the archdiocese. “It is ironic that we are now accused of taking too long to consider allegations because a priest is prominent and well regarded.”

Fr Pfleger, who is white, has been the pastor at the predominantly African-American parish since 1981. During his time as a priest, he has been known for his social and political activism, supporting gun control and advocating on behalf of the Black community. He has also been a supporter of women’s ordination.

In his time as pastor, Fr Pfleger has also adopted two boys, and became foster father to a third who was eventually killed in 1997 by crossfire from a gang shooting.

Since Fr Pfelger took the helm at St Sabina, the parish has become known for its social activism and unique worship style.