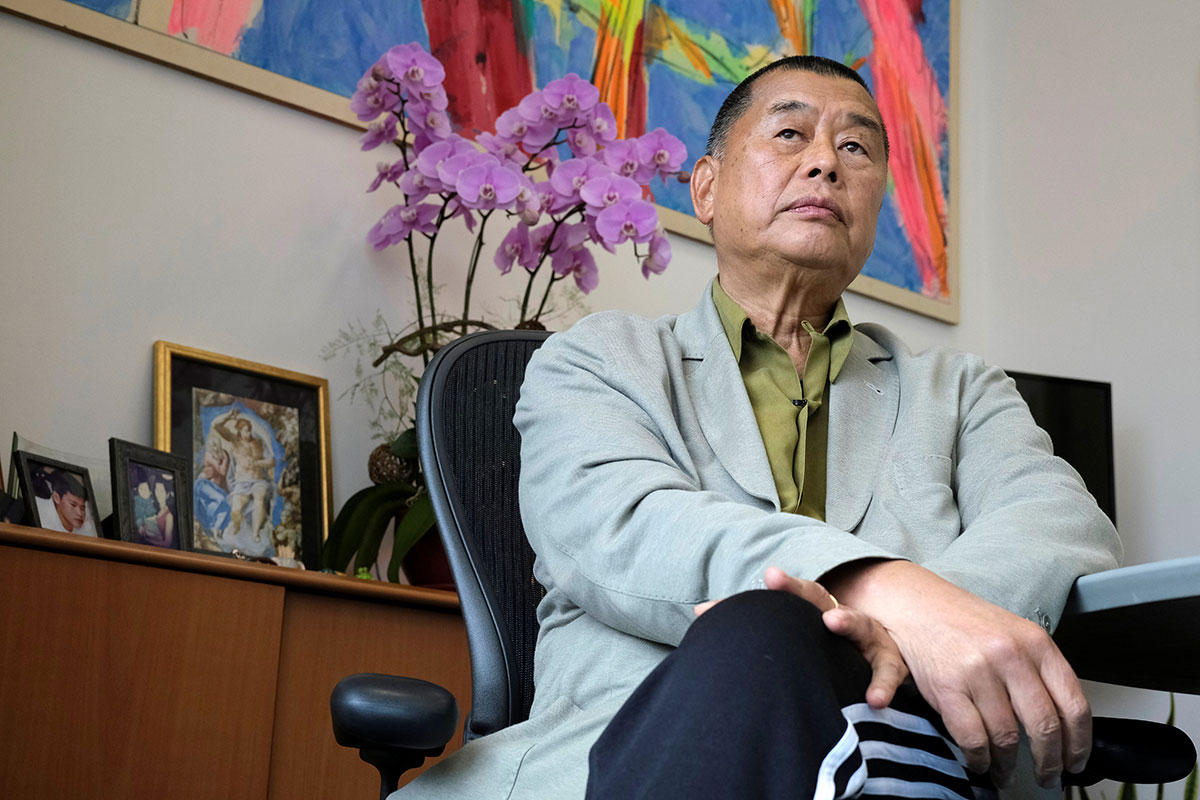 Catholic media tycoon and philanthropist Jimmy Lai, was sentenced to 12 months in jail in Hong Kong after being found guilty of unauthorised assembly. He was among nine activists in court on April 16 who earlier were found guilty of charges relating to pro-democracy demonstrations. (CNS photo/Tyrone Siu, Reuters)

Catholic media tycoon and philanthropist Jimmy Lai has been sentenced to 12 months in jail after being found guilty of unauthorised assembly.

Ucanews.com reported he was among nine activists in court April 16 who earlier were found guilty of charges relating to pro-democracy demonstrations in the Chinese territory.

Lai, 73, has donated millions of dollars to Catholic causes and has been the biggest financial backer of Cardinal Joseph Zen Ze-kiun, retired archbishop of Hong Kong, ucanews.com reported.

He made his fortune through mid-market fashion chain Giordano before putting his wealth into NextDigital and the city’s leading anti-Beijing newspaper, Apple Daily.

In mid-April, Apple Daily published a handwritten letter by Lai, sent from prison, which read: “It is our responsibility as journalists to seek justice. As long as we are not blinded by unjust temptations, as long as we do not let evil get its way through us, we are fulfilling our responsibility.”

Speaking to the BBC before the hearing, Lai said that even if he were to be imprisoned, he would still be “living my life meaningfully.”

“I came here with one dollar. I got everything I have because of this place. If this is the payback time, this is my redemption,” he said.

Lai, who was born in mainland China was smuggled into Hong Kong as a child, faced eight charges in court, two of which were imposed under the new national security law and can carry a maximum term of life in prison.

Last August, about 200 police raided the office of Apple Daily and arrested Lai, two of his sons and two executives of NextDigital. He was charged with fraud and under the security law’s provision of “foreign collusion.”

Is This From Where Christ Ascended into Heaven?

Why Mary was Born Without Sin