Saints Accompany and Intercede for Christians in Prayer 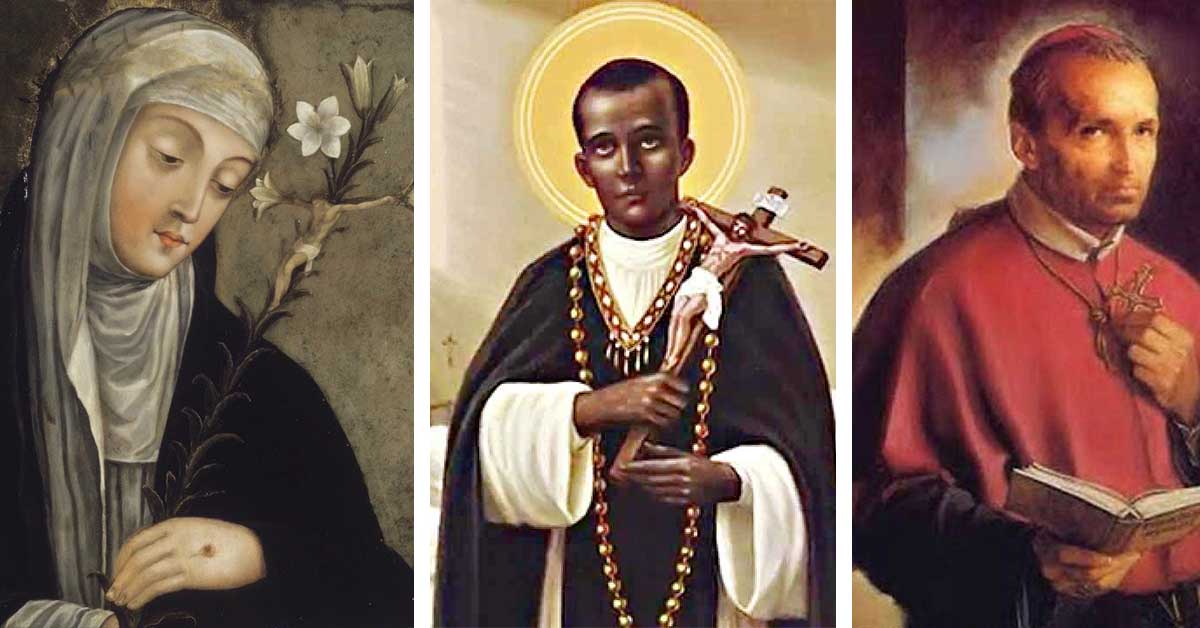 By Junno Arocho Esteves – Christians are never alone in prayer but instead are accompanied by myriad saints who protect them and seek God’s intercession, Pope Francis said.

Whenever men or women open their hearts to God, they will always be in the “company of anonymous and recognised saints who pray with us and who intercede for us as older brothers and sisters who have preceded us on this same human adventure,” the pope said April 7 during his weekly general audience.

Continuing his series of talks on prayer, the pope reflected on the connection between prayer and the communion of saints who are “not far from us” and are a reminder of Jesus Christ because they have also “walked the path of life” as Christians.

“In the church, there is no mourning that remains solitary, no tear that is shed in oblivion, because everything breathes and participates in a common grace,” he said.

The tradition of having graveyards around churches is a sign of that sharing, he said. It is “as if to say that every Eucharist is attended in some way by those who have preceded us. There are our parents and grandparents, our godfathers and godmothers, our catechists and other educators,” who have not only transmitted faith but also “the way of praying.”

The saints, he explained, are “witnesses that we do not adore – that is understood, we do not worship these saints – but whom we venerate and who in thousands of different ways bring us to Jesus Christ, the only Lord and mediator between God and human beings.”

Departing from his prepared remarks, the pope said the lives of saints also serve as a reminder that “even in our lives, though weak and marked by sin, holiness can blossom.”

“In the Gospels, we read that the first ‘canonised’ saint was a thief and he was ‘canonised’ not by a pope, but by Jesus himself,” he said. “Holiness is a path of life, of encounter with Jesus, whether long or short, or in an instant, but always a witness” of God’s love.

The pope also highlighted the need for Christians to pray for one another, which is “the first way of loving” others.

In times of tension, he said, “one way to dissolve the conflict, to soften it, is to pray for the person with whom I am in conflict. Something changes with prayer; the first thing that changes is my heart, my attitude. The Lord changes it to make an encounter possible, a new encounter, and prevents the conflict from becoming a war without end.”

Pope Francis said the first thing people must do in times of anguish is to ask “our brothers and sisters, the saints above all, to pray for us” because they will “give us hand to obtain from God the graces we need most.”

Christians who “have not reached the breaking point” and persevere in times of trial perhaps owe it to the intercession of the saints who are not only in heaven, but also the holy men and women here on earth, the pope added.

“They don’t know it, neither do we, but there are saints, everyday saints, hidden saints or as I like to say the ‘saints next door,’ those who live in life with us, who work with us, and lead a life of holiness,” he said.