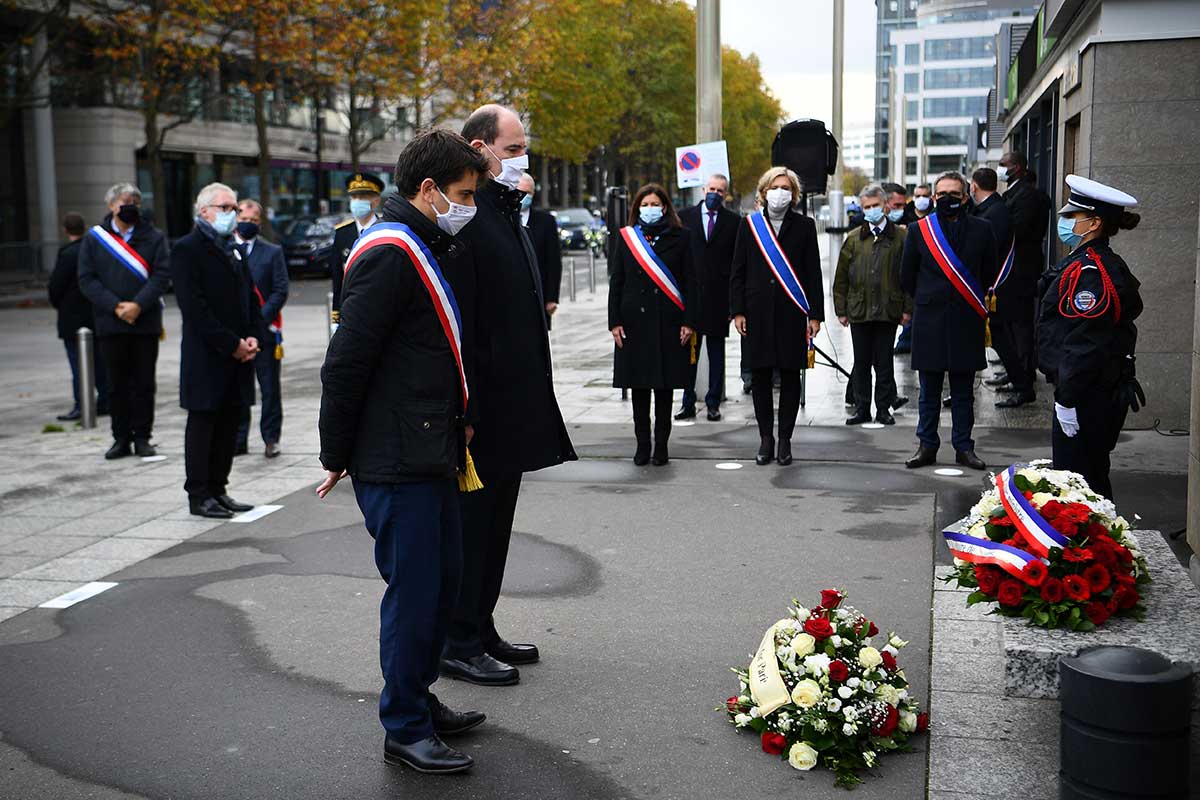 By Carol Glatz – Tougher law enforcement and security measures are not enough to combat terrorism and extremism, a Vatican representative said.

It also requires that individual nations “commit to nurturing a culture of encounter that fosters mutual respect and dialogue, both cornerstones of peaceful and inclusive societies,” said Msgr. Janusz Urbanczyk, the Holy See’s representative to the Vienna-based Organisation for Security and Cooperation in Europe (OSCE). The Vatican mission released copies of the monsignor’s speeches April 21.

Msgr. Urbanczyk spoke at the OSCE Counter-Terrorism Conference held online April 20-21. More than 500 people participated from across the OSCE territory, representing government experts, state agencies, the United Nations and other international organisations, to share best practices and discuss ways to prevent and counter terrorism and violent extremism and the radicalisation that leads to terrorism.

At the session addressing the root causes of extremism April 20, Msgr. Urbanczyk said, “It is a matter of serious concern that terrorist organisations misuse, among others, religious narratives in order to increase support and achieve objectives that are political, economic, worldly and short-sighted.”

Terrorism relies on the “misuse or misinterpretation” of religion, he said, noting how Pope Francis, during his trip to Iraq, said that violent extremism and radicalisation that lead to terrorism are rooted in a “fundamentalism incapable of accepting the peaceful coexistence of different ethnic and religious groups, different ideas and cultures.”

That is why, the monsignor said, “it is self-evident that a long-term, comprehensive response to this phenomenon cannot rely merely on law-enforcement or security measures,” but also requires that nations promote tolerance, mutual respect, dialogue and a culture of encounter.

That approach, together with the “authentic teachings of religions, would effectively contribute to address the root causes of terrorism, and violent extremism and radicalisation that lead to terrorism,” he said.

During the session on “moving away from violent extremism” April 21, Msgr. Urbanczyk said more must be done to help families, which are the “fundamental nucleus of society and humanity.”

“The COVID-19 pandemic has made us aware that young people often fall victim to radicalisation, mostly online, when there is a lack of education and attention at home,” he said.

In fact, extremist and terrorist groups have quickly adapted to the new situation by “turning the social and economic fallout from the pandemic to their own advantage,” he said.

The monsignor urged the international community to be more engaged with local groups that are at “the forefront of counterterrorism efforts” when it comes to prevention and providing youth programs, education, employment and rehabilitation.

“The Catholic Church, through the various religious orders and Catholic NGOs, will continue to remain engaged in countering harmful narratives that can give rise to violent extremism and radicalisation, in helping victims to rebuild their future, in supporting rehabilitation and reintegration programs and in contributing to construct and maintain peaceful societies,” he said.

Litany of Loreto – Litany of the Blessed Virgin Mary