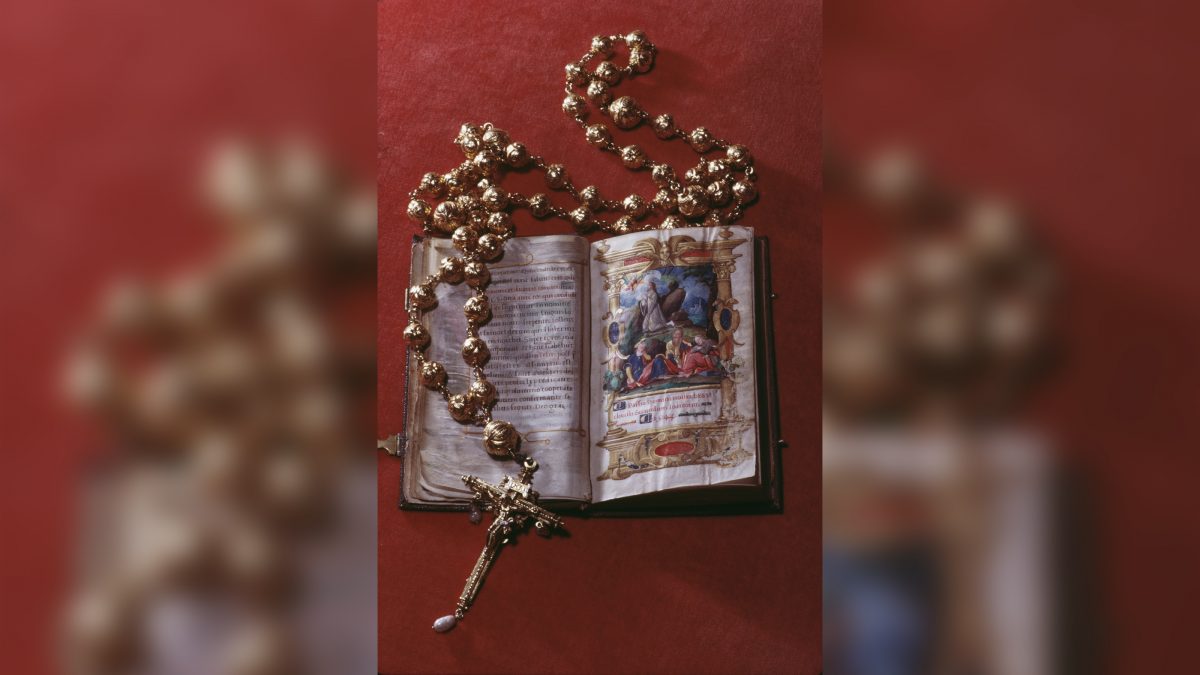 By Simon Caldwell – Burglars have stolen a set of golden rosary beads that once belonged to Mary, Queen of Scots.

The beads are said to have been carried by Mary, the Catholic first cousin once removed of the Protestant Queen Elizabeth I of England, when Mary was sent to her execution at Fotheringhay Castle in 1587.

The beads were taken from Arundel Castle, the ancestral home of the Duke of Norfolk in south England, during a May 21 raid by a gang that climbed through a window and forced open a display cabinet, taking gold and silver items together valued at about 1 million pounds (R20 million).

A May 23 statement issued by Arundel Castle Trustees said: “The stolen items have significant monetary value, but as unique artifacts of the Duke of Norfolk’s collection, have immeasurably greater and priceless historical importance.”

Mary, the mother of the future King James I of England, was beheaded because she was a threat to the Protestant nobility, as many English Catholics, including the Duke of Norfolk, supported her potential accession following the excommunication of Elizabeth by St Pius V in 1570.

Mary spent nearly 19 years in custody before she was finally accused of plotting to assassinate Elizabeth and sentenced to death for high treason.

Most of her possessions, or anything touched by her blood, were burned following her execution so that they could not be revered by Catholics as relics.

Apart from the rosary, those possessions that survived include an illustrated prayer book that she gave to Elizabeth Curle, one of her ladies, on the eve of her execution.

The book was later given to the Society of Jesus, and in July 2020, it was sold it at auction at Christie’s, London, to an anonymous buyer for 311,250 pounds.

How Church Shaped The Movies