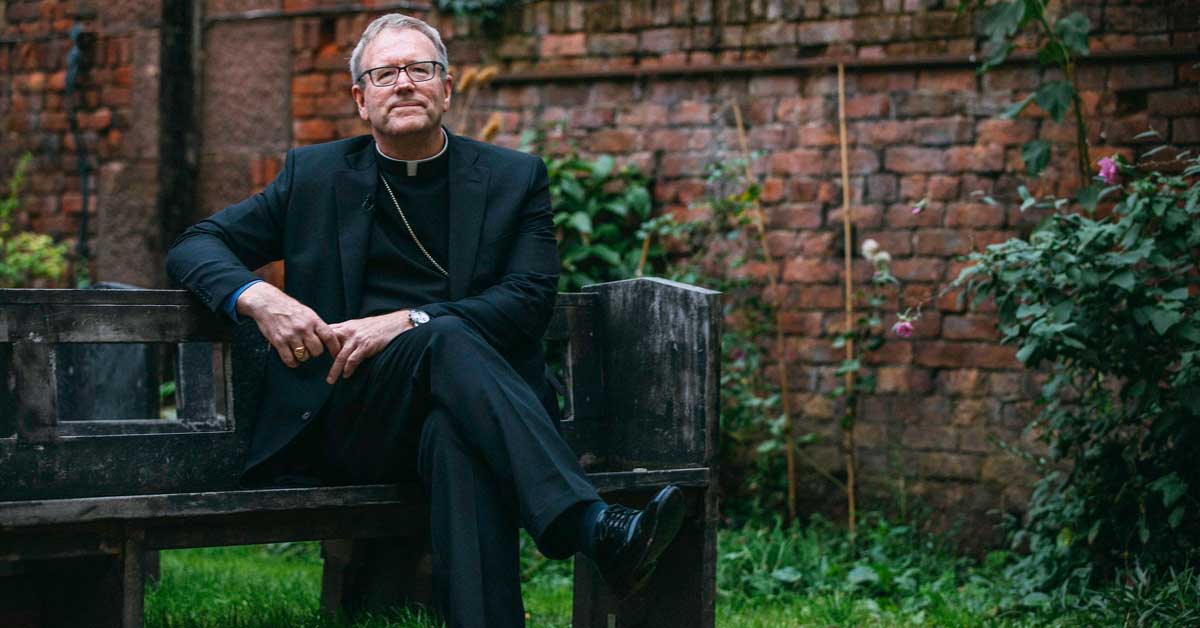 The top priority of the church is to “proclaim the word of God,” said Auxiliary Bishop Robert Barron of Los Angeles in a June 10 keynote address during the Catholic Media Conference.

“This prioritisation is important today,” Bishop Barron said, over some “false dichotomy, pitting one against the other.”

He spoke on the last day of the Catholic Media Association’s annual conference. Held June 8-10, it took place virtually for the second year in a row due to concerns about COVID-19.

Having read recently that the Archdiocese of Quebec’s continuing consolidation process has now shrunk the number of parishes in the Canadian see to just 25, “I wonder if it’s a sign of the times we’re supposed to read,” Bishop Barron said.

“What are our parishes? Ought they to become, perhaps, centres of evangelisation?” he asked. “Are they being shaped to evangelise the culture? I wonder what a reprioritisation would look like.”

The church’s role is to bring light to the people, he added. “What does that have to do with Catholic media?” Bishop Barron queried. “Pretty much everything. … Our primary purpose is to declare the resurrection of Jesus from the dead.”

He added, “We who are involved in Catholic media do a lot of things, say a lot of things, but are we about the ‘primum officium’?” – the church’s primary responsibility. “What do we cover? What do we pay attention to? … We look at those areas of the world where Jesus’ lordship of the world is being maintained. Where do we see the lordship of Jesus on display so that we might see it in the wider world?”

Evangelisation was just one theme Bishop Barron touched on during his remarks. Two others were social media and synodality.

Ordained a priest of the Archdiocese of Chicago in 1986, Bishop Barron said he had a sense in the 1990s that “we’re not doing enough with the tools that we have,” well before the explosion of social media. Complaining about this to an older priest, he said the senior cleric retorted, “Well, what are YOU doing about it?”

“From that came Word on Fire Ministries,” which Bishop Barron founded; he addressed the CMC from its studio in Santa Barbara, California. “And from that came the ‘Catholicism’ series.”

In his youth, finding a Catholic bookstore – even in a big city like Chicago – was a tough chore, he recalled. And, if someone read something they didn’t like in a periodical, they had to find a piece of paper, a typewriter, an envelope, a stamp and the publication’s mailing address to write a letter to the editor – which might not ever see print.

That was then. “Now, someone – everyone in his mom’s basement – can fire off the most vituperative, obscene, irreverent thing, and there’s no filter,” Bishop Barron said. “There’s nothing to stop you. … It’s there 24/7 all over the world.” As a result, there is a “fetid quality” to the online discourse, including what he called a “fake-backbone phenomenon: ‘No, I got backbone because I told that guy off.’

“There’s no backbone involved at all,” Bishop Barron countered. “You’re not even using your own name.”

“We all get drawn into this” and other social media ills, he said, and did not exclude himself.

He suggested coming off with less certitude in one’s postings, taking on an air of “Is it true what I’m saying? I know it sounds simplistic.”

Another avenue would be to avoid the “straw man” argument and “try instead the “steel man” approach. “(St Thomas) Aquinas often put up his opponents ‘ positions even stronger than they did.”

Bishop Barron also said would-be posters should ask themselves before they hit “send”: “Is it loving? … I’m not saying we have to write nothing but Hallmark cards,” but “is it loving? Is it willing the good of the other?”

On the topic of synodality, Bishop Barron told of being at the 2018 Vatican Synod of Bishops on young people. It was his first synod; he was ordained a Los Angeles auxiliary in September 2015.

He had to dress in episcopal garb six days a week, he noted, adding: “Imagine the worst middle seat you’ve ever been on in an aeroplane, and imagine there’s no air conditioning. That was like being in the synod hall every day.”

Much to his surprise, Bishop Barron said, he found it to be “an extraordinarily positive experience. I loved every minute of it.”

Bishops making interventions at the synod was one thing. Another was the young people in attendance, he said. “The most common way they intervened was by their whooping and their hollering. Their very presence there was powerful. It was important.”

At the synod’s end, Pope Francis spoke to the delegates to thank them for their participation and for the document that arose from their deliberations.

“That gave me a terrific impression of what synodality is, and what it isn’t,” Bishop Barron said. “Not a local parliament that has binding authority over itself but listens to each other, and, together, listening to the Holy Spirit.”