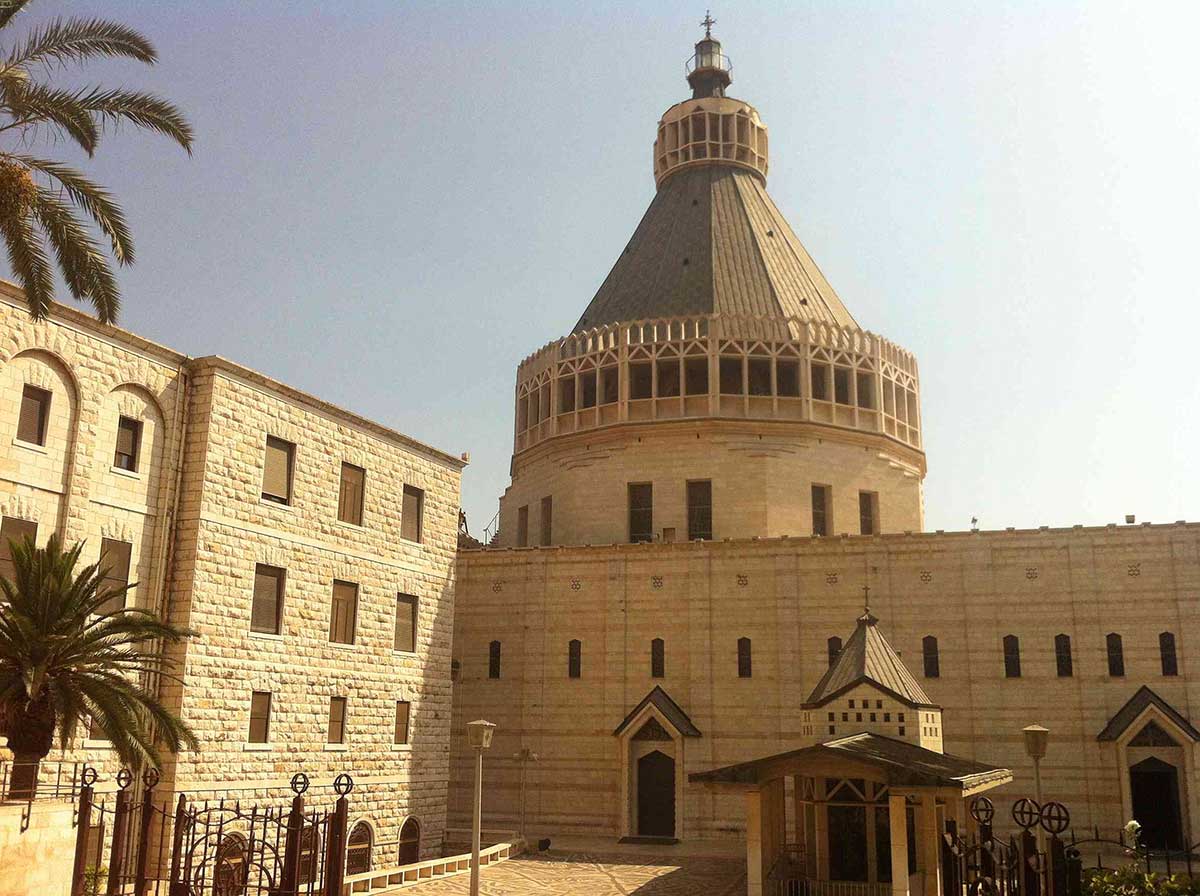 Pope Francis urged Catholics in the Middle East on Sunday to “be the salt of your lands” as their bishops consecrated the region to the Holy Family.

The pope made the appeal in a June 27 message to the Catholic patriarchs of the Middle East as Church leaders gathered at the Basilica of the Annunciation in Nazareth for the act of consecration.

“Truly be the salt of your lands, give flavour to social life, desiring to contribute to the building of the common good, according to those principles of the Church’s social doctrine so much in need of being known,” he wrote.

In the message, the pope expressed his joy at the bishops’ initiative to pray for peace in the Middle East and consecrate the region to the Holy Family.

He recalled his visits to the Holy Land, Egypt, the United Arab Emirates, and Iraq, as well as his appeals for the stricken countries of Syria and Lebanon. He also looked ahead to a meeting of Lebanese Christian leaders at the Vatican on July 1.

He told the region’s Catholic leaders that the Holy Family of Jesus, Joseph, and Mary “well represents your identity and your mission.”

“Consecration to the Holy Family also summons each one of you to rediscover, as individuals and as a community, your vocation as Christians in the Middle East, not only by demanding due recognition of your rights as native citizens of those beloved lands, but also by living your mission as custodians and witnesses of the first apostolic origins,” he said.

The pope noted that during his Iraq trip in March he compared society to a carpet composed of diverse threads “that only by being together side by side become a masterpiece.”

Mass at the Basilica of the Annunciation in Nazareth, Israel, June 27, 2021 / Screenshot: Latin Patriarchate of Jerusalem’s livestream.“If violence, envy, division, can tear even one of those threads, the whole is wounded and disfigured. At that moment, human projects and accords can do little if we do not trust in the healing power of God,” he said.

“Do not seek to quench your thirst at the poisoned springs of hatred, but let the field of your hearts be watered by the dew of the Spirit, as the great saints of your respective traditions did: Coptic, Maronite, Melkite, Syriac, Armenian, Chaldean, Latin.”

He thanked Middle Eastern Catholics for their witness and perseverance in faith, urging them to “live the prophecy of human fraternity,” which he said was expressed during his visits to Abu Dhabi and Najaf, and in his encyclical Fratelli tutti.

The consecration of the Middle East to the Holy Family took place during a livestreamed Mass at the Basilica of the Annunciation marking the inaugural “Peace Day for the East.”

The day will be observed annually in the countries belonging to the Council of the Catholic Patriarchs in the Middle East: Egypt, Iraq, Israel, Lebanon, the Palestinian territories, and Syria.

The consecration and the peace day initiative were announced by Patriarch Pierbattista Pizzaballa in a June 11 letter to his brother bishops.

The Latin Patriarch of Jerusalem’s letter concluded with the text of the Act of Consecration of the East to the Holy Family.

It said: “We resort to your protection, Holy Family, Jesus, Mary, and Joseph, in the midst of the political and economic crises that have accumulated around us, citizens of the Middle East.”

“We resort to your protection, O Holy Family, Jesus, Mary, and Joseph, amid the repercussions of the Corona pandemic, which has created a state of instability, fear and anxiety.”

“We resort to your protection, O Family of Nazareth, you who experienced hardship with faith, hope and love, in order to dedicate our East and our countries to you completely, and entrust our lives and our homelands, our fears and hopes, our children, our youth and our families, so that every family may become a domestic church and a school of holiness.”

“O Holy Family, seek from God for the Middle East the blessing of emerging from these stifling conditions and attaining the return of peace and stability, so that its citizens may live equal in rights and duties, and enjoy a free and dignified life, regardless of their religious and national affiliation.”

“O Holy Family, may your tender look be upon us, upon our families and upon our countries, so that we may open ourselves to the signs of God’s presence as you opened yourself with absolute fidelity, so that our hearts open to each other and to the dimensions of the entire world, thus we all become one family, living in peace, love and harmony.”

“With St. Ephrem, we pray to you, O Lord: Make reconciliation between peoples complete in our time, so that they may be truly one people. Gather your children in your bosom, so that they may give thanks for your goodness. If all the sons of light were united, their unified rays would remove the darkness, through the strength of their unity.”

“Holy Family of Jesus, Mary, and Joseph, we confidently place this, our prayer, and the consecration of our East in your hands. To the Most Holy Trinity be thanks and praise, now and forever, Amen.”