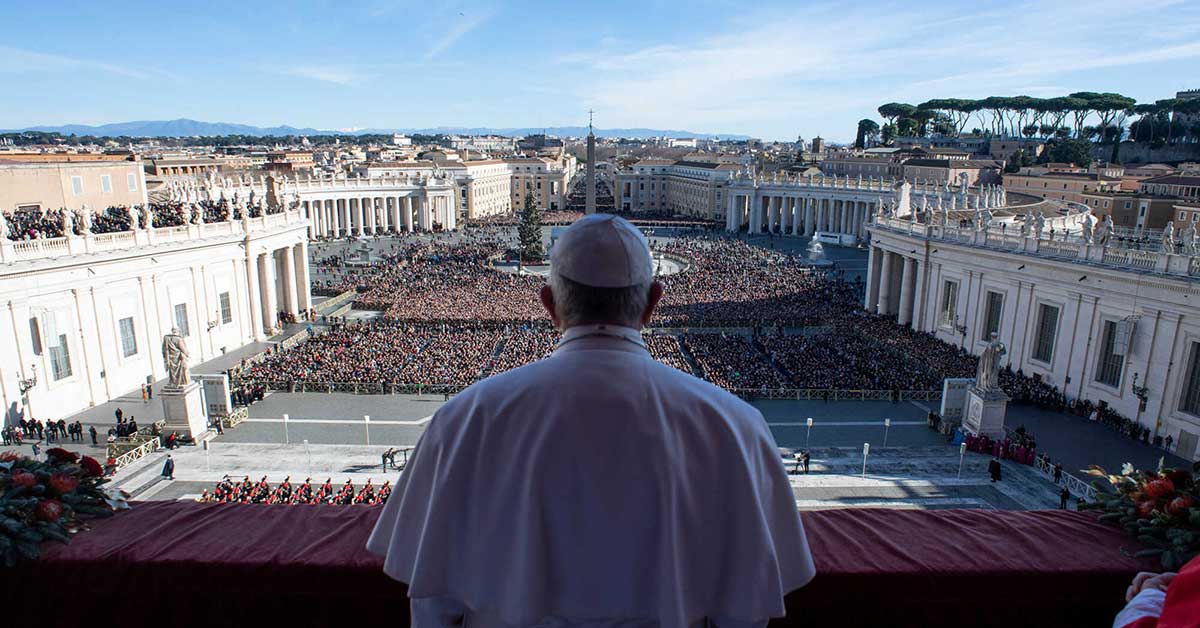 By Cindy Wooden  – A series of laws and procedures promulgated by now-retired Pope Benedict XVI and, especially, by Pope Francis to protect children, promote the investigation of allegations of clerical sexual abuse and punish offenders are included in a heavily revised section of the Code of Canon Law.

The revision of “Book VI: Penal Sanctions in the Church,” one of seven books that make up the code for the Latin rite of the Catholic Church, was promulgated on June 1 and will go into effect December 8, Pope Francis wrote.

Rewriting 63 of the book’s 89 canons, the revision addresses a host of issues that have come up in the life of the church since St John Paul II promulgated the code in 1983. The descriptions of crimes of sexual abuse, including child pornography, are more explicit, and the required actions of a bishop or superior of a religious order in handling allegations are more stringent.

The revised canons also include new references to the attempted ordination of a woman and to a variety of financial crimes; like with the new canons dealing with sexual abuse, they rely on language from laws promulgated separately over the past 20 years.

“In the past, much damage has been caused by a failure to perceive the intimate relationship existing in the church between the exercise of charity and recourse – when circumstances and justice require it – to the discipline of sanctions. This way of thinking, as experience has taught us, risks leading to a life of behaviour contrary to the discipline of morals, for the remedy of which exhortations or suggestions alone are not sufficient,” Pope Francis wrote in “Pascite Gregem Dei” (Shepherd God’s Flock), the apostolic constitution promulgating the changes.

While church law applies to all Catholics, the pope said, for bishops, the observance of canon law “can in no way be separated from the pastoral ‘munus’ (service) entrusted to them, and which must be carried out as a concrete and inalienable requirement of charity not only toward the church, the Christian community and possible victims, but also toward those who have committed a crime, who need both mercy and correction on the part of the church.”

Over the years, he said, it became clear that the code’s description of crimes and penalties needed to be “modified in such a way as to allow pastors to use it as a more agile salvific and corrective instrument, to be employed promptly and with pastoral charity to avoid more serious evils and to soothe the wounds caused by human weakness.”

The revised book was presented to the press on June 1 by Archbishop Filippo Iannone and Bishop Juan Ignacio Arrieta, respectively president and secretary of the Pontifical Council for Legislative Texts. In 2009, Pope Benedict had asked the council to begin the revision project.

The revision moves the canons about the sexual abuse of children – on the part of a priest, religious or layperson working for the church – out of the section on violations of the obligation of celibacy and into a newly titled section of “Offenses Against Human Life, Dignity and Liberty.”

It adds to canon law the crime of “grooming,” calling for penalties, including dismissal from the priesthood for a cleric who “grooms or induces a minor or a person who habitually has an imperfect use of reason or one to whom the law recognises equal protection to expose himself or herself pornographically or to take part in pornographic exhibitions, whether real or simulated.”

However, the revised language still refers to rape and other forms of sexual abuse as “an offence against the Sixth Commandment” – You shall not commit adultery.

The continued use of the Sixth Commandment to refer to any improper, immoral or even criminal sexual activity “is traditional” in church law, Bishop Arrieta said, and for Catholics, its meaning “is clear,” which is necessary when drafting a law that will be valid on every continent and in every culture.

In incorporating recent church law regarding abuse, the new code does not refer to abuse of “vulnerable” adults or “vulnerable persons” as Pope Francis did in his May 2019 motu proprio, “Vos estis lux mundi.”

Bishop Arrieta said the term “vulnerable person,” while understood and recognised in the law of many countries, is not universally accepted as a legal category of persons deserving special protection. Instead, the new law refers to people whom the law recognises as deserving of the same protection extended to minors and those with “an imperfect use of reason.”

The revised law also foresees penalties for “a person who neglects to report an offence, when required to do so by a canonical law.”

Bishop Arrieta said that provision refers to the obligation to report serious crimes, such as sexual abuse, to church authorities, not civil authorities. If criminal reporting to the state is obligatory, the state will enforce that, he said.

The revised code also says, “Both a person who attempts to confer a sacred order on a woman, and the woman who attempts to receive the sacred order, incur a ‘latae sententiae’ (automatic) excommunication reserved to the Apostolic See; a cleric, moreover, may be punished by dismissal from the clerical state.”

Given that Pope Francis in April 2020 formed a second “Study Commission on the Female Diaconate,” Bishop Arrieta was asked why the revised canon did not specify priestly ordination, leaving open the possibility of ordaining women to the diaconate.

Canon law, he said, relies on the current state of the teaching of the church. “If we come to a different theological conclusion, we will modify the norm,” he said, just as was done in January when Pope Francis ordered a change in the wording of canon law so that women, as well as men, could be formally installed as lectors and acolytes.