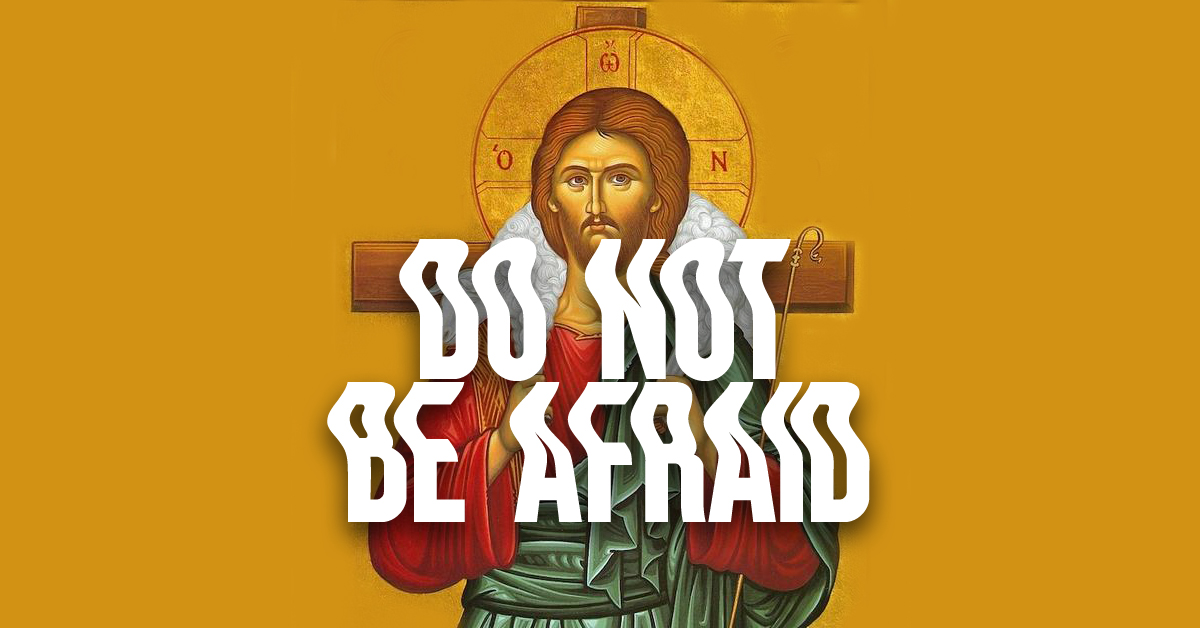 Fear is life’s natural avoidance and defence mechanism that guides creatures away from danger, seeking to avoid loss of control, pain, hurt, disappointment, and anguish. When this mechanism is activated, we seek avoidance through flight, by appeasement, or in lashing out.

It’s a behaviour we humans share with the animal kingdom, similar to the hair that stands up on animals to make them appear larger, our growls and barking are also caused by our fear. Fear wears many masks difficult to identify in others and almost impossible to recognise and admit to in ourselves.

What disturbs you about others? Why do you dislike certain changes? Why are there certain things you don’t do? Fear takes as many forms as there are human situations and it often disguises itself as aggression and as criticism.

Consider the Gospel. At first sight, you would think the townspeople in the gospel had taken leave of their senses. They recognise the wisdom of Jesus’ words, they admit to the miraculous nature of his deeds, and then, oddly, they reject the Lord of Life and healing. How very confounding.

They have the proof of greatness before them but they cannot bring themselves to accept it. What is the explanation for this startling state of affairs? Listen again to the townspeople’s complaint: This is the carpenter, surely, the son of Mary, the brother of James and Joset and Jude and Simon? His sisters, too, are they not here with us?’ And they would not accept him. They are arguing for the familiar, the known, that which is comfortable. They are rehearsing to themselves what they know, or think they know, about Jesus, and what they are comfortable with.

For the townspeople of Jesus’ home town to accept his wisdom and his miraculous gifts would mean having to accept many other things as well, not the least of which is a new ‘pecking order’ in the social arrangements. They would have had to accept that they had somehow been blind to the prophet in their midst and to admit this to one another. I think they were afraid of doing that. The very way they seem to insist on what they know about Jesus shows their discomfort, and I believe it was discomfort to the point of fear; fear of change and the unknown.

There are many things we do, and refuse to do, out of fear. Beginning a real prayer life is perhaps one of the most common. To become a person of real prayer is to bring about a radical definition of one’s life and values.

Giving up smoking or alcohol does the same thing. When a person gives up smoking they may think they will never be happy again. With alcohol, it’s even worse. Many alcoholics report that they don’t give up because they don’t know how they would deal with all those hours in a day if they were sober; it would require becoming an entirely new person, and for many, that is just too frightening to contemplate.

All this leaves us with the question: What am I afraid of beginning, or of leaving behind to become the kind of person I know I am called to be?

“Do not be afraid!” says God’s word throughout human history. Every time God’s message is brought to us; “Do not be afraid!” Fear lowers our horizons and keeps us trapped in the familiar and safe, as we see in the people of Jesus’ hometown. He could work no miracles there.

Faith requires courage, to choose the vulnerability of Love in our relationships, to follow a new way, to become that true imprint of the Incarnation that we already are.

Found on the wall in Mother Teresa’s home for children in Calcutta:
People are often unreasonable, irrational, and self-centred.  Forgive them anyway.
If you are kind, people may accuse you of selfish, ulterior motives.  Be kind anyway.I
f you are successful, you will win some unfaithful friends and some genuine enemies.  Succeed anyway.I
f you are honest and sincere people may deceive you.  Be honest and sincere anyway.
What you spend years creating, others could destroy overnight.  Create anyway.I
f you find serenity and happiness, some may be jealous.  Be happy anyway.
The good you do today, will often be forgotten.  Do good anyway.
Give the best you have, and it will never be enough.  Give your best anyway.I
In the final analysis, it is between you and God.  It was never between you and them anyway.

-this version is credited to Mother Teresa