Pope urges Franciscans to recognise God’s presence in the poor 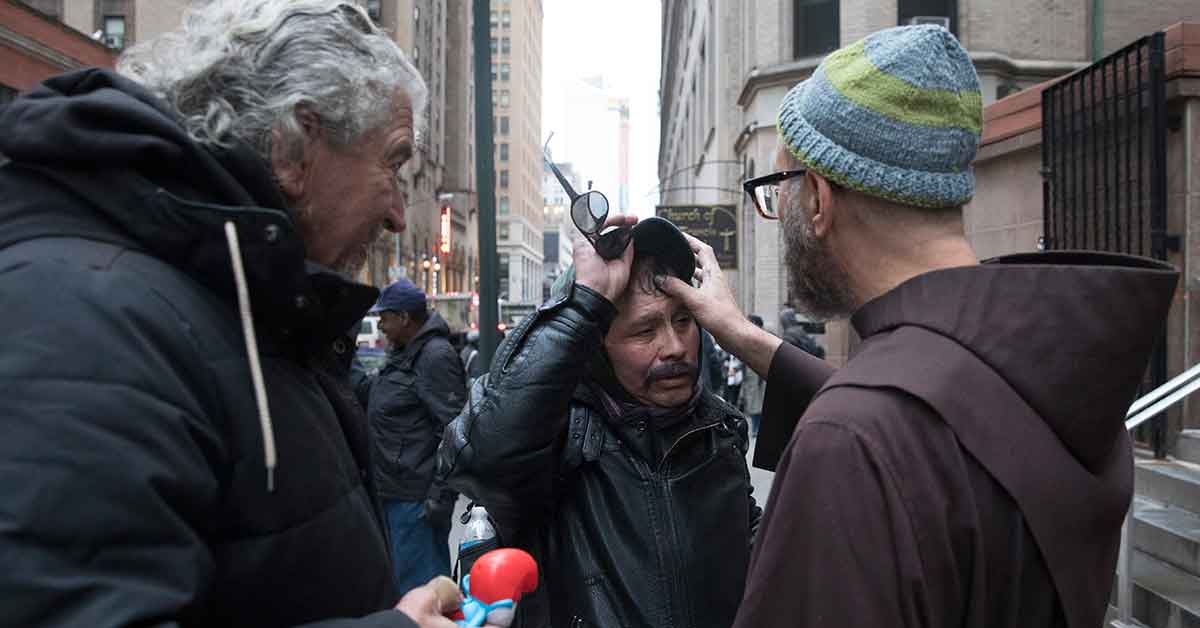 Franciscan Father Paul Lostritto marks a cross on the forehead of a homeless man on Ash Wednesday Feb. 14, 2018, at St. Francis Breadline in New York City. Pope Francis is urging Franciscans to embrace and learn from the poor like St. Francis of Assisi did. (CNS photo/Octavio Duran)

By Cindy Wooden – The renewal of the Franciscan order must start, like the order itself did, from being with and learning to really see poor and marginalized people as an “almost sacramental sign of God’s presence,” Pope Francis told members of the general chapter of the Order of Friars Minor.

“As you face the challenges of declining numbers and ageing in much of the order, do not let anxiety and fear prevent you from opening your hearts and minds to the renewal and revitalisation that the Spirit of God is stirring in you and among you,” the pope wrote in his message, which was released July 17.

Representing some 13,000 Franciscans around the world, 116 friars attended the general chapter in Rome July 3-18 to plan for the future of the order and to elect a new minister general. They chose Father Massimo Fusarelli, a former provincial in Italy.

“You have a spiritual heritage of inestimable richness, rooted in the evangelical life and characterised by prayer, fraternity, poverty, minority and itinerancy,” Pope Francis told the Franciscans. “Do not forget that a renewed gaze, capable of opening us to God’s future, comes from our closeness to the poor, the victims of modern slavery, the refugees and the excluded of this world. They are your teachers. Embrace them as St. Francis did!”

The Holy Spirit worked in the life of St Francis and through his encounters with the poor and the sick, and the Spirit continues to work in the lives of the friars today, the pope said. 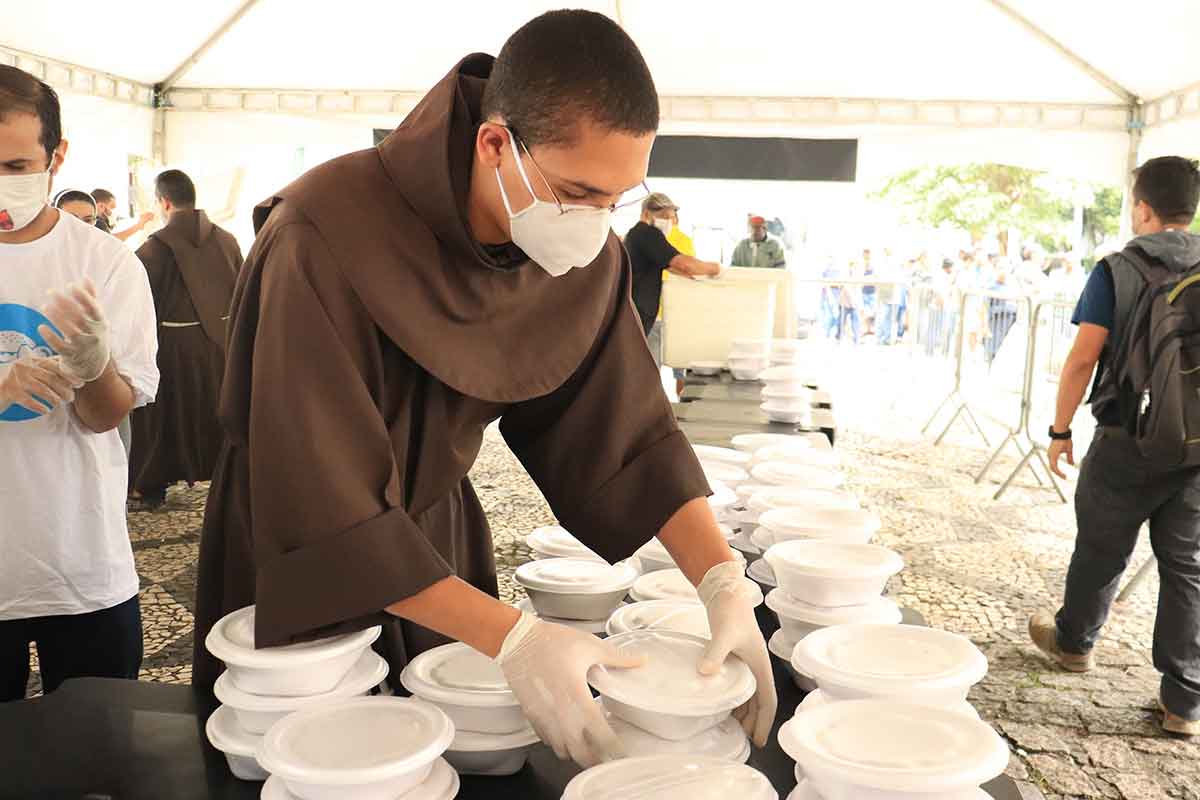 A Franciscan sets up food plates to be distributed to the unemployed inside a tent in Sao Paulo on April 7, 2020, during the COVID pandemic.  (CNS photo/Anderson Ribeiro, courtesy SEFRAS)

“I encourage you to go out to meet the men and women who suffer in body and soul, to offer your humble and fraternal presence, without grand speeches but making your closeness as lesser brothers felt,” he said. “Go toward a wounded creation, our common home, which suffers from a distorted exploitation of the earth’s goods for the enrichment of a few, while conditions of misery are created for many.”

The friars, he wrote, should “go as men of dialogue, seeking to build bridges instead of walls, offering the gift of fraternity and social friendship in a world that is struggling to find the course of a common project.”

And, he said, they should “go forth as men of peace and reconciliation, inviting those who sow hatred, division and violence to conversion of heart and offering to the victims the hope born of truth, justice and forgiveness.”