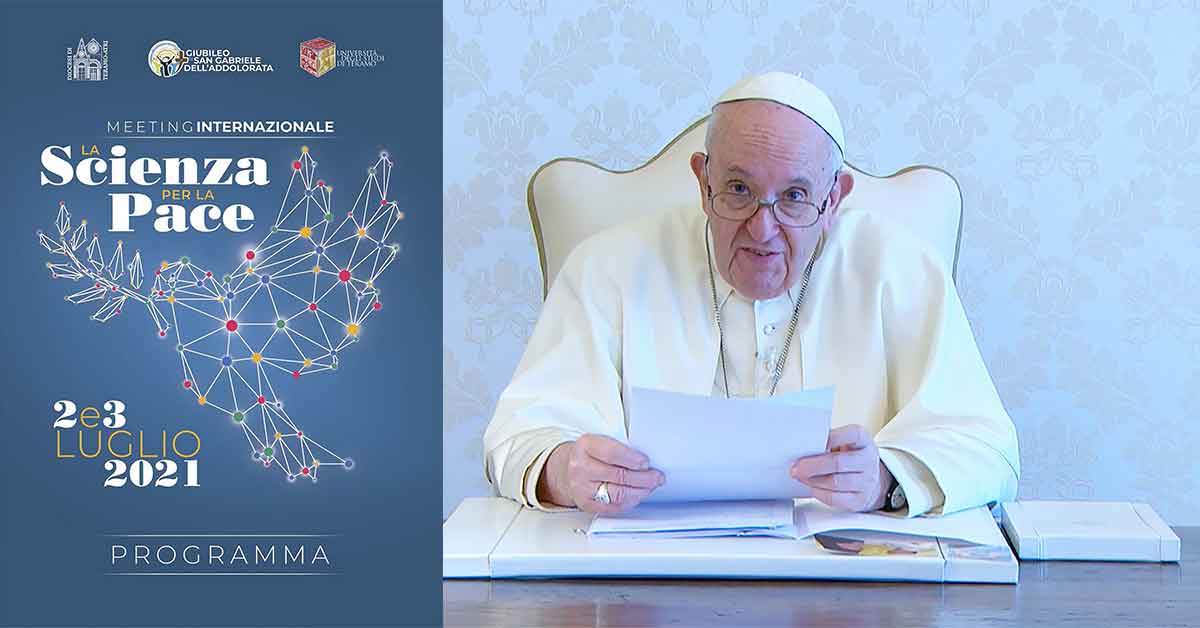 When scientists share their data and dialogue with experts in other fields, including religion, they contribute to the search for a holistic truth that promotes the common good and, therefore, promotes peace, Pope Francis said.

With a focus on cross-discipline cooperation, scientists can give witness “to the possibility of building a new social bond, endeavouring to bring scientific research closer to the whole community – from the local to the international – and showing that together it is possible to overcome every conflict,” the pope said in a video message to an international conference on “Science for Peace.”

The meeting July 2-3 was sponsored by the Italian Diocese of Teramo-Atri and the University of Teramo. It brought together physicists, astronomers, biologists, physicians, geologists, mathematicians and theologians to discuss how science could contribute to promoting better health, greater access to nutritious food and to peace.

In a video message played at the opening of the conference, Pope Francis applauded the organisers and participants for seeing how important research in all branches is for meeting “challenges of contemporary society,” and he thanked the diocese for being a co-sponsor of the gathering, “thus testifying that there cannot and must not be any opposition between faith and science.”

People need to have scientific facts and understand how the physical world works in order to solve problems together, he said. And both science and religion need to recognise the desire for knowledge “present in the heart of every man and woman.”

Pope Francis asked the scientists to promote a love of learning and a passion for research among young generations.

Seeking the truth, the whole truth about life, includes questions of faith, the pope said, and Jesus “instils in everyone the certainty that when one searches honestly one encounters the truth.”