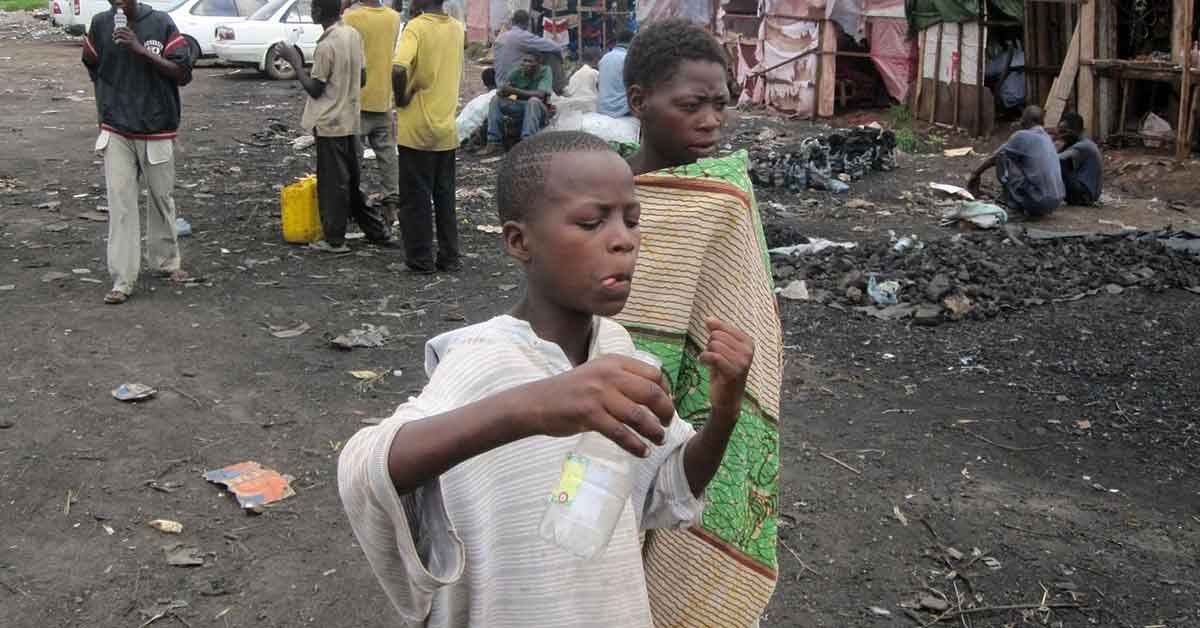 Children roam a street in Lusaka, Zambia, in this undated photo. Catholic bishops of Zambia called for peaceful and fair elections as the country prepared for August 12, 2021, vote. (CNS photo/Carol McBrady via The Catholic Spirit)

By Francis Njuguna – With violence rising and a government crackdown against dissidents continuing, Zambia’s Catholic bishops have called for peaceful and fair elections as voters prepare to go to the polls on August 12.

Expressing concern that violence and abductions in the southern Africa nation have become commonplace, 11 of the country’s bishops implored people to act for the good of the nation and to resist more bloodshed based on political affiliations.

“These acts of violence are intended to intimidate the citizenry to belong to a party or to choose leaders out of fear,” said a July 16 statement signed by 11 bishops, including Archbishop Ignatius Chama of Kasama, conference president.

“On the contrary, people should be free to belong to a party of their choice and to choose a candidate or candidates of their preference to represent them or lead them without undue influence,” the statement said.

The bishops called on Zambians to allow the country’s political philosophy of “One Zambia, One Nation,” instituted by the nation’s founder, David Kenneth Kaunda, to guide them as they prepared to vote.

They also reminded Zambians that the country had been known as a beacon of peace in Africa.

“We have lived together as a people from different walks of life, different tribes, languages, interest groupings and associations,” they said.

Pleading with the Zambian voters to ensure peace, the bishops cautioned, “These elections should not be marred with bloodshed. Because there is life before, during and after the elections. … Let us be considerate and respectful of each other. All life is sacred and all life matters.”

Amnesty International, in a report released June 28, detailed how rights such as freedom of expression and peaceful assembly have come under increasing attack since 2016. At least five people have been killed by police in the last five years while the government has jailed opposition leaders and activists, and shut down media outlets speaking against government corruption and abuse.

The ruling Patriotic Front party, led since 2016 by President Edgar Lungu, is seeking reelection in the upcoming vote. The party rose to power in 2011 under Michael Sata. However, Sata died in office in 2014, opening the way for Lungu to become president in 2015. Lungu was then elected the following year and since then the country’s human rights situation has deteriorated, Amnesty International said.