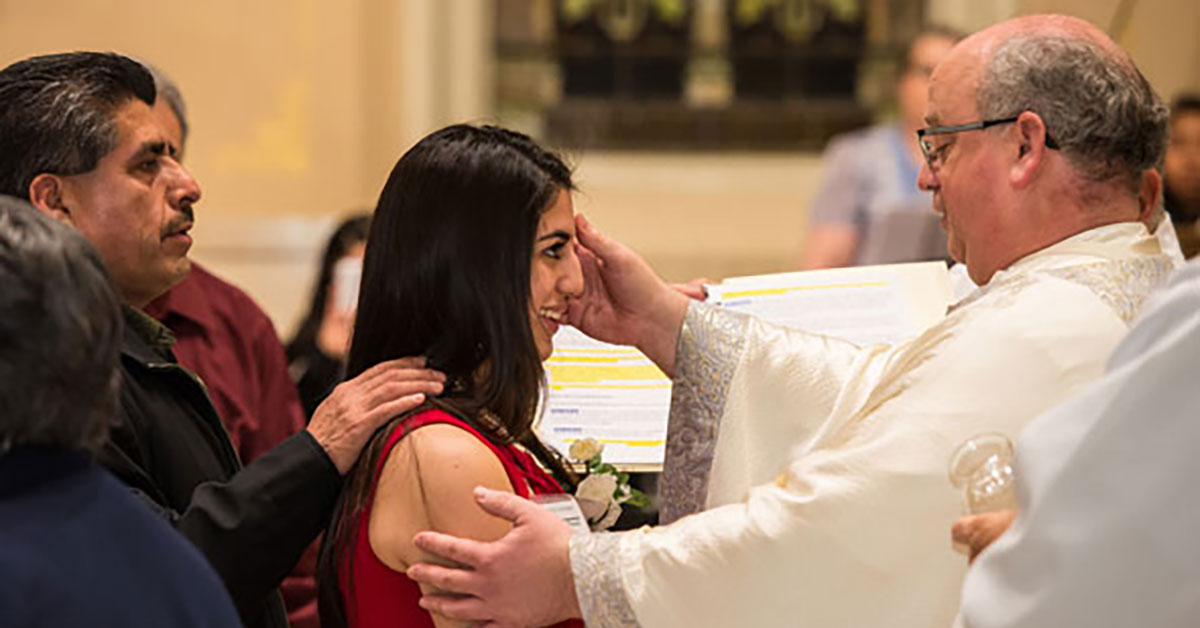 When we are christened and receive our Christian name in the waters of baptism, we are sealed with a very special identity. (CNS photo/Sam Lucero, The Compass) (April 21, 2014)

I have read online that taking a confirmation name is simply an act of personal piety or custom, and not required by the rubrics for the sacrament. Is it possible to later change one’s confirmation name if,  for example, a strong affinity to a different saint arose? – Michelle Evert

Juliet asked Romeo: What’s in a name? She imagined a name as a mere word, saying: That which we call a rose, by any other name would smell as sweet.

For Christians, a given name carries much more weight than just another random word. When we are christened and receive our Christian name in the waters of baptism, we are sealed with a very special identity. Christ claims us as his own. We belong to him and become answerable to him for our conduct in life. When he judges us, we can expect him to address us by that very personal name.

One’s confirmation name, religious name, surname or any other kind of title cannot match the priority of the baptismal name.

Interestingly, in the past number of years, there has been a tendency, among religious sisters particularly, to drop their religious name and revert to their Christian name.

In the early centuries, candidates received confirmation under the name they had assumed at their christening. It was only in later centuries in certain parts of the Western Church that the custom of taking another name at confirmation became current.

The confirmands were encouraged to choose a name, generally of a patron saint, whose virtues inspired them and who would be their particular role-model after reception of the sacrament.

This development was an imitation of baptism, so that instead of the godparents standing for the newly baptised, one or more members of the Church would sponsor those to be confirmed, assuring the officiating bishop of their worthiness.

This practice is, as you mention, a custom; it is not a requirement of the Roman Ritual, so there are regions where no new confirmation name is assumed and the bishop confirms the candidates calling them by their baptismal names. For some reason, it is mostly in English-speaking lands that the taking of a confirmation name has become the norm. Candidates may choose to keep their baptismal name when confirmed if they like.