Pope Francis on Assumption feast: ‘Humility is the way that leads to Heaven’ 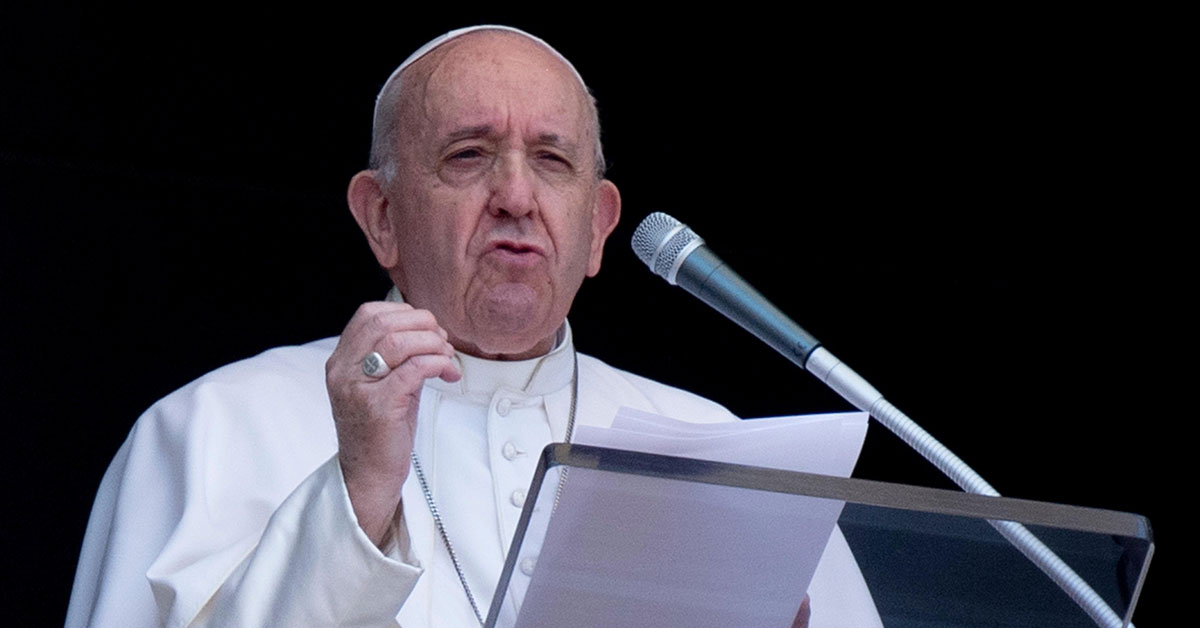 On the Solemnity of the Assumption of the Blessed Virgin Mary, Pope Francis gave a reminder that God exalts those who humble themselves.

“Today, looking at Mary assumed into heaven, we can say that humility is the way that leads to heaven,” Pope Francis said in his Angelus address.

“Jesus teaches this: ‘The one who humbles himself will be exalted’ (Lk 14:11). God does not exalt us because of our gifts, because of our wealth, or how well we do things, but because of humility,” he told the pilgrims gathered in St Peter’s Square for the Marian prayer.

Speaking from the window of Vatican City’s Apostolic Palace, the pope said that it is of fundamental importance for Christians to be “poor in spirit, that is, in need of God.”

“Those who are filled with themselves have no space for God,” Pope Francis said.

“And many times, we are full of ourselves, and the one who is filled with him or herself gives no space to God, but those who remain humble allow the Lord to accomplish great things.”

The pope asked people to examine their lives and to reflect in their own hearts: “How am I doing with humility?”

“Do I want to be recognised by others, to affirm myself and to be praised, or do I think rather about serving? Do I know how to listen, like Mary, or do I want only to speak and receive attention?

“Do I know how to keep silence, like Mary, or am I always chattering? Do I know how to take a step back, defuse quarrels and arguments, or do I always want to excel? Let us think about these questions, each one of us,” Pope Francis said.

The pope pointed out that the human eye tends to “allow itself to be dazzled by what is flashy,” but that God does not look at appearances; God looks at the heart and is “enchanted by humility.”

“Mary’s secret is humility,” he said, noting that the poet Dante called the Virgin Mary “humbler and loftier than any creature.”

“It is beautiful to think that the humblest and loftiest creature in history, the first to win heaven with her entire being, in soul and body, lived out her life for the most part within the domestic walls, she lived out her life in the ordinary, in humility,” Francis said.

After praying the Angelus, a Marian prayer, with the crowd, Pope Francis asked people to pray for Afghanistan, where Taliban insurgents have taken over many cities in the past week following the withdrawal of US forces from the country.

“I ask all of you to pray with me to the God of peace so that the clamour of weapons might cease and solutions can be found at the table of dialogue. Only thus can the battered population of that countrymen, women, elderly and children – return to their own homes, and live in peace and security, in total mutual respect,” Pope Francis said.

The pope also prayed for the people of Haiti after a 7.2 magnitude earthquake on Aug. 14 killed at least 304 people. He asked the crowd gathered in St. Peter’s Square to offer a Hail Mary together to Our Lady of Haiti.

Catholics around the world celebrate the Feast of the Assumption of Mary which commemorates the end of Mary’s earthly life when God assumed her, body and soul, into heaven.

Pope Francis encouraged Catholics to visit a Marian shrine on the feast day, recommending people in Rome to visit the Basilica of St. Mary Major to pray before the icon of Salus Populi Romani, Mary Protection of the Roman People.