Afghanistan’s clear lesson: War is not the answer 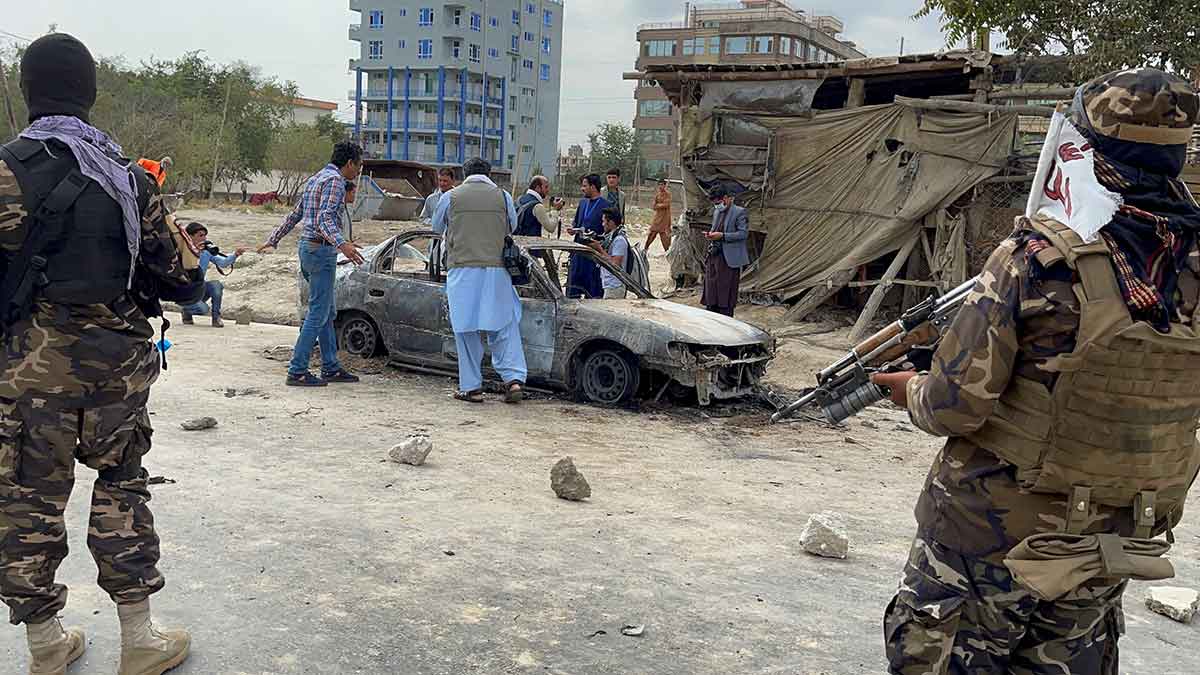 Afghan men take pictures of a vehicle from which rockets were fired, as Taliban forces stand guard in Kabul Aug. 30, 2021. Rocket fire apparently targeting Kabul’s international airport struck the nearby neighbourhood that day, the eve of the deadline for American troops to withdraw from the country’s longest war after the Taliban takeover of Afghanistan. (CNS photo/Stringer, Reuters)

Was it good that the United States and its allies fought a 20-year war against the Taliban in Afghanistan?  Was all of the blood, sweat and tears worth it?

How can any honest, moral, objective view conclude that all of the money wasted, goodwill lost, Americans and allies killed and countless innocent poor Afghan children, women and men sacrificed on the altar of war was worth it.

In his famous speech, “Beyond Vietnam: A Time to Break Silence” – delivered exactly one year before his assassination – Rev Martin Luther King, Jr. prophetically declared that “War is not the answer.”

He added, “We must find an alternative to war and bloodshed.” The war we are fighting “has strengthened the military-industrial complex.” This war “has played havoc with our domestic destinies … it has put us in a position of appearing to the world as an arrogant nation. … The judgment of God is upon us today.”

These words spoken by Rev. Martin Luther King, Jr. concerning the Vietnam War could just as easily be spoken about America’s violent involvement in Afghanistan.

Yes indeed, like the Vietnam War, the armed conflict in Afghanistan, not to mention the known wars in places like Iraq, Syria – and God and the CIA only knows where else – “has strengthened the military-industrial complex” once again.

At Vatican II, the world’s Catholic bishops prophetically declared: “Since peace must to born of mutual trust between nations and not be imposed on them through fear of the available weapons, everyone must labour to put an end at last to the arms race.”

Furthermore, Pope Francis has repeatedly added his voice boldly condemning the arms race and those who profit from it.

Imagine the good that would be accomplished and the goodwill that would be established if we converted our weapon plants into factories that construct goods that protect and enhance life – especially the lives of the poor, vulnerable and the life of our common home planet Earth.

For those who think this is naïve, consider that the reverse happened during World War II. According to historian John Buescher, no American cars, commercial trucks, or auto parts were made from February 1942 to October 1945. “The auto industry retooled to manufacture tanks, trucks, jeeps, aeroplanes, bombs, torpedoes, steel helmets, and ammunition under massive contracts issued by the government”.

The Catholic bishops at Vatican II taught that in order for peace to be built up, injustice must be uprooted – especially excessive economic inequalities.

All Catholics, other followers of Christ – the Prince of Peace – and all people of goodwill need to pray, dream, dialogue, educate, plan and build a world where everyone is seen as a brother or sister and everyone’s basic needs are met.

The world’s Catholic bishops at Vatican II challenged us to put an end to war by boldly declaring: “It is our clear duty, then, to strain every muscle as we work for the time when all war can be completely outlawed by international consent.”

Are we finally up to it?