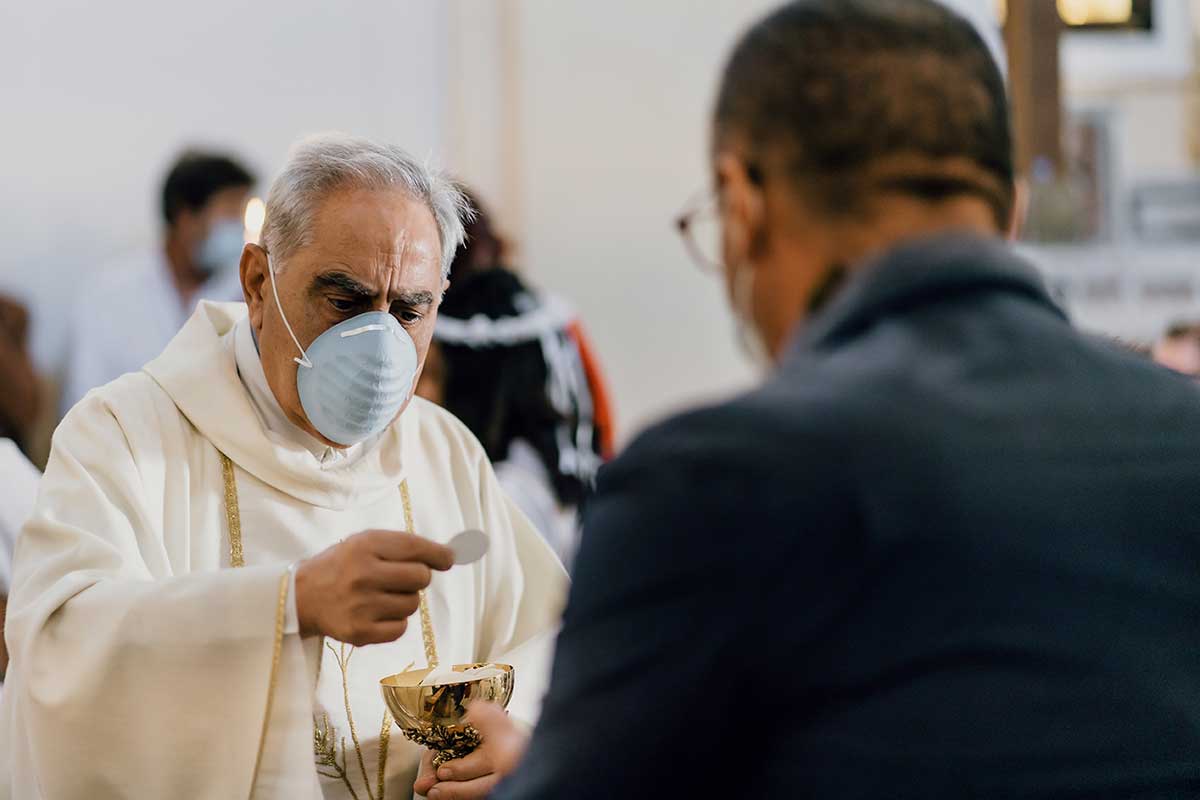 I am confused about whether I can receive the Eucharist at Mass and then receive it again at a Communion service. Some seem to say yes, others no. Many don’t know or care. What if I want to receive at a funeral Mass on the same day? P Evans

Canon 917 says that any person who has received the blessed Eucharist may receive it again on the same day only within a eucharistic celebration in which that person participates.

This needs a little explanation. If you have received the Eucharist at a Mass or at a Communion service in the morning, and then get the opportunity to take part in the celebration of Mass later in the day, you may receive the Eucharist again.

However, the reverse would not be the case. If you have received Communion either at a Mass or a Communion service, and then attend a Communion service later that day, you may not receive again. The canon allows a second reception only within a eucharistic celebration in which you participate.

These rules would apply whenever a funeral or wedding is celebrated within a Mass at which you are present.

The only exception is in the case of danger of death from whatever cause. Then, even if someone has received the Eucharist, whether within or outside Mass, they may receive again.

The eucharistic celebration is both a sacramental re-enactment of Christ’s saving death and the spiritual food that unifies us in Christ. The altar, therefore, represents both a place of sacrifice and a table laid for a meal.

By taking part in the Mass we first, with the priest, offer the sacrifice of Christ’s body and blood to the Father, then we receive Communion.

The Church has no greater act of worship than this. It solemnly unifies us with God and one another, and explains why the Church sees it as an anticlimax to receive at a Communion service afterwards, and disallows it, with the exception I have mentioned.

Vatican II said: Hearty endorsement is given to that closer form of participation in the Mass whereby the faithful, after the priest’s communion, receive the Lord’s body under elements consecrated at that very sacrifice. (Sacrosanctum Concilium, 55)

The purpose of Canon 917 is to accentuate the importance of the Mass as the supreme act of worship.